We had warned our investor’s in the previous analysis that the rise in Ether’s market dominance at the cost of Bitcoin was a sign that the crypto bull run is in its final legs. Strategists at JPMorgan Chase & Co. and DataTrek Research LLC have also echoed a similar warning.

JPMorgan analysts wrote in a note on Friday that the drop in Bitcoin’s dominance and the huge rally in altcoins signals froth as it indicates increased retail participation. DataTrek’s co-founder Nicholas Colas warned that history indicates the altcoin party may reverse direction sharply after Bitcoin’s dominance hits 40%.

We did not suggest any trade in Bitcoin last week as we believed that every higher level will bring additional supply and that is what seems to be happening. The BTC/GBP pair surged above the moving averages on April 30 but the bulls could not sustain the rally.

Bitcoin broke above the downtrend line of the falling wedge pattern on May 8 but the bulls could not build up and start a new rally higher, as we had predicted in our previous analysis. The price re-entered the wedge on May 10 and broke below the moving averages, suggesting the bears are selling on every minor rally. The first support on the downside is £38,000.

If the bears sink the price below this support, the BTC/GBP pair could drop to £33,705.58 and then to £31,005. A breakdown from this level could result in a massive long liquidation. The flat moving averages and the RSI below 45 suggest the bears are making a comeback. This negative view will invalidate if the price turns up and breaks above £42,653.53.

We do not find any buy setups at the current levels, hence we are not recommending any long positions in it. However, professional traders may gear up to soon short the pair.

We had mentioned that shorting opportunities may open up for professional traders and that is what happened. Bitcoin broke below the £38,000 support on May 12, which triggered panic selling. The BTC/GBP pair continued to move lower and reached the £31,005 support on May 17. The bulls are currently attempting to defend the £31,005 support.  Read more

We had pointed out in our previous analysis that Ether may be topping out and our assumption was proven right. Although the biggest altcoin rose above £3,000 on May 12, aggressive profit-booking dragged the price lower, forming a bearish engulfing pattern. The bulls again tried to resume the uptrend on May 14 but the up-move fizzled out at £2,965.68. The selling resumed on May 15 and pulled the ETH/GBP pair below the 20-day EMA on May 17. Read more

Bitcoin broke above the downtrend line of the falling wedge pattern on May 8 but the bulls could not build up and start a new rally higher, as we had predicted in our previous analysis. The price re-entered the wedge on May 10 and broke below the moving averages, suggesting the bears are selling on every minor rally. The first support on the downside is £38,000. Read more

Ether made a new all-time high of £2,984.73 on May 10 but the bulls could not sustain the higher levels. The Doji candlestick pattern on the day suggests the rally may be tiring out. If the bears pull the price below £2,560.80, the ETH/GBP pair could drop to the 20-day EMA. If the price rebounds off the 20-day EMA, it will suggest the sentiment remains bullish and traders are buying on dips to strong support levels. Read more

XRP broke above £1.21368 on May 6 but the bulls could not sustain the higher levels as seen from the long wick on the day’s candlestick. We had anticipated such a bull trap, hence we had not recommended any long positions in the previous analysis. The XRP/GBP pair plunged below the 20-day EMA on May 10, suggesting a change in the short-term sentiment. Although the bulls defended the 50-day SMA on May 10, the relief rally is likely to face stiff resistance at the 20-day EMA. Read more

Cardano broke above the £0.71001 and £1.07197 range on May 6, indicating that the bulls have overpowered the bears. The ADA/GBP pair hit a new all-time high at £1.31706 on May 9 but the bulls could not hold the higher levels. Aggressive profit-booking on May 10 dragged the price down to the breakout level at £1.07197. Though the bulls purchased this dip, they are struggling to sustain the momentum today. This suggests that traders are closing their positions on rallies. Read more

The dip on May 10 could have triggered the stop-loss, which was suggested to be kept at breakeven in our previous analysis. Usually, when an asset struggles to continue higher after making a new all-time high, it is a sign of exhaustion. The bulls are attempting to defend the 20-day EMA. If they succeed, the BNB/GBP pair may remain range-bound between the 20-day EMA and £493.20 for a few days. Read more

May 13, 2021, Edinburgh – Zumo is delighted to introduce its non-custodial cryptocurrency wallet and payment platform to users of the Platinum Crypto Academy.

Greetings!, Let me introduce you to the revolutionary PointPay project which was created in 2018. In contrast to most ICOs held during the then crypto boom, we set a clear goal for ourselves: to prove that our strategy “No empty promises, but real deeds.” is right. This atypical strategy is gradually being implemented – to date, a number of unique products have been created that are fully functional:
– Token sale platform;
– A native off-chain technology that allows sending instant transactions within the whole PointPay ecosystem with only one account needed to use all products; Read more

Tican is one of the world’s most comprehensive decentralized blockchain platform for instant crypto payment. Tican is a multi-gateway payment system that will accept Bitcoin, Ethereum, Litecoin and USDT. TICAN is created to become the best payment gateway for cryptocurrency, fiat cross boarder financial transfer and resolve any issues that might limit transactions on other crypto platforms. For safe transactions, Tican has created a decentralized blockchain with a web wallet and extra APIs. Read more 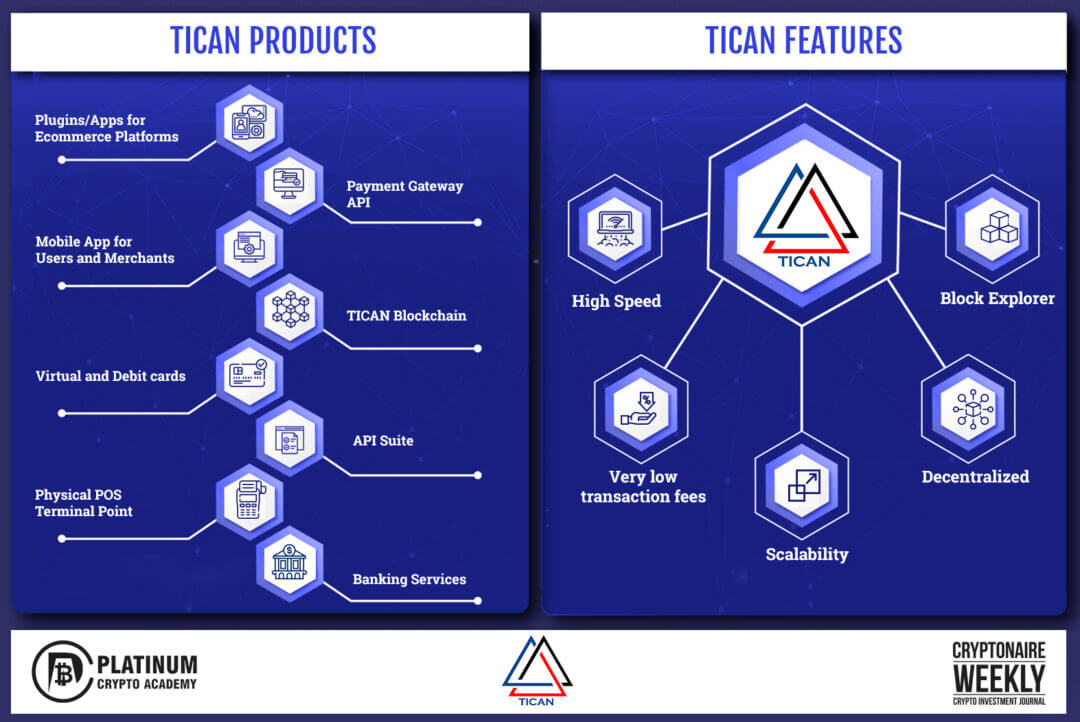 Demand for a new Ethereum-based meme coin is through the roof. But investors have been warned.

A Dogecoin knockoff, Shiba Inu, is the latest meme coin to grab investors’ attention. Today, Binance announced it will allow trading of the ERC20 token because of high demand.

But the exchange’s CEO warned of the token’s volatility. Read more

Ripple released its Q1 2021 report showing a solid performance during the first quarter of the year.

This includes XRP sales that were up by almost 100% compared to the previous quarter and data showing accumulation from “whale” (holders of a large number of tokens) wallets, despite the ongoing US Securities and Exchange Commission (SEC) lawsuit. Read more

Bitcoin (BTC), the world’s largest cryptocurrency continues to receive strong interest from some of the biggest tech billionaires in the world. In a recent development, Facebook founder Mark Zuckerberg has hinted his support for Bitcoin in a public post shared on his Facebook timeline. Sharing an image of two goats, Zuckerberg wrote: “My goats: Max and Bitcoin”. Read more

According to Bloomberg, UBS is exploring various alternatives to offer its wealthy clients exposure to cryptocurrencies like Bitcoin. Read more

Former Finance Secretary Subhash Chandra Garg, who headed the committee that drafted India’s cryptocurrency bill, says that the government should not ban cryptocurrencies but regulate them instead. He further urges the government to encourage crypto services.

Tican Payment Gateway is a Top cryptocurrency payment gateway and in today’s article we explore exactly why this is!