Bitcoin’s recovery has been facing stiff resistance near the psychological level of $50,000 for the past few days. One of the reasons could be that traders are playing it safe because the month of September has not been favorable for a rally in Bitcoin. Since 2013, September has seen only two positive monthly closes and the best record has been a meagre 6.04% increase in 2016.

In a tweet on August 24, John Bollinger, the creator of the popular technical analysis indicator Bollinger Bands, asked traders to book partial profits or hedge their positions in Bitcoin. He even said that aggressive traders could open short positions as he was anticipating lower levels but added that there was no confirmation yet.

OUR BLOG ARTICLES FOR THIS SPECIAL ISSUE ARE
DISRUPTING THE MULTI-TRILLION DOLLAR GLOBAL HEALTHCARE INDUSTRY,
RADIOLOGEX IS A MARKET LEADER IN MAKING,
EXPLORING THE POTENTIAL OF WEREWOLF ASSETS – WHAT CAN YOU DO WITH
YOUR WEREWOLF ASSET?,
COOP NETWORK– A DECENTRALISED DIGITAL SUPPLY NETWORK FOR THE CANNABIS
INDUSTRY,
&
WHAT IS THE GLOBAL CHALLENGE LEADING TO HALF THE WORLD STILL BEING
UNCONNECTED?

We had suggested traders book profits on 75% of their open positions in our previous analysis as we expected Bitcoin to face stiff resistance at the 61.8% Fibonacci retracement level at £36,834.35 and then again at £38,000.

The BTC/GBP pair turned down from £36,075.24 on August 29 and has reached the 20-day exponential moving average (EMA). This is an important support for the bulls to defend because if it cracks, the decline could extend to £32,000 and then to the 50-day simple moving average (SMA).

The flattening 20-day EMA and the relative strength index (RSI) near the midpoint indicate that bulls are losing their grip. This negative view will invalidate if the price rebounds off the current levels and rises above the August 23 intraday high of £36,999. Such a move could signal the resumption of the uptrend. If that happens, the next stop could be £38,000 and then £42,000.

The btc to gbp pair rallied to £36,999 on August 23. Traders who had purchased on our earlier recommendation may book profits on 75% of the open positions and trail the rest with a stop-loss below the 20-day exponential moving average (EMA).  Read more

The bulls pushed Ether above the overhead resistance of £2,400 on August 23 but could not sustain the breakout. The bears pulled the price back below £2,400 on August 24. This suggests a lack of aggressive buying at higher levels.

Although the price rebounded off the 20-day EMA on August 27, the bears have continued to pose a stiff challenge at £2,400. Read more

We had expected XRP to rally to £1 and then to £1.20 if bulls pushed the price above the overhead resistance of £0.938 but that did not happen. The XRP/GBP pair turned down from £0.9161 on August 24 and dropped to the 20-day EMA on August 26. The price rebounded off this support on August 27 but the bulls could not challenge the overhead resistance. This suggests that bears are selling on rallies. The price has again dipped to the 20-day EMA. Read more

We had projected in our previous analysis that the RSI was in the overbought territory and a pullback to the breakout level of £1.75137 was possible and that is what happened.

The ADA/GBP pair corrected to £1.78 on August 26 but the bears could not keep the price down. The pair rebounded sharply on August 27, indicating strong buying at lower levels.  Read more

In our previous analysis, we had recommended traders book profits on 75% of the open positions and that proved to be the right call. Although Binance Coin rose to £377 on August 26, the bulls could not sustain the higher levels.

The buyers again attempted to resume the up-move on August 28 but hit a wall at £360.80. This has pulled the price back toward the 20-day EMA.  Read more

Subscribe to the latest crypto news digital magazine for the latest updates about profit and loss in cryptocurrency.

THE ARISTO TOKEN, A POWERFUL ERC20 TOKEN IS HERE!

No More Excuse!
No More Fear
The Aristo A Powerful ERC20 Token Is Here!

The story commenced from our weekly board meetings, when every director was complaining about crypto volatility and related Indexes, that how sentimental affect our business!  Read more

Following last week’s announcement, we are thrilled in anticipation of the main net launch of our yield farms, the first piece of our unique staking solution, featuring layers of passive income: CATS Yield Farms

In this blog, we’ll go in detail about yield rewards and what you can expect. Read more

DeGeThal is a banking and cryptocurrency trading platform that targets the current needs of users for any level of investment. The company has private capital, and together with the partners and the international team there is a vision of listing on the stock exchange and orientation towards Europe, Asia and the USA. This is how we understand the speed and the stakes on the financial market. That is why it is oriented towards the drastic decrease of the time to receive, transfer, or exchange money in your account from a few days to a few seconds, worldwide.  Read more

BONDEX: THE NEXT GENERATION TALENT ECOSYSTEM ON BLOCKCHAIN WITH INNOVATIVE EMERGING TECHNOLOGIES

Our mission is to democratize talent and unify the fragmented global labor market. Bondex is an ecosystem, providing decentralized infrastructure to build the future of work. Our plan is to build the ecosystem on a global professional network and talent, utilizing Blockchain hosted on the decentralized Internet Computer.
“Platinum Crypto Academy has the reach and expertise to both educate and prepare everyday individuals for mass adoption of Crypto.” Read more

TOKENIZE THE FUTURE WITH OMNIA DEFI

The way that NFTs are evolving means that so is everything we thought we knew about commercial and legal ownership. It began with the crypto punks, and now it’s getting serious. One of the major players in the real world asset tokenization field is about to launch their first token on the BSC network, and it’s got a lot of people talking. Read more

Blockchain has enabled the tokenization of assets and the creation of a gaming asset market in a decentralised nature. Given that anyone can scan and verify the record, it leads to increased trust among the cryptocurrency investing users. Defi or decentralised finance, one such product of blockchain technology, is an ecosystem where financial applications are built on the top of the blockchain networks Read more

Blockchain has gained some attention as an emerging technology that can disrupt a few industries in recent years. Industry segments include music and streaming, government and education, and banks and financial institutions. We can visualise the power of blockchain by referring to the Internet just a few decades ago and how far we’ve come today. Read more 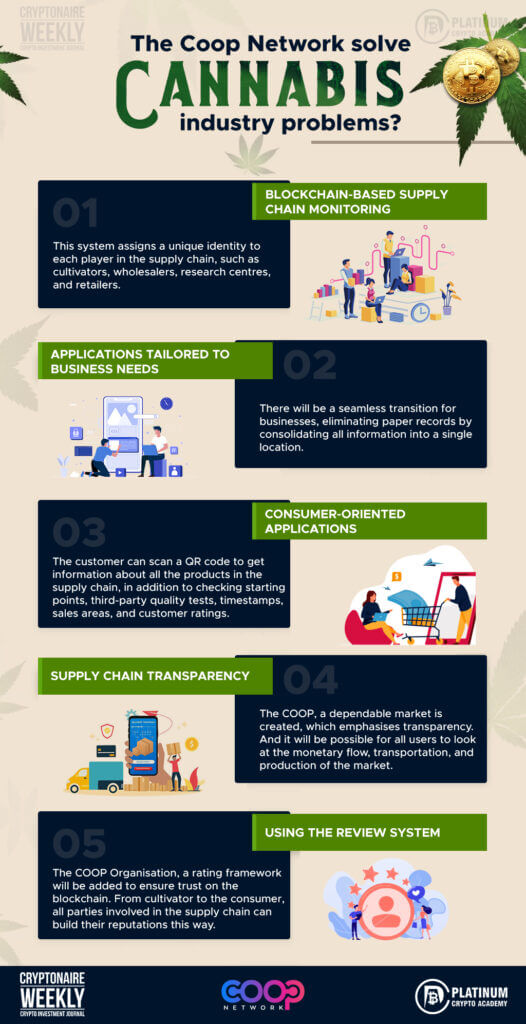 The startup wants to become a DeFi “brand” across multiple blockchains. Lending startup Parallel Finance raised $22 million in a Series A funding round that valued the polkadot- and kusama-focused decentralized finance (DeFi) protocol at $150 million. The round, one of the single-largest hauls for a project building on Polkadot’s multi-chain network, comes just months after Parallel’s $2 million pre-seed round of funding. Polychain Capital led the round with participation from Lightspeed Venture Partners, Slow Ventures, Blockchain Capital and Alameda Research. Read more

OpenSea is leading the charge on Ethereum NFT collectibles, but how does it stack up against leading physical goods marketplaces? Ethereum NFT marketplace OpenSea has logged more than $3 billion in trading volume so far in August, and set a new daily record on Sunday. It’s a nearly 10x multiple of the platform’s July trading volume of $325 million. Read more

WHAT IS THE GLOBAL CHALLENGE LEADING TO HALF THE WORLD STILL BEING UNCONNECTED?

Globally, more than one thousand mobile operators have invested more than a trillion dollars into creating robust network infrastructure. Giant technology firms have also invested billions of dollars in their efforts to reach the unconnected via a range of advanced technological approaches. However, according to a United Nations estimate, almost half of the world’s population doesn’t have access to the internet or is yet to get connected even in 2021.  Read more

MICROSOFT IS AWARDED US PATENT FOR CRYPTO TOKEN-CREATION SERVICE

The patent describes a ledger-independent system for helping users to create and manage tokens across different networks. Microsoft has been awarded a U.S. patent for software it says can help users develop blockchain applications by making it easier and more efficient to create crypto tokens for different distributed ledgers. According to the patent, creating and managing tokens is currently “difficult and cumbersome” due to the lack of standardization across different blockchains. Read more

The concept of blockchain tech in healthcare in undoubtedly disruptive but this is not to be confused with a magic pill that will solve emerging problems in an ever-changing and interconnected digital health ecosystem. It should be considered as an evolutionary journey for blockchain-based applications in the healthcare industry. Read more

Celo has been making a play for DeFi users. Now DeFi protocols such as Aave, Curve, and Sushi are sweetening the pot. Celo is a “mobile-first” blockchain platform. It’s secured $100 million in funding for grants, education, and token incentives from DeFi protocols. Celo is a relatively new blockchain project that aims to bring cryptocurrency tools to every person with a smartphone, especially those who have trouble accessing bank accounts. But who needs bank accounts when you can have access to asset swaps, flash loans, and investment vehicles without any financial intermediaries? Read more