Despite the slight downturn, the institutional adoption of Bitcoin continues to increase. Filings with the United States Securities and Exchange Commission show that four wealth management firms have bought shares in Grayscale’s Bitcoin Investment Trust.

A survey of about 42,000 people in 27 countries by product comparison website Finder showed a high adoption rate in Asia. Among the countries polled, Vietnam had the highest adoption rate at 41%, while India and Indonesia had a 30% adoption rate.

OUR BLOG ARTICLES FOR THIS SPECIAL ISSUE NEXT LEVEL ASSET TOKENIZATION: HOW GENIUX TOKEN LEVERAGES BLOCKCHAIN TO ALLOW PRIVATE INVESTORS TO TAP INTO THE REAL ESTATE MARKETS

Traders dumped assets perceived as risky on fears that a default in Chinese developer Evergrande could roil financial markets across the world. Both European and US stock markets witnessed sharp losses on Monday and crypto markets also sold off, though most coins are attempting to start a recovery today.

The moving averages have completed a bearish crossover and the relative strength index (RSI) has dropped into the negative territory, indicating that sellers are in command. The long tail on today’s candlestick shows that bulls are attempting to defend the critical support at £31,011. However, any relief rally to the 20-day exponential moving average (EMA) and the downtrend line is likely to attract selling. If the price turns down from this overhead resistance zone, the bears will try to resume the down move.If the BTC/GBP pair plummets and closes below £31,011, the next stop could be £26,845. Such a deep fall could delay the start of the next leg of the uptrend.

The first sign of strength will be a break and close above the downtrend line. If that happens, the pair could climb toward £38,000. We will wait for the price to confirm a bottom before recommending any fresh trade in it.

Although Bitcoin rose above £34,398.41 on September 15, the bulls could not sustain the higher levels. The bears pulled the price back below the moving averages on September 20, resulting in panic selling. The moving averages have completed a bearish crossover and the relative strength index (RSI) has dropped into the negative territory, indicating that sellers are in command. The long tail on today’s candlestick shows that bulls are attempting to defend the critical support at £31,011.  Read more

We had expected Ether to pick up momentum after breaking above the overhead resistance at £2,587.26 but that did not happen. The ETH/GBP pair turned down from £2,657 on September 16, trapping the aggressive bulls.

The bears pulled the price back below the 20-day EMA on September 17 and the selling intensified on a break below the 50-day simple moving average (SMA) on September 20. Read more

Cardano rose above the 20-day EMA on September 16 but higher levels attracted strong selling as seen from the long wick on the day’s candlestick. The ADA/GBP pair gradually drifted down to the 50-day SMA and plummeted below it on September 20. This suggests that supply exceeds demand. The moving averages are on the verge of a bearish crossover and the RSI is in the negative territory, suggesting that bears are in control. Read more

The failure of the bulls to sustain Cardano above £2.16173 could have attracted profit-booking by short-term traders on September 7. The selling picked up momentum on the break below the 20-day EMA and the ADA/GBP pair plunged to the 50-day SMA. The long tail on the September 7 and 8 candlesticks suggests that bulls aggressively bought near the 50-day SMA. Read more

Binance Coin rose to the 20-day EMA on September 15 but the bears were in no mood to relent. They aggressively defended the overhead resistance and pulled the BNB/GBP pair below the 50-day SMA on September 17. The bulls tried to reclaim the level on September 18 and 19 but could not sustain the price above the 50-day SMA. This could have attracted further selling and the pair broke below the September 7 intraday low of £268.10.   Read more

Subscribe to the latest crypto news digital magazine for the latest updates about profit and loss in cryptocurrency.

THE KANALOA NETWORK – A NEW WAY OF DOING THINGS

Kanaloa Network is a decentralized finance token and blockchain solutions provider focused on lowering the technical barrier and broadening the gateway into the world of DeFi. Kanaloa Network is the “NEBULA OF DEFI”, providing casual users an array of user-friendly products and the ability to safely participate in the exciting world of blockchain and decentralized finance with ease. Read more

Cryptonaire Weekly, the number one crypto trading magazine, by Platinum Crypto Academy, will be publishing its 200th Edition, keeping you updated on the latest cryptocurrency developments. Cryptonaire Weekly is proud to announce the publishing of its 200th edition of the magazine this week, since it was established in 2017. Read more

Everyone enjoys music. Regardless of any genre, music has become an integral part of life and an effective medium for exchanging culture. Music is not just entertainment; it is a large, capitalised industry. It is estimated that the global music industry amounted to $53.77 billion and is estimated to rise at 10% every year for the next 5 years. The music events industry is projected to have a 4 times higher growth rate than any other entertainment industry in the world These are all generated from ticket sales, albums, digital, etc. Read more

CRYPTOCURRENCY IS PICKING UP STEAM IN SMALL CITIES IN INDIA

Cryptocurrency usage and trading are experiencing a boom in India, and most of this growth is coming from small cities. According to reports from local exchanges, the growth has been exponential. The profile of these new participants has also been interesting, as they are highly educated, not only focused just on bitcoin, and are open to diversifying their portfolios with more exotic offerings. Read more

ZUG, Switzerland – RMRK, an advanced non-fungible token (NFT) project, has released their Kanaria bird NFT project, ushering in the first wave of next generation NFTs. “The long anticipated release of Kanaria and trading has been well met by the community and Bruno, with vision beyond his time, has been able to achieve with the RMRK standard on Kusama what many on Ethereum are still trying to accomplish” says Mahalleinir from D1 Ventures, an early backer. Read more

A TThe raise values the company at $4.3 billion. Sorare is taking on the future of sports NFTs with record-setting support. The European fantasy soccer and digital collectible platform announced a $680 million Series B raise on Tuesday, the largest ever in the non-fungible token (NFT) space. The round’s lead investors include SoftBank Vision Fund, LionTree, Bessemer Ventures, IVP, Hillhouse and Atomico. The funding round values the company at $4.3 billion. Read more

T he Evergrande fiasco appears to be driving the correction in global stock markets, but data shows this isn’t deterring pro traders from buying the BTC dip. Bitcoin (BTC) investors seem concerned about the increasing speculation that China’s second-largest property developer, Evergrande Group, will default on its $300 billion in debts. These fears manifest in global equities markets which saw a 1.5% to 3% drop at this morning’s market open.

NEXT LEVEL ASSET TOKENIZATION: HOW GENIUX TOKEN LEVERAGES BLOCKCHAIN TO ALLOW PRIVATE INVESTORS TO TAP INTO THE REAL ESTATE MARKETS

With the changing times, people need to get used to the trends. At this moment, crypto investments are the best thing for Millennials and small-scale investors. With proper strategies, one can get a new way of passive income with more stability and higher returns through real estate. Both real estate and crypto token investments are becoming intertwined. The genius estate is becoming the leader in this scenario. This new-age company is using blockchain and the latest technologies to ensure that investors get it easy.  Read more

US HOMELAND SECURITY SIGNS A $1.4 MILLION DEAL WITH COINBASE ANALYTICS

S aThe crypto exchange signed its largest “law enforcement sensitive” federal deal yet for its Coinbase Analytics software. The Immigration and Customs Enforcement (ICE) branch of the US Homeland Security has inked a $1.36 million deal with the cryptocurrency exchange Coinbase. According to the Federal Procurement Data System, this contract has been given for “business application” and “application development software.” The contract further reads, “This requirement is LAW ENFORCEMENT SENITIVE[sic], therefore minimal information will be provided publicly.” According to the contract summary, read more

As people sought a different option to trade assets, NFTs first appeared in 2015 as a way of transferring assets and later on collectables. A major surge in popularity occurred in late 2017 when crypto punks and crypto kitties arose. With each passing minute, NFTs are becoming more popular. Since NFTs are unique and valuable, they have become the latest trademark for the rich to display their wealth. Read more 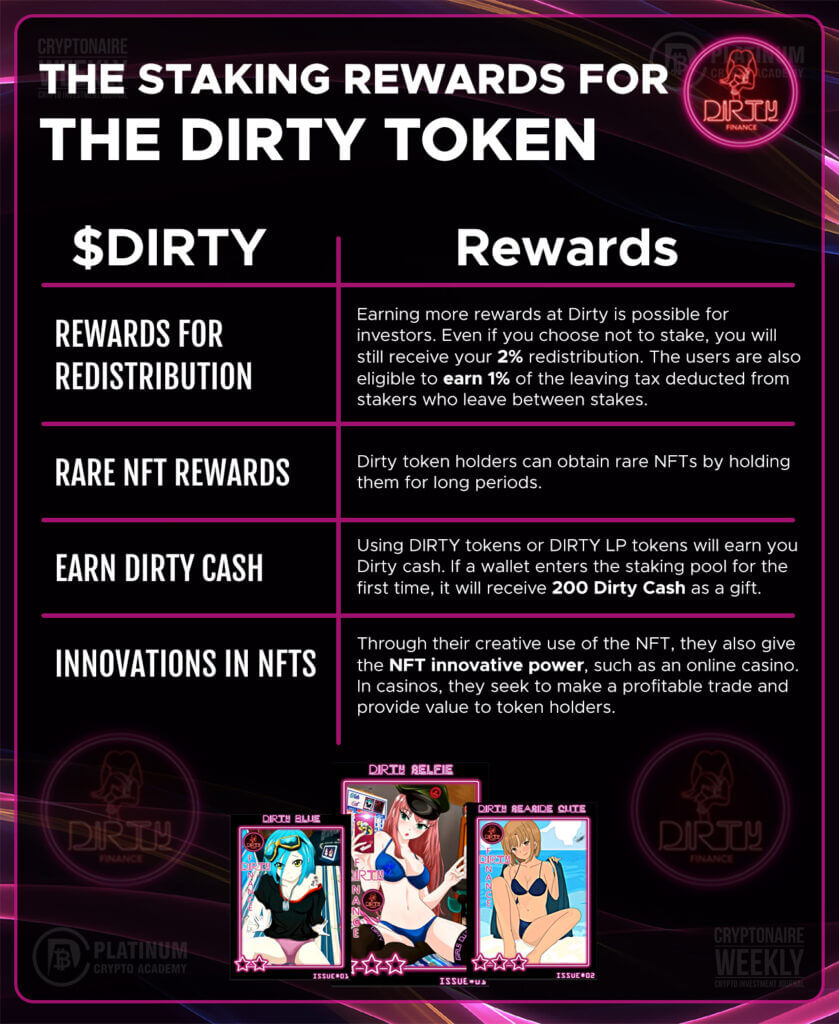 The SEC said it would sue Coinbase should the exchange launch Lend. Coinbase is no longer launching its crypto lending product, the company said Friday. In September, the exchange’s CEO Brian Armstrong announced the U.S. Securities and Exchange Commission (SEC) had told Coinbase that it would sue the exchange if it launched the product, dubbed “Lend.” Coinbase later quietly updated a June blog post to announce “we are not launching the USDC APY program announced.”

Brazil’s biggest investment bank, BTG Pactual is launching direct bitcoin and ethereum buying and selling through a new platform called Mynt. “We will make available bitcoin and ethereum trading to meet the demand from our customers who wish to invest in cryptos,” Roberto Sallouti, the CEO of BTG Pactual, said before adding: Read more