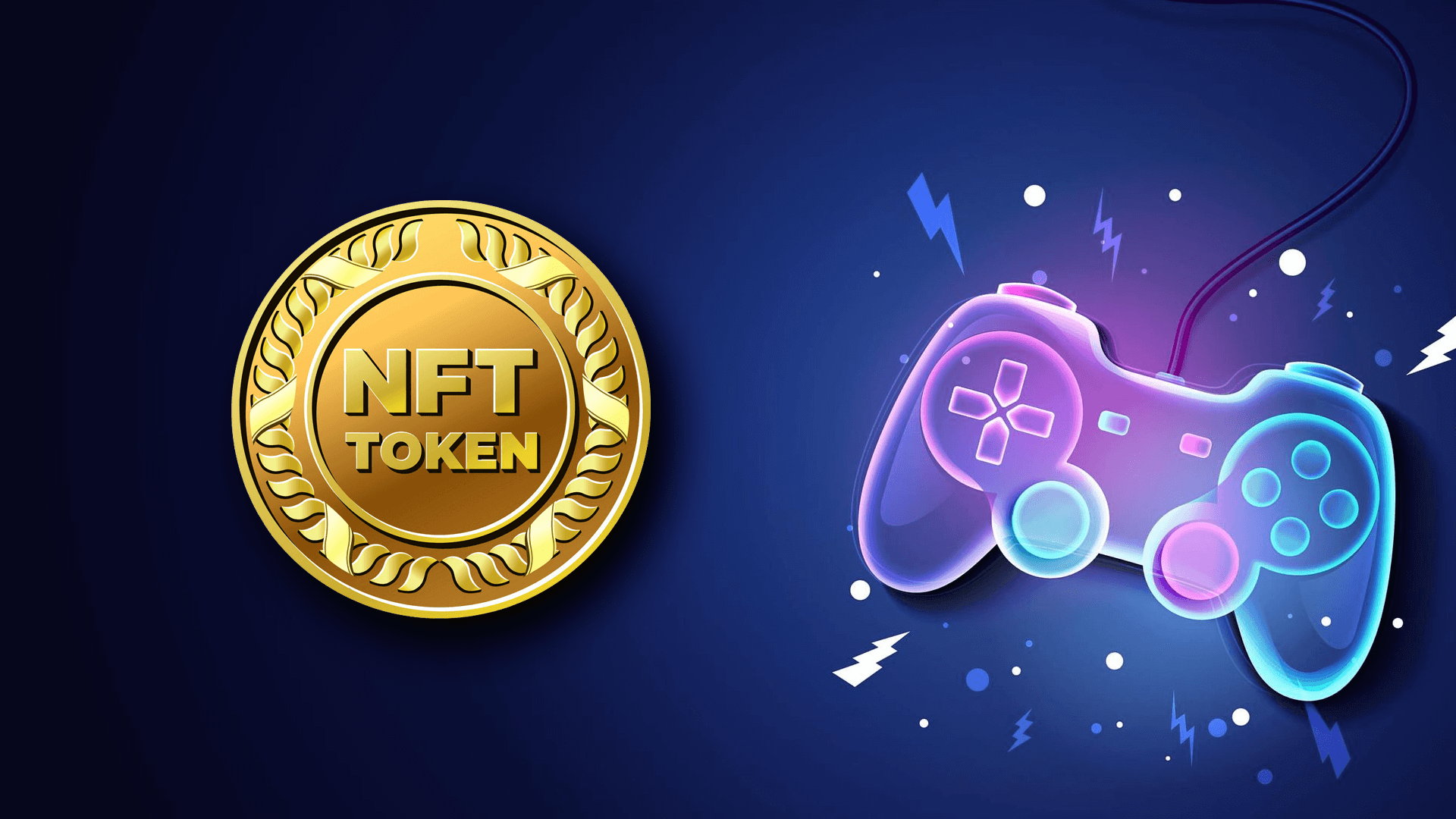 There are various ways to earn money in the digital world but, one of the most easy and entertaining ways, is to play blockchain-based NFT games.

NFTs are known to be unique and tradeable, and, extending it to the gaming industry opens up extensive opportunities for monetization.

In fact, gaming platforms have been around for a long time but it is the developers who have been making fortune out of those games. Players never got the opportunity to earn money by playing those games.

What is an NFT game?

Games involving non-fungible tokens or NFT games are those in which average gamers can monetise their playing time by buying or selling in-game NFTs or complete certain tasks or objectives for rewards in cryptocurrencies.

These play-to-earn games, as NFT games are often called, are growing in popularity and have attracted millions of new users in 2021, primarily due to the financial incentives involved that helps users to convert their playing time into a revenue stream.

NFT games use blockchain technology to prove ownership history, as assets secured by blockchain cannot be edited and are available for all users or players to view.

When an in-game NFT or collectible is bought, the ownership and other details are stored in the blockchain, thereby making it difficult to crack open or execute cyber attacks.

Ownership is key to NFTs and, in the case of NFT games, it enables the players to buy and trade in-game NFTs without having to worry about cyber attacks.

Are NFT games a scam?

In NFT games, the players are granted the right to utilise the specific service or benefits that the NFT represents.

Since it is an NFT on blockchain, the player also has the ability to sell or transfer the NFT, or the in-game rights associated with it, to anyone outside the game for real money.

So, essentially, you are giving players an additional option of something they can do with their in-game items. Hence, it cannot be called a scam.

Like any economy, the economy of play-to-earn games too depends on there being a balance or an equilibrium between buyers and sellers.

In NFT games, users can not only invest money in purchasing in-game assets, but also start from scratch without investing any money and by performing various actions.

Besides, almost all NFT games have mechanics that allow you to earn bonuses, which can cumulatively make good profit.

You can try NFT games for fun and it can be financially rewarding.

The value of the in-game items, that you can buy and trade, can appreciate and, thus, be a kind of an investment product for you.

In fact, in-game items generated US $2.3 billion worth of trading volume during the third quarter of 2021.

Therefore, NFT games are still in their early days and many believe there is significant upside ahead as NFTs become more mainstream.

What are the benefits of NFT games?

Transparency is the most important factor in NFT games and it establishes trust among the players.

That transparency is powered by the effectiveness of the blockchain system, as the purchases made in the game are recorded in the blockchain, thereby enabling everyone to view the ownership and other details.

Thus, if and when a player buys an asset that is not supposed to be bought, it will be known to the players and necessary actions may be taken.

Security is another priority in blockchain networks, as the entire data of the game involving each level, are securely saved in the digital ledger. It cannot be deleted or manipulated even if the game shuts down abruptly.

Ownership, as explained above, is another key aspect of the blockchain network.

How do NFT games make money?

Non-fungible tokens or NFTs are known for their ability to be unique and easily tradeable.

NFT games are built on the blockchain network and the in-game assets collectibles are represented as NFTs.

Players play the game, complete certain levels, win battles or whatever is programmed for the game to be completed and then they receive NFTs or can buy them from within the game.

These NFTs can be liquidated by selling them in secondary marketplaces.

NFT games that are play-to-earn

There are many NFT games that are play-to-earn and some of the popular ones are the following:

Axie Infinity – it is a popular blockchain based game that is inspired by the Pokemon game series and was regarded as one of the best NFT games or play-to-earn investment games of 2021.

The game allows players to train, breed and buy monsters called Axies and make them fight with each other against various players. It has enabled several players to monetise their knack for gaming.

The game also features among the new upcoming NFT games of 2022.

Gods Unchained – it is a popular trading cards game, where the cards provided in the game are in the form of NFTs.

The trading cards that are provided in the game, have real world value based on a token called the Gods token.

Splinterlands – this game is built on the efficiency of a blockchain network called Hive.

The crux of this game is to fight against various monsters and win in-game assets or collectibles, which are NFT based and can be traded on different secondary marketplaces.

Play-to-earn Sandbox Games – the Sandbox is the latest entrant in the gaming world and is known for it’s two hit mobile game variations. They are the Sandbox (2011) and the Sandbox Evolution (2016).

One of the main reasons behind the huge popularity of this game is the high volume of downloads on iOS and Android devices.

Play-to-earn Alien Worlds – it is a Metaverse based game that has the ability to be built on numerous blockchain such as Ethereum, WAX and Binance Smart Chain.

The core of this game is based on the concept of mining and exploration, that leads to the discovery of in-game assets in the form of NFTs. The latter can be traded in various secondary marketplaces.

There are numerous other NFT games on the market that feature play-to-earn mechanics, so don’t be discouraged if you don’t like the sound of any of the above, there’s surely a game to suit your play-style.

NFT games are different from just holding crypto collectables in your crypto wallets. An NFT game will use NFTs in its rules, mechanism and player instructions, like representing your unique character or avatar as an NFT.

Other digital items you find while playing could also be NFTs, which you can swap or sell to other players for profit.

Which NFT game pays the most?

Most of the free NFT games promise a 3+ digit percentage return on investment (RoI).

With the booming NFT gaming market, games have the potential for strong growth in future.

Besides, among the NFT games in 2022, there are many gaming NFTs on Binance that are gaining popularity.

Binance has collaborated with over 60 gaming projects and listed over one million gaming NFTs.

Apart from Binance, there are numerous new NFT games coming out every day and many will soon be in the top new NFT games list and will prove to be NFT games worth playing.

Some of the new or upcoming NFT games of 2022 are Mines of Dalarnia, My Neighbor Alice, Mobox, Illuvium, among others.

Pros and Cons of NFTs and games

As with any other investments, there is always the potential for growth in the value of your investments when you buy these non-fungible tokens or NFTs.

NFTs are digital collectables that are non-fungible or essentially, irreplaceable. So, there’s a feeling of exclusivity when you own one them.

There is lot of excitement building around blockchain technology and its future potential. By purchasing an NFT, you are actively taking part in that technological evolution.

In the physical world, records of authenticity and chain of ownership for valuable artworks are difficult to maintain and that’s where blockchain networks shine through.

Having the records saved on blockchain enables clarity of ownership records of all NFTs, thereby ensuring that your digital assets are theoretically never stolen or their ownership questioned.

These factors embolden the belief that blockchain technology could eventually evolve as a better way to manage important and sensitive data and records.

Notwithstanding the excitement and optimism surrounding NFTs, the latter do have certain drawbacks and you would be wise to not ignore them.

Physical arts cannot literally be digitized and the allure of seeing a one-of-a-kind painting with your own eyes cannot be replaced by those digital tokens.

When you purchase one of those non-fungible tokens or NFTs, you are not necessarily purchasing the copyright to that particular artwork.

Instead, all you purchase is a record saying you own the token behind the original asset.

People can still finds copies of those digital artworks, copy and flaunt them on social media and, essentially, showing off what you may have paid millions for.

Currently, the worth of the best NFT games is entangled with sentimental or aesthetic value and, therefore, difficult to ascertain the cost of an NFT as a long term investment.

Then, there is the environmental costs, as any record entered into the blockchain requires enormous computing power and, hence, significant amount of energy.

In fact, many scientists believe the rapidly growing NFT market could be another reason for fast depletion of the environment.

How to enter gaming space?

Play-to-earn NFT games give users the chance to earn money while playing games.

Entering the gaming space requires players or users of NFT games to invest and research, as understanding NFT games or the economy of the game you wish to play, is crucial for any newbie.

In NFT games, players are typically rewarded with tokens and even NFTs. The tokens earned are often needed as part of the crafting process of the games.

Play-to-earn games usually generate liquidity in two ways – one is when players create and sell unique in-game NFTs to other players in a marketplace while the other way is when players are rewarded with in-game crypto assets that can be sold or used to buy more in-game content.

The above factors establish some NFT games as the most profitable NFT games in the long run.

What are crypto wallets?

Crypto wallets are digital wallets that safely store your private keys or passwords that give access to your cryptocurrencies like Bitcoin or Ethereum.

Unlike normal wallets that can store cash, crypto wallets technically do not store any cryptocurrency but only the access to the cryptocurrencies, which live on blockchains.

Your keys or passwords prove your ownership of your digital currency and allow you to make transactions.

What are in-game transactions?

In NFT games, players create and use characters, avatars or other items to assist in their gameplay and trade them with other players.

These items can also be in the form of NFTs and can be sold in the secondary marketplaces for profit.

The NFT gaming space will continue to grow, evolve and get more widely adopted.

Moreover, with the growing interest of billionaire investors and traders, there is a lot of potential for cryptocurrencies to get more involved in the gaming industry.

2022 has already planned out several NFT games and new releases, and people entering the space now will have the early mover advantage. 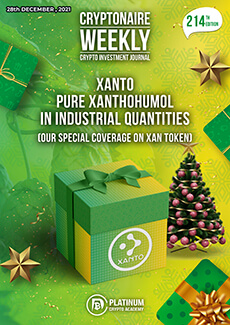