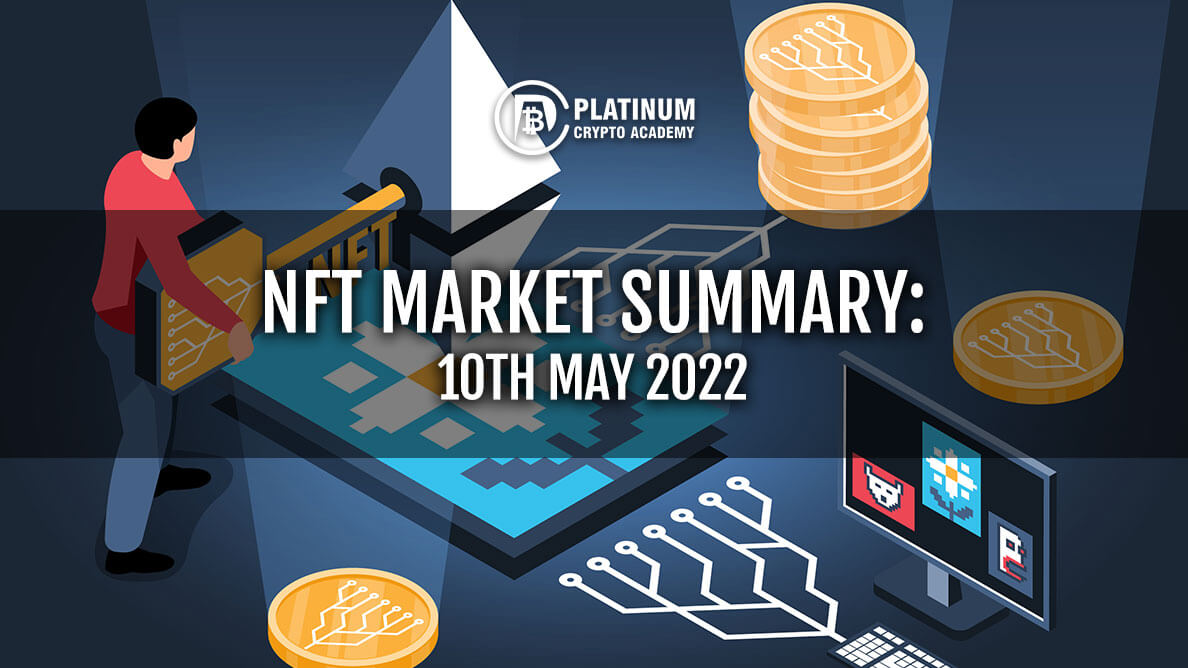 The hype that we saw in the NFT markets in recent times was nothing short of extraordinary. However, recently published data provide certain hard facts that tell a very different story. It can either be interpreted as the end of the hype or start of the maturing of the overall NFT markets.

NFT sales have plummeted significantly since September and even Google Trends show a marked decrease in people search for the term “NFT” online. These data indicate waning interest towards NFT among people. Part of the reasons behind the waning interest in NFT could be the recent proliferation of fake or sub-standard NFT that have flooded the market. It also tarnished the overall credibility of the NFT space.

However, all is not gloom and doom as far as NFT is concerned, because some NFT collections are still doing well. For instance, Moonbirds is an NFT collection that has broken several records and has already generated sales of over US $500 in just few weeks of its launch in mid-April.

Besides, new NFT projects continue to be launched regularly, including some with special causes in mind. Read on to find out more on the current and future outlook of the NFT space.

Sales of NFT have fallen by as much as 92% since September, according to the latest published data by NonFungible, which claims to be the world’s largest NFT data resource. Their analysis found that NFT sales fell to a daily average of 19,000 this week, as compared to 225,000 seven months ago.

The general public seems to be losing interest in NFT, if the recent search volume on Google are to be believed, the NFT data tracker website said in its latest report. Google Trends data showed a massive decline in search interest for the term “NFT”, which declined from a peak of 89 in January to below 25.

The volume sales fell by nearly 50%, with a very marked slowdown in the volume of buyers and sellers. NonFungible observed that the great novelty of the first quarter of 2022 was the evolution of profitability in the markets.

People who had invested in NFT a year ago are now seeing the value of their NFT drop significantly. Twitter founder Jack Dorsey’s first ever tweet was sold as an NFT last year for as much as US $2.9 million but when it went for auction this year, the bids didn’t rise above US $14,000.

The resale profit volume of NFT is down 3% while the total loss volume is up nearly 50% compared to that of the previous quarter. For the first time, some segments show a negative balance. For instance, gaming showed a total loss of almost US $50 million on the segment, which makes it the least profitable segment of the industry from a trading point of view.

However, with nearly US $8 billion traded in the first quarter of 2022, the market cannot be considered to have collapsed, it said. Certain projects such as Moonbirds did well even in this market and attracted US $500 million in trading volume since its inception in April. The Solana blockchain also saw a 91% month-on-month growth. “We are seeing more of a stabilization”, the report said.

How To Buy And Sell NFTs? – An Easy Guide

Coinbase opens NFT marketplace for all

The NFT marketplace of Coinbase is now officially open for all users, although the site is still in its Beta testing phase and has low transaction volume. Initially, it had selected a few users from its waiting list to try out the platform and the selected list mostly included reputed artists and creators.

The platform records about 110 transactions that totals approximately US $60,000 in sales. Compare that with OpenSea, which recorded sales worth US $124 million on May 3, 2022.

The figures for Coinbase seem more surprising, when one considered the fact that several millions signed up to its waiting list when the news of the marketplace was first announced last year. It has even waived off Coinbase transaction fees for a limited period in order to attract users.

For Coinbase, the new NFT marketplace is essentially to diversify its revenue pool and push further growth towards its brand. However, going by the present trend, it will be a while before Coinbase NFT marketplace breaks into the list of top NFT marketplaces in the world.

The Fracture is an established fine art, lore-based NFT project living on the Solana blockchain network. Their legacy collection, the Gods, was minted in October and, since then, the team has been focusing on growing a passionate, organic community and telling the story of The Fracture.

Their next collection, The Bridged, launches on May 12, 2022 and will be the second of the three main factions within The Fracture. It will be launched on the popular NFT marketplace, OpenSea and around 250 of the supply will be available for sale at the mint price.

According to the team behind the project, The Fracture’s deep and immersive lore focuses on bringing a more mature perspective to NFT projects. With expansion of the user base and scaling up the ecosystem to a mass audience being part of the key mission of the project, the team is building a captivating gaming experience and platform.

The charities were chosen after extensive research, with particular attention given to those organizations with low overhead, indicating the bulk of their resources go to assisting those in need.

In terms of the project’s roadmap, the third phase will be the post-mint charity donation and half of all proceeds from the first mint will be given to selected charities divided equally to assist with the ongoing violence in Ukraine. The fourth phase of the roadmap will see the start of the art production of Welina’s second NFT collection.

While we are noticing certain short-term challenges for the NFT market in the form of falling sales and waning interest among the general public, experts still believe that there is a future for NFT and particularly in the gaming sector. Even in gaming, the current outlook is slightly grim and metaverse games are not doing so well.

For some, it may be reminiscent of the bubble-bursting phase of the dotcom era but when you see mainstream banks and Wall Street warming up to the idea of crypto and NFT, there seems to be light at the end of the immediate dark tunnel. Hope you have enjoyed reading it. Thank you.