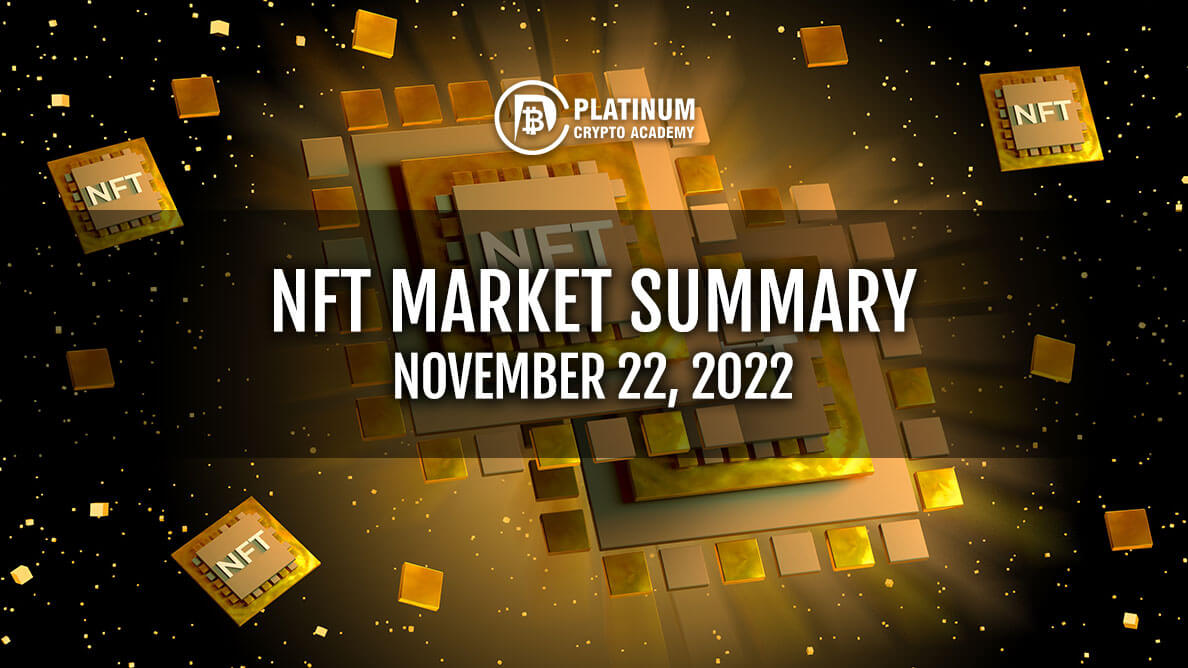 The world’s greatest football extravaganza, in the form of FIFA World Cup 2022, has started this week in Qatar. In the past, several brands used this football frenzy to connect with their target customers and poured money into advertising, promotions and new launches during World Cup football tournaments.

This is perhaps the first World Cup when there is a relatively mature world of crypto and NFT. Not surprisingly, companies in the crypto and NFT space are keen to cash in on the ongoing football frenzy to achieve more visibility and awareness in the minds of millions of football fans. They also hope to convert some of the fans into their potential customers.

Crypto currency exchange Binance has signed a multi-year partnership deal with Portuguese football icon Cristiano Ronaldo and has launched a limited-edition NFT collection based on some of the iconic moments of the football star. Binance said this could be the beginning of many more things to come. The details of it are covered in a separate article.

Singapore-based blockchain start-up E-verse also wants to tap into the football craze and is launching Fantastic Football, a set of NFT cards from the 32 national football teams competing in the FIFA World Cup 2022 being played in Qatar. Participants can purchase the cards by choosing their favorite team to win the final and be in the running to win the big cash prize.

These are just two of the many instances of how Web 3.0 companies are competing with mainstream businesses to tap into the football craze and connect with the fans, as part of their overall business strategy. Read on to find out more.

Singapore-based blockchain start-up E-verse has announced the launch of Fantastic Football, a set of NFT cards from the 32 national football teams competing in the FIFA World Cup 2022 being played in Qatar.

Participants can purchase the cards by choosing their favorite team to win the final and be in the running to win the major prize. Each football card purchased will reflect the performance of the corresponding team in each round by evolving into more unique designs with different traits.

The individual cards purchased will also come with a bonus mystery card which will randomly provide teams. The winner will be randomized from the NFT cards of the team that wins the final in December through the ThunderCore gaming solutions.

ThunderCore is a powerful Layer-1 blockchain and entertainment focused Web 3.0 ecosystem that delivers elite performance and cost-effective scalability for thousands of emerging and growing crypto projects.

Sportswear giant Nike will launch “.Swoosh”, which will be an NFT-enabled platform that will allow users to buy, sell and eventually design virtual shoes and apparel. The “.Swoosh” platform, currently in Beta stage, has its own domain and will allow members to learn about, collect and eventually co-create digital wearables like shoes and jerseys, Nike said.

Following the release of the first digital collection, members will be able to enter a community challenge. Nike will give winners of the challenge the opportunity to co-create virtual products and earn royalties.

Incidentally, the sportswear giant acquired RTFKT Studios, the maker of digital sneaker for the metaverse, last year. Nike also hinted that users will eventually be able to use its assets as wearable items in digital games and other immersive experiences.

The idea behind launching “.Swoosh” is to expand the definition of sport by democratizing the Web 3.0 experience so that everyone can collect, create and own a piece of this new digital world, Nike said in a statement.

Beverage giant Pepsi has launched its first-ever NFT collection for its Indian consumers. The NFT art collectibles are centered on the alterations around the classic Pepsi Black ‘Zero’ visual, inspired from the brand’s passion points to portray poignant nuances such as sustainability, rhythm, movement, creativity, art, the progressing world of social media and gamification.

With the three variations of each theme and four variations inspired from music, the ‘Pepsi Black Zero Sugar’ NFT collection will be listed on OpenSea, the world’s largest marketplace for NFT and crypto collectibles.

The PepsiCo India Design Team, in partnership with illustrator TimeaBalo, has curated the NFT collection for Pepsi Black. The NFT collection is based on the brand’s pillars of ‘innovation, self-expression and evolution’, Pepsi said, while adding that the brand would release a set of 20 NFT minted on the Polygon blockchain network.

Inspired by the brand philosophy of Pepsi Black, the NFT collection is claimed to be an ode to the younger generation who believes in self-expression and is deeply entrenched in technology. The NFT will be given away to the winners of #PepsiBlackeffect challenge conducted on the homegrown social media platform, Moj. Consumers can enter the contest using Pepsi Black Lens and flaunt their personas to get a chance to win Pepsi Black’s maiden NFT.

In this context, Pepsi has clarified that the winners will be selected from the collages made with Pepsi Black Zero Sugar lens in the Moj app. They will be given distinct NFT from the Pepsi Black Zero Sugar collection. Consumers will be required to have a Web 3.0 wallet to receive the NFT and the winners will also receive Pepsi merchandise along with the NFT, Pepsi said.

Pop start Justin Bieber started off the year by purchasing a Bored Ape Yacht Club NFT for 500 ETH in January, which was equivalent to around US $1.3 million at that time. However, the market value or floor price of individual NFT from the Bored Ape Yacht Club collection has plunged nearly 95 per cent to 58 ETH last week.

The sinking NFT prices follow the collapse of crypto exchange FTX earlier this month, as the Sam Bankman-Fried scandal reportedly lowered overall crypto prices and hurt the valuations of Bored Ape Yacht Club NFT. It is believed that NFT owners sold them in panic to avoid prices from dropping even further.

Bored Ape Yacht Club NFT, which comprises more than 10,000 NFT depicting cartoon monkeys wearing different outfits, is one of the most successful NFT art collections and was valued at more than US $1 billion.

While Bieber never specified his reasons for purchasing the NFT, some critics speculate that celebrities buy NFT as a status symbol and consider it as a way to flaunt their wealth and exclusive purchases.

The police department in central China’s Henan province has cracked down on an NFT scam case involving more than 2.65 million Yuan or equivalent to roughly US $372,196. The case was the first NFT-related crime officially reported by a public security department, Chinese legal experts reportedly said.

Local police said they received a tip-off that a group of eight members committed crimes by selling virtual cartoon pictures on mobile app platforms and were using so-called cashback, rewards and prize pool to scam more than 2.65 million Yuan of income.

There was a total of 2,303 platforms involved in the business of NFT collections in China from 2019 to November 2022. There are more than 1,800 NFT-related reports on Chinese consumer complaints platform Black Cat, including queries of failing to receive item after purchasing, cash withdrawal failures and platform shutdowns without reason and compensation.

The notorious NFT thief, who goes by the name Monkey Drainer, has struck yet again and this time with a phishing scam. EoiJim took to Twitter to let the community know that they lost two NounsDao NFT. The user bought the NFT for a total of 160 ETH, which is currently around US $200,000.

In this particular case, the user received a realistic-looking email with legitimate accounts backing it. The email was promoting an artist for Christie’s. It specifically called for owners of CryptoPunks to collaborate. When EoiJim went to support the cause, he was hacked and his NounsDao NFT were gone.

According to Web 3.0 sleuth and community members, the entity behind this hack appears to be Monkey Drainer and the latter has been going after Bored Apes in recent times. It is unclear whether Monkey Drainer is a single person or a group but have been behind some of the most high-profile hacks of the year.

Although EoiJim is “mentally writing them” off as zero but has also said that he will “put a bounty if anything can be retrieved” and sought help from anyone who could put him in touch with the Monkey Drainer to “negotiate”.

Despite all the innovations and other good things happening in the Web 3.0 arena, there always seems to be news of some bad actors entering the space and negatively impacting its image and reputation.

Besides, November has been particularly hard for the crypto and NFT space. Whether it is the collapse of crypto currency exchange FTX or the recent string of scams and hacks, some form of negative news have always gripped the industry.

China’s public security department has officially reported its first domestic NFT scam case recently. Notorious NFT thief Monkey Drainer has struck it again but it is not yet known whether the thief is an individual or a group that is involved in these thefts and hacks.

Nevertheless, all these incidents do shake people and investors’ confidence in the crypto and NFT space and must be avoided. The good thing is many in the community are eager to rebuild and change through innovations while being more cautious and protective with their digital assets. Hope you enjoyed reading it. Thank you.