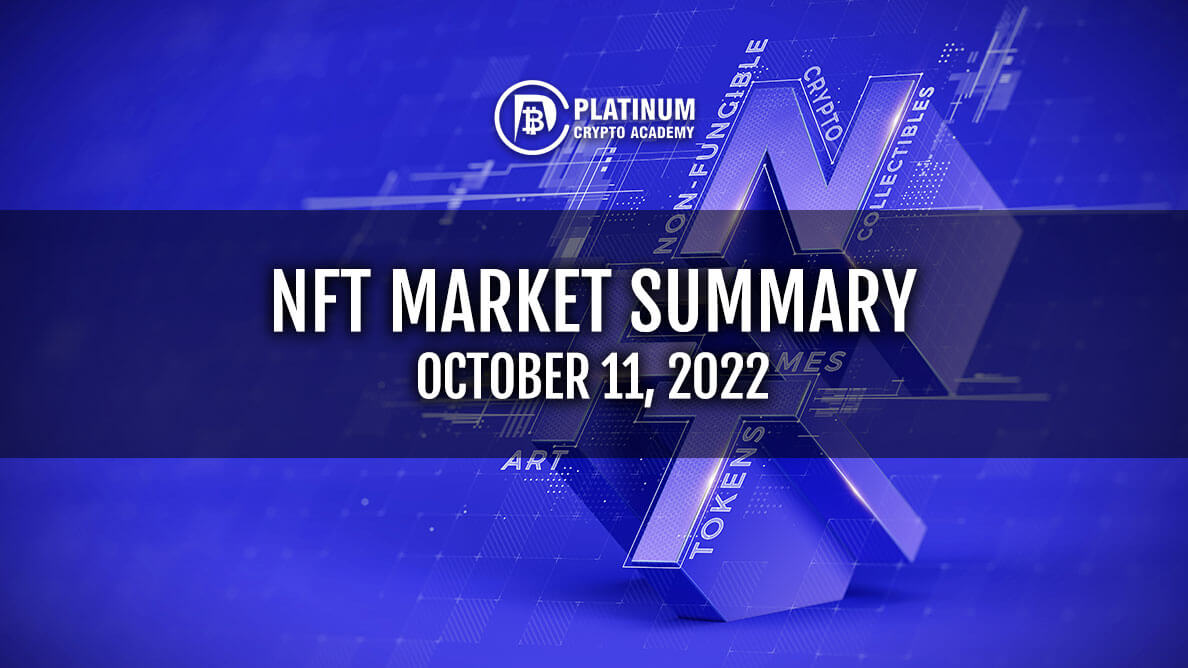 Despite the recent downturns in the broader cryptocurrency and NFT markets, some positive signs pointing to a brighter future for NFT continue to emerge consistently – be it in the form of encouraging sales volume of any particular NFT or the spate of new launches or even the forays of big companies and brands into the NFT space.

Social media giant Meta had already announced earlier that it has big plans for NFT and the metaverse. It is in the process of implementing its long-term strategy for Web 3.0 in phases. The latest is the incorporation of NFT display options for Facebook users in the US and for Instagram users in more than 100 countries.

With billions of users across all its platforms, Meta’s initiatives will go a long way in making NFT a part of mainstream activities of people. Then, there are other companies and brands which are revealing their intentions for NFT and the metaverse spaces by filing applications for their NFT and metaverse-related trademarks.

Apart from the new launches and initiatives, the September sales figures of Solana NFT have defied the trends in the broader market. The September sales have nearly doubled while a downturn continue to engulf the broader NFT and crypto markets. This is reflective of investor confidence in specific NFT projects even amidst a sluggish sentiment in the markets. Read on to find out more.

Social media giant Meta has launched NFT display options for Facebook users in the US and for Instagram users in more than 100 countries, after successfully launching the feature in May with selected users. Incidentally, Meta had announced in April that it would be one of the first companies to support NFT natively on their platforms.

Meta, which owns popular platforms like Facebook, Instagram and WhatsApp, has explained that all Facebook users in the US and Instagram users in more than 100 countries would now be able to connect their NFT wallets and display their digital collectibles on their profiles. It also includes the ability to cross-post NFT just like visual, posts and stories.

The regions where the NFT feature will be available for Instagram users include Asia-Pacific, Middle East, Africa as well as North and South America. Meta has still not revealed its launch plans of the feature for users in Europe.

The feature also gives users more details about their NFT like the title, creator, collection and price. It allows the users to brag about their NFT on their profiles. Meta’s new NFT integration supports several blockchain platforms such as Ethereum, Polygon and Flow, with more to be added later.

The new feature will have a “Digital Collectible” indicator, which is a visual signifier that the image displayed is a collectible item. It is in the form of a hexagonal icon with a tick inside, which tells when you connect the information about the NFT with the app.

Once the NFT is posted, a new tab will be added to the user’s account and this will allow other users to browse the user’s NFT collection more easily and go through all the public NFT of the user. The “Digital Collectible” indicator allows users to access all of their collectibles in one place.

The sales of Solana NFT have surged in September by a whopping 77 per cent, as compared to that in August while there has been a massive decline of 82 per cent in overall NFT trading volume in 2022.Solana NFT recorded more than US $133 million in trading volume while NFT sales remained largely sluggish in the broader NFT market.

In September, more than US $133 million out of the total NFT sale worth US $947 million belonged to Solana. Solana was responsible for more than 12 per cent of NFT trading volume in September.Industry experts pointed out that Solana’s strong growth could be attributed to some high-profile projects being launched on the Solana marketplace.

Each NFT apartment costs 0.2 ETH and all residents who purchase an apartment during this round will also receive a Genesis Metaverse Chest, a sort of “loot box” gift that could contain various in-world accessories of varying rarities, token pouches as well as real-world prizes like an Oculus headset. It features a companion app for making in-world purchases and apartment staking for rewards.

As mentioned above, Ethereum Towers is a social platform built for non-gamers who enjoy the creativity of the metaverse without its complexities. Users can design, build and furnish apartments with user-friendly building tools that require no programing experience.The towers are designed by award-winning real-world architects.

Residents of the apartments can custom-build their space while also hosting virtual visitors who may attend public and private events for socializing, business or relaxation. Residents can also feature NFT art on their apartment walls or choose from numerous free artworks provided through the successful ‘Centers of Excellence for Art and Community’ initiative.

Gamma.io, the digital marketplace for Bitcoin NFT, has launched its marketplace for .btc decentralized identities and domains, established on the Stack programing layer for Bitcoin. Gamma.io features three core platforms, including a marketplace for NFT, a launchpad for artists and a social platform for creators and collectors.

The Bitcoin NFT marketplace supports more than a million NFT collections and facilitates millions of dollars’ worth of transactions. The platform also supports the largest number of NFT contracts from any platform built on the Bitcoin blockchain.

As Gamma.io plans to become the social hub for NFT, it will now serve as the home for collectors, creators and investors. It will also allow users to explore trade and showcase NFT through the Bitcoin ecosystem. Gamma.io expects its new Bitcoin Name Service (BNS) marketplace will revitalize the initial vision of Bitcoin addresses.

Multi-IP blockchain game PetaRush has collaborated with Demi-Human NFT project to significantly expand the possibilities of the Web 3.0’s multi-IP gaming ecosystem. Demi-Human NFT holders will be able to trade into a gaming-specific Demi-Human

PetaRush is an animal racing game with cross-IP breeding and cross-chain empowerment functions. It features a visual CyberPunk style and players are immersed in a sci-fi setting where they compete against their opponents on Mars.

By collaborating with Demi-Human NFT, PetaRush plans to realize the future of blockchain game breeding across multiple IPs. During the game, players do not have to determine the running direction, but only strategically use the skills to reduce physical consumption, increase running speed and disrupt the opponents and to win the championship.

Players can improve the value of the Petas, the game characters through ‘skill development’ and ‘character development’ functions to increase the advantages in the competition.

Demi-Human NFT is one of the very few blue-chip NFT projects in Asia and the most active NFT community in Taiwan. Its online and offline community activities often attract hundreds of members for participation.

It has successfully attracted members from various backgrounds. At the time of the first sale, 10,000 NFT were quickly sold out and the price on the popular NFT marketplace OpenSea once increased more than six times.

Some of the best start-ups in the world were born during economic recessions or during a prolonged downturn in the broader markets. The spate of new innovations and launches in the crypto, NFT and metaverse spaces are no exception to that trend.

While many start-ups are quietly building innovative and disruptive solutions in the space, there are others who are launching their new and latest offerings now, when the broader markets continue to be bearish.

Their confidence to launch in this market stems from the fact that some of the projects are indeed defying market trends and are tasting success. For instance, Demi_human NFT is one of the few blue-chip NFT projects in Asia and has the most active NFT community in Taiwan.

As many as 10,000 Demi-Human NFT were sold quickly at the time of its first sale and its price soared by more than six times at one point. This shows the potential of the specific projects and the confidence of the investors to identify and take the risk of investing in such projects.

Then, a social platform for non-gamers in the metaverse, Ethereum Towers has launched their next NFT mint of 4,388 NFT apartments set up in the Ethereum Worlds Metaverse during the current market. Again, it shows the confidence of the project team in their own venture.

All in all, these are the silver lining among the dark clouds that are hovering over the crypto and NFT space for the past few months and these could very well be the harbinger of thigs to come. Hope you enjoyed reading it.