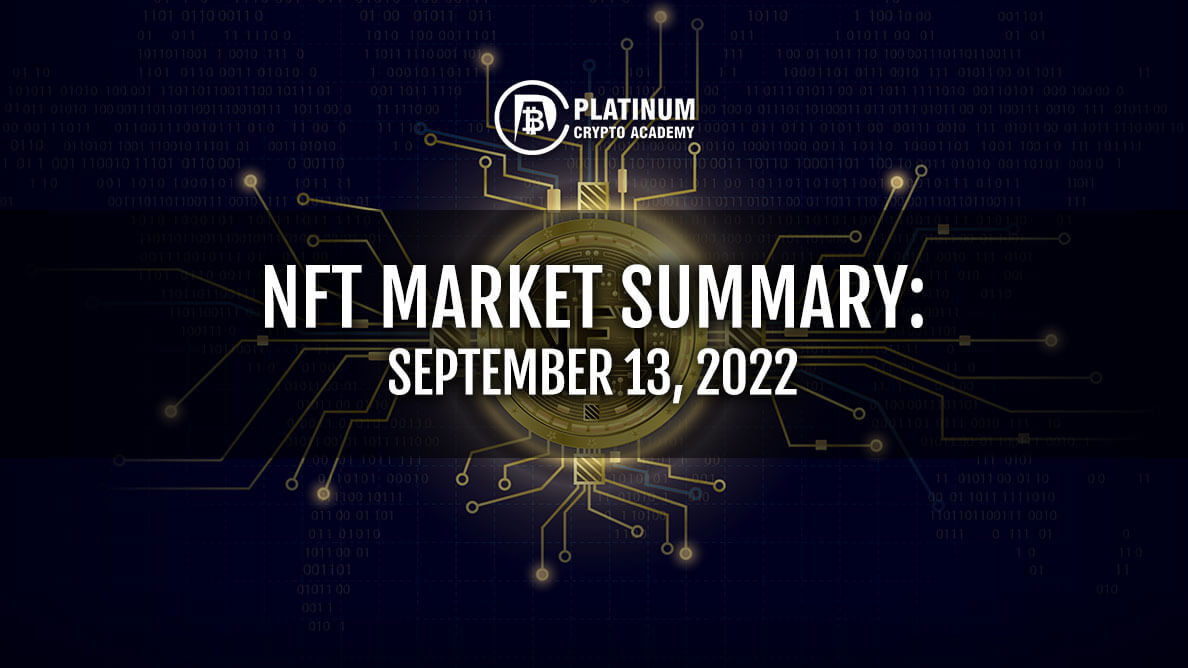 Man proposes. God disposes. This seems to have happened with a NFT project that was launched only two months ago and which was dedicated to Britain’s Queen Elizabeth II. The plan of the NFT project was to release commemorative artworks consistently for the remainder of the Queen’s reign.

However, little did the team behind the NFT project imagine that the lifespan of the project would be limited to just two months, although secondary sales of those NFT have increased significantly since the demise of the Queen.

Meanwhile, Puma, one of the world’s top sportswear brands, is exploring the possibilities of metaverse while aligning its core products with NFT. Similar strategies are also being followed by various spirits brands, with several renowned distilleries and breweries jumping onto the NFT bandwagon. Read on to find out more.

An Ethereum NFT initiative dedicated to Queen Elizabeth II is holding its final auction for the collection, following the Queen’s death on Wednesday. The NFT initiative generated hundreds of pieces of commemorative artwork for the last two months.

The project has announced that the current auction – for the 73rd Ethereum NFT in the collection – will be the last one offered as a part of the original collection. The QueenE collection began holding auctions in July for a single Ethereum NFT picture created as a memorial to the Queen.

The project was intended to continuously release new procedurally produced works for the remainder of the Queen’s reign. The initiative borrowed its style and technology from Nouns, an innovative NFT project that allows purchasers into an exclusive club by auctioning off a single Ethereum-based profile photo each day, but added a royal touch by offering low-resolution images of Queen Elizabeth II.

The final QueenE Gen1 NFT currently has a top bid price of 0.5 ETH or around US $825. The collection’s QueenE #23, which sold for 1.9 ETH on July 27, had previously commanded the highest ETH sale price of any item, equivalent to US $3,275 at that time.

Meanwhile, the secondary sales of QueenE NFT have increased since the demise of Queen Elizabeth II. The floor price on NFT marketplace OpenSea, or the least expensive item currently listed on the marketplace, is 0.88 ETH or around US $1,450.

Puma, one of the world’s top sportswear companies, has revealed the debut of “Black Station”, its first interactive metaverse experience at the New York Fashion Week. Black Station will develop into a dynamic destination to visit, where Puma customers can interact and connect in an immersive way to enjoy the brand’s NFT, which are mostly associated with athletic products.

Customers can choose from one of three separate portals in a hyper-realistic digital lobby when they first access the website to view rare and never-before-seen sneakers. In addition, they can create NitroPass passes to obtain NFT tied to tangible goods that can be redeemed after the Futrograde Fair in New York has ended.

According to Heiko Desens, global creative director and head of innovations at Puma, the benefits provided by the metaverse allowed Puma’s team of designers to work without constraints to produce unique designs that were just as stunning as the actual items.

Hacker steals US $185,000 from Bill Murray after charity auction of NFT

A hacker has reportedly looted US $185,000 from the digital wallet of Hollywood actor Bill Murray, shortly after he completed the charity auction of NFT. Murray had hosted an auction of NFT, the proceeds of which were supposed to be donated to charity.

However, as soon as Murray’s auction, that raised 119.2 ETH or around US $185,000 for charity, got closed, a hacker stole the funds from his personal crypto wallet. The hacker then sent the looted amount to another wallet address that is linked to the crypto exchange Binance and Unionchain.ai.

The unknown individual also tried to steal 800 NFT from Murray’s personal collection but his wallet security team immediately swung into action and stopped the hackers from wiping out his entire digital wallet.

South Korean electronics giant LG Electronics has launched its own NFT platform, which is called LG Art Lab. The new NFT platform enables users to buy, sell and enjoy high-quality digital artwork and is a one-stop solution for viewing and trading NFT at home.

Once purchased, the NFT can be traded on LG Art Lab marketplace, where users can view transaction history, while the My Collection feature will enable them to view all of their owned artworks.

Distilleries and breweries tap into NFT

The astronomical rise of the NFT has led to many celebrities, brands and some of the world’s biggest companies foraying into the space to explore the opportunities that this new technology offers. The spirits industry too has flowed with the times, with several renowned distilleries and breweries jumping onto the NFT bandwagon. Johnnie Walker, the world’s premier scotch whisky label, has announced its second NFT release this month. The collection consists of 75 limited-edition Ghost and Rare Port Dundas Master Sets.

The extremely rare expression will be presented in a Baccarat Crystal decanter enclosed in a handmade wooden storage box. BlockBar, where the collection will be available, will hold the physical bottle until the owner is ready to redeem the NFT. As an alternate option, they could gift or resell the bottle on the BlockBar marketplace.

Budweiser has launched a new zero-carb beer called Bud Light NEXT, just before Super Bowl 56. Along with the product, the company has also launched an NFT collection named after and centered around Bud Light NEXT. The collection featured 12,422 digital artworks that began at US $399 apiece.

These are just a few of the famous liquor labels which have made forays into the NFT space. Several other brands also experimented with these digital assets and, as time goes by, more and more brands will hop onto the NFT bandwagon.

Seedify, one of the biggest launchpads and incubators within the cryptocurrency space, has released the Seedify NFT Marketplace token called $SNFTS. Despite the prevailing bear market in the crypto space, the $SNFTS token is trading at 30x from its initial price. The total supply of $SNFTS token is 20 billion with circulating supply being only 1.166 billion.

More than 1,000 holders have chosen to stake their $SNFTS, earning passive income and most of them have chosen the 180 days staking pool, showing confidence in the long-term performance of the token. Holders are also entitled to additional benefits of $SNFTS, such as fee reduction and random NFT drops for those trading in the upcoming Seedify NFT marketplace. They will also be eligible for whitelist spots for Seedify’s upcoming and exclusive Avatar NFT collection, which has recently been announced.

For the uninitiated, Seedify empowers innovators and project developers through access to funding, community and partnership building. It also offers a complete support system to help bring premier blockchain games, NFT and metaverses to its community through events called Initial Game Offering (IGO) and Initial NFT Offering (INO). These events attract crypto investors due to the high return on investment (ROI) potential that these tokens carry.

Seedify has launched over 50 IGO projects with a proven success story and has now entered the NFT space with an NFT launchpad and marketplace that will bring in a new stream of investment opportunities to its community. In addition, Seedify will focus on two verticals, which are blockchain gaming and metaverse, each with utility-based NFT, which are imperative for sustainability and growth.

Even in the hardware space, companies continue to bring in innovation to their product lines and incorporating NFT and the metaverse. Months after South Korean consumer electronics giant Samsung launched televisions that are compatible with NFT, another South Korean electronics giant LG Electronics has launched it own NFT trading platform, highlighting the urgency of several companies to foray into the world of crypto and NFT.

The future potential of the cryptocurrency and, specifically, the NFT space can be gauged by the fact that the launch of the Seedify NFT token has been a roaring success despite being launched in a bearish broader market. The $SNFTS token is trading at more than 30x from its initial price and more than 1,000 holders have chosen to stake their $SNFTS, earning passive income from it.

All the above developments emphasize the strong utility and use cases of the various elements of Web 3.0. However, despite all the optimism, some unscrupulous elements continue to tar the image of the space by resorting to frauds and cheating. Hollywood actor Bill Murray is the latest victim of a loot. Therefore, users are always urged to remain cautious in their online dealings. Hope you enjoyed reading it. Thank you.