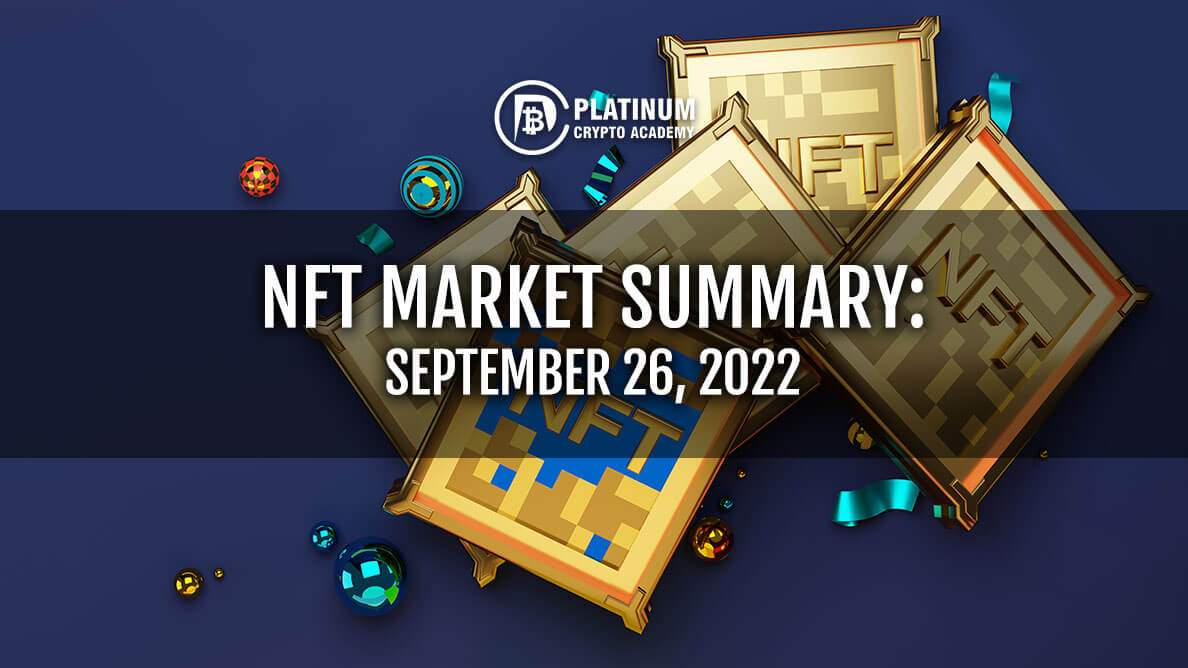 The crypto and NFT market got a huge boost in the past two years and grabbed the mainstream attentionit needed. However, sentiments turned in the opposite direction from the start of the year 2022, as prices of cryptocurrency and NFT plummeted from the highs.

However, despite the enormous losses suffered by NFT investors following the ongoing bear market, the NFT ecosystem showed sustainable signs of a comeback in the past two weeks. NFT artists, who can no longer count on a frothy crypto market to buoy sales are not giving up but they are having to lower their financial expectations and get more creative.

The bearish trend in the NFT market, that started earlier this year, has started showing signs of trend reversal in the past two weeks, according to the latest available data. The performance of popular NFT collections have been witnessing a steady growth, clawing back to towards 10,000 ETH, that was lost in August 2022.

The number of NFT holders has also increased 32.24 per cent over the same period, reflecting investor response to the NFT market capitalization breaching 11 million ETH for the first time in three months. Market capitalization of NFT is derived from the floor price and the trading price of NFT.

The most volume is being contributed by Ethereum Name Service (ENS), which is followed by popular NFT collections such as the Bored Ape Yacht Club (BAYC) and Otherdeed. However, investors still seek to recoup their earlier losses and that is evident from the current market sentiment, as measured by volatility, trading volume, social media and Google Trends.

Meanwhile, one of the biggest NFT marketplaces, OpenSea, has established the OpenRarity protocol to validate the rarity of NFT on its platform. The goal of this protocol is to produce an accurate “rarity ranking” to help investors decide whether to buy NFT.

In a separate development, OpenSea has allowed creators to introduce their NFT collections on specialized drop pages, a move aimed at increasing visibility and discoverability on their homepage. Creators will now be able to share photos and videos, give team highlights, lay out roadmaps and much more under the customizable drop pages.

The Walt Disney Company could be venturing into the crypto and NFT space, after it posted a new job for an ‘experienced corporate attorney’ to work on ‘new technologies’ such as NFT and metaverse.

The company is hiring for a Principal Counsel – Corporate Transactions, Emerging Technologies and NFT to work on transactions involving NFT, the metaverse, blockchain and Decentralized Finance (DeFi).

The entertainment giant is specifically seeking someone to provide ‘full product life-cycle legal advice and support for global NFT products’ and ensure they comply with all current laws regulations in the US as well as globally.

The other duties for the proposed new role include ‘due diligence for NFT, blockchain, third-party marketplace and cloud provider projects’, as well as providing regular legal advice on cryptocurrency-related matters and digital currency, and guiding Disney’s efforts in relation to emerging technologies.

Earlier this year, the company focused on augmented reality, NFT and artificial intelligence in its 2022 Disney Accelerator Program, which selected six growth-stage companies to benefit from its business development platform. Disney also filed a patent for a “virtual-world simulator” referring to a potential theme-park metaverse.

According to the patent application, Disney’s possible foray into the metaverse could involve visitors to their theme parks using mobile phones to generate and project personalized 3D effects onto nearby physical spaces, such as walls and other objects.

The MPLX token has been launched to offer value to active participants within Metaplex’s large NFT community. It is a utility and governance token for the Metaplex Protocol and has been issued as a method of decentralized governance for future projects and strategic decisions. The MPLX token will be initially listed on FTX, KuCoin and Huobi International exchanges and is not available for purchase by US residents.

The Metaplex Protocol was launched in June 2021 as the first program library and set of tools for developers to create, sell and manage NFT on the Solana blockchain network. The community has been a boon to creators seeking a less expensive and more environment-friendly alternative to Ethereum, providing NFT minting fees of US $0.15 versus US $55-200.

More than 5.7 million crypto wallets have ever held a Metaplex NFT and 20 million NFT have generated over US $3.4 billion in primary and secondary sales on the Metaplex Protocol in its first year. The Metaplex ecosystem is the largest and fastest growing Web 3.0 creator platform in the world, and the Metaplex Standard is the metadata standard by which NFT are classified on Solana.

Cryptocurrency exchange BuyUcoin has announced a partnership with cricket NFT platform Jump.trade to enable monetization of NFT on its marketplace. The partnership will enable Junp.trade to get automatic access to smart contracts on the BuyUcoin platform where users can sell, buy and mint NFT using BuyUcoin’s NFT platform.

It will offer a digital marketplace to Jump.trade users by offering fiat payment services for buying and selling their favorite cricket NFT. Jump.trade offers digital cricket collectibles such as signed cricket bats by former cricketers such as Harbhajan Singh, Shane Warne and Andrew Simonds, among many others as part of the Meta Cricket League.

Sports NFT enable sports fans to engage with their favorite cricket stars and become proud owners of unique and rare digital collectibles. The current sports NFT market size is estimated to be US $2.6 billion and is expected to touch US $41.6 billion by the year 2032.

Singapore’s Sentosa Development Corporation has decided to continue its Golden Jubilee celebrations with the launch of its own Discovery Never-ending NFT. Each NFT or digital collectible artwork is inspired by the island’s distinctive elements and is brought to life in a variety of unique styles. It will feature 15 Singapore-based digital artists including illustrators, graphic designers, muralists and multi-disciplinary artists.

Members of the public will be able to register their interest to receive one of the 1,972 NFT – a symbolic number to represent the year Sentosa was established. Slots will be released in batches and on a first-come-first-served basis and all NFT will be distributed randomly to winners. The NFT will be available for free and can be obtained with the Sentosa Islander membership.

The NFT holders can also look forward to winning real-life perks that are redeemable on Sentosa, including food & beverage vouchers, hotel stays and Sentosa Fun Passes, through engagements on Sentosa’s Discord channel. The Discover Never-ending NFT will be on Solana

As the NFT market is showing early signs of recovery, many new projects are coming up and not all of them are launched with financial returns in mind. Singapore’s Sentosa is one such example where NFT are given for free but it will have real-world benefits. Walt Disney’s plans for the NFT and metaverse are also indications of the upcoming trends in the NFT market, much beyond single NFT projects of animated characters. Hope you enjoyed reading it. Thank you.