What is a KID called BEAST?

Creators of A KID called BEAST

What makes it so special?

The hype surrounding non-fungible tokens or NFT have, in recent times, attracted the interests of some of the major global brands, which are experimenting with the technology to connect with their customers, fans and improve their relationship with them.

The total number of NFT transactions globally is likely to rise from 24 million in 2022 to 40 million by 2027, according to some industry estimates. Moreover, metaverse-linked NFT will be the fastest-growing NFT segment over the next five years and will increase from 600,000 transactions in 2022 to 9.8 million transactions by 2027.

Hence, it is not surprising that many consumer-facing businesses are creating NFT-based content to meet the changing demands from a younger, tech-savvy population, who are more open to purchasing novel forms of digital content. The ideal solution seems to be a fusion of physical and metaverse presence.

What is a KID called BEAST?

In simple words, a KID called BEAST is an upcoming collection of 10,000 uniquely designed augmented reality NFT, stored on the Ethereum blockchain network. The team behind A KID called BEAST project describes it as defining the gray area between a physical and a digital brand.

Apart from the augmented reality NFT, A KID called BEAST will also have a collection of physical toys, creative consumables, showrooms and fashion-related initiatives. The aim is to cultivate A KID called BEAST into a global brand. For the purpose, the project team has been cultivating partnerships with other progressive brands, collectives and technology start-ups in order to continue the growth and expansion of A KID called BEAST.

In order to buy A KID called BEAST NFT, users need to visit their official website and social media profiles to get information on how and from where to buy the NFT from their collection.

A KID called BEAST has lined up lot of initiatives and plans for the future both in the physical world as well as in the digital world.For its initiatives in the physical world, the team is already in talks with various potential suppliers and requested prototype models of the BEASTS. The prototype models are in production, in order to determine which supplier is suitable to provide the quality required. However, the exact price point, accessibility and supply are yet to be determined.A KID called BEAST team also plans to have a permanent physical location in London, Paris, New York, Dubai and Tokyo. They will be boutique Web 3.0 high street stores. Besides, it is also looking at potential pop-up stalls for various crypto, fashion and music events in the future.It also plans to create a launchpad for the best unknown creatives to showcase their work to the community. The work will include, but not limited to, NFT, photography, sculpture, clothing, paintings and more.The team is also developing a high-end A KID called BEAST streetwear brand, which will be released in exclusive runs and batches. These exclusive releases will first be available to the holders for purchase before the rest of the stock is released for the general public. A KID called BEAST team will also cultivate the aftermarket for these releases and will be working with various fashion forums and influencers to execute this particular aspect of the project.Upon minting, every BEAST is assigned to one of 20 BEASTHOODS. These BEASTHOODS will act as the internal community within A KID called BEAST ecosystem. There will be competition, giveaways and opportunities that will be conducted between BEASTHOODS, thereby providing further benefits to holders who will compete with the other BEASTHOODS for the added benefits. BEASTHOODS will have their own private chat to co-ordinate as well as an internal decentralized autonomous organization or DAO to manage leadership, charities, treasuries and more.In the digital space, the augmented reality demo of A KID called BEAST has received overwhelming response and the feature has become synonymous with A KID called BEAST brand. Therefore, this feature is going to be heavily expanded for NFT holders and will be used with increased functionality. Multiple formats and extra features of the same are being developed.These features will be accessible via the dashboard where holders will be able to launch their own A KID called BEAST augmented reality application. This aspect of the project will be continually seen as a focal point of development in future, as the team behind A KID called BEAST project wish to employ the most cutting-edge augmented reality technologies and integrate them into the project.As for the roadmap for partnerships, the project team of A KID called BEAST has already been cultivating partnerships with forward-thinking brands collectives and technology start-ups, as part of its broader vision of making A KID called BEAST into a global brand.

Every partnership that A KID called BEAST makes is carefully considered and calculated in order to ensure it is suitable for the brand and community in the long-term. The team is also link-1.

Creators of A KID called BEAST

A KID called BEAST is created, developed and marketed by a team of professionals with Jamie as the lead artist and Caleb as the helm of development and assisted by Nick. The marketing of the project is jointly handled by Raf and Konrad, while the two 3D artists are Taine and Tadeo. Polina is the illustrator and Sparrow is the copywriter.The community management team comprises Queen M, Justis, Youssef, Elle, Cozy and Manny. Faz takes care of Web 3.0 development and Jeshua looks after the UI/UX. The team’s vast range of abilities, talents and experiences enable them to handle a variety of utility components over the course of a project timetable that is constantly changing.

What makes it so special?

A KID called BEAST claims to define the gray area between a physical and digital brand and a core expression of the user. it emphasizes that people are freer in the digital space and A KID called BEAST frees them from the barriers of the physical world. It is being positioned as a means of expression for the users.

The Ethereum blockchain is the home of the A KID called BEAST augmented reality NFT project, which aims to connect analog and digital culture by fusing art, music, fashion and technology. The project will feature 20 factions of 500 BEASTS, each of which will work as individual neighborhoods that are dubbed as BEASTHOODS in addition to the main community. The holders will have a sense of personal attachment.Each BEASTHOOD and the project as a whole will have a DAO-style structure where community decisions are made. A KID called BEAST NFT characters’ foundation attributes and BEASTHOOD placement are algorithmically determined for each character.

Get the Latest NFT News & Market Update Straight to Your Inbox

Companies worldwide are making NFT a key ingredient in their overall marketing and business strategies. Some of them are lured by the chance to establish deeper connections with their fans while others are keener on optimizing the revenue per user through NFT drops and merchandise.

Major brands eventually became interested in the hype surrounding the NFT and started experimenting with the technology to connect with their customers, fans and improve their relationship with therm. 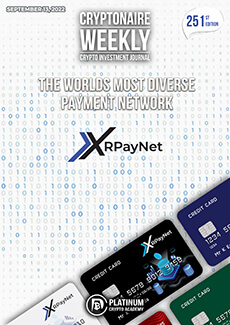