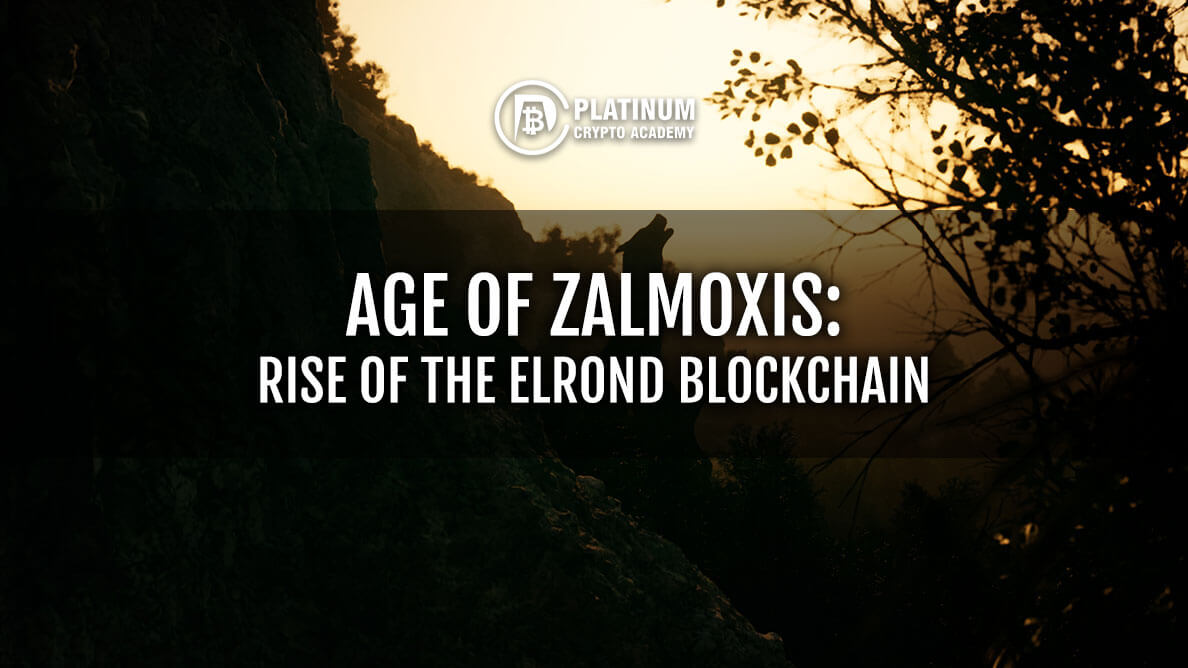 All you need to know about Elrond

Why did Age of Zalmoxis choose Elrond?

Cryptocurrency, blockchain and smart contract platforms have sparked considerable interests and have become promising solutions for electronic payments, decentralized applications and potential digital stores of value. Even though the freedom and anonymity of distributed architecture remain an undisputed advantage, their performance has to be analyzed on a global scale and in a real-world environment.

Public ledgers are not actually as robust as claimed to be, because of a crucial long-term problem, which is bloat. Bloat refers to the difficult technical challenge of permanently storing huge volumes of blocks on-chain. Since a database records the information of an entire ecosystem, the amount of data will eventually accumulate to gargantuan sizes over several years and decades.

Many programmers suspect that information or data overload can wreak havoc if a system cannot adapt to higher usage and increased traffic. The current blockchain versions have limitations, when compared to their centralized counterparts on some key metrics, especially in the area of scalability.

This crucial factor hinders their mainstream adoption and delays public use. The debate over blockchain scalability has been raging on for years and the scalability of blockchain architectures is a critical but still unsolved problem.

The most relevant metric for measuring performance is transactions per second (TPS). Several solutions to these issues have been proposed in the past but few of them have shown significant and viable results so far. Therefore, a complete rethinking of public blockchain infrastructure was required to genuinely address the scalability problem.

It cannot be denied that the process of designing distributed architectures on blockchain faces several challenges. The main components that determine the performance pressure are complexity, system size and transaction volume.

Scaling up means boosting the performance of nodes until they reach a 10x performance ceiling since a network can only move as rapidly as its fastest nodes. Scaling out can be much more efficient and requires what is known as sharding protocol.

One important distinguishing feature of Elrond is it runs on average computers while most other blockchain networks require custom hardware and high energy consumption. It supports the most popular programming languages, flexible tools, and comes with clear documentation so that you can quickly start and deploy your application on a blockchain designed with real use in mind.

The two most important features that set Elrond apart are Adaptive State Sharding and the secure Proof of Stake consensus mechanism. Elrond is a complete redesign on blockchain architecture with the aim to achieve global scalability and near-instant transaction speed.

Elrond is a distributed transactional computation protocol which relies on a sharded state architecture and a secure Proof of Stake consensus mechanism. By employing sharding, a method of parallelizing data and transaction processing, Elrond’s performance will scale up with the number of computers joining the network, reaching more than 100,000 transactions per second while growing increasingly decentralized.

The Elrond network is the first to present a viable solution where all the three aspects of sharding – state, network and transactions – have been implemented at once. Combined with its ‘adaptive’ component, this novel architecture allows for dynamic network configuration to maintain a high level of security, while scaling with demand.

In addition to scaling through sharding, Elrond also approaches the consensus problem with a mechanism called Secure Proof of Stake, which mitigates potential attack vectors when compared to Proof of Work, while also enabling large throughput and fast execution.

By solving some of the hardest consensus and sharding problems in the blockchain space, Elrond is able to provide a very high level of performance on a network that is made of inexpensive computers, resulting in a very low cost per transaction. In addition to performance and cost, Elrond also stands out through the quality of the developer experience and the resulting boost in usability on the end-user side.

All you need to know about Elrond

There are two main entities in Elrond – users and nodes. Users use the Elrond network to deploy signed transactions for value transfers or execution of smart contracts. The nodes are represented by the devices that form the Elrond network and can be passively or actively engaged in processing tasks. Eligible validators are active participants in Elrond’s network.

Elrond grants access to the usage of its network through intrinsic utility tokens called EGLD. All costs for processing transactions, running smart contracts and rewards for various contributions to the network will be paid in EGLD.

The Elrond Standard Digital Token (ESDT) are custom tokens with native speed and scalability, without ERC20 but addressing the same use cases. The users also do not need to worry about sharding when transacting custom tokens because the protocol employs the same handling mechanism for ESDT transactions across shards.

ESDT tokens can be issued, owned and held by any account on the Elrond network, which means that both users and smart contracts have the same functionality available to them. Due to the design of the ESDT, smart contracts can manage tokens with ease and they can even react to an ESDT transfer.

The Elrond team is constantly re-evaluating and improving Elrond’s design, in an effort to make this one of the most compelling public blockchain architectures – solving scalability via adaptive state sharding, while maintaining security and high energy efficiency through a secure Proof of Stake consensus mechanism.

Elrond also plans to have cross-chain interoperability, whereby it will implement and contribute to standards like those initiated by the Decentralized Identity Foundation or the Blockchain Interoperability Alliance. The Elrond team also wants to protect the identity of the participants and offer auditing capabilities while preserving privacy.

Why did Age of Zalmoxis choose Elrond?

One of the first reasons for the Age of Zalmoxis to choose Elrond as its preferred blockchain partner is because Elrond is the first carbon-negative European blockchain and also particularly energy-saving. Besides, due to its adaptive state sharding, it is among the most powerful blockchains with more than 250,000 TPS and its secure Proof of Stake consensus provides maximum safety.

Besides, the negligible transaction costs make Elrond much more affordable and the fact that there is an ever-growing socio-technical ecosystem makes it even more attractive as a blockchain partner.

Maiar is a global payments application and a digital wallet that allows you to exchange and securely store money on your mobile phone. One can use Maiar to send and receive money almost instantly, to and from anyone around the world by just using a phone number. Since Maiar is a non-custodial wallet, no verification is required in any country as of now.

The Maiar app does not store or have access to the user’s funds at any time and the user owns the private key and has full control over the funds. Maiar app usess Elrond, the internet-scale blockchain for fast and secure blockchain. One can use EGLD to send, spend and stake using the Maiar app. Besides, Maiar also supports BNB, ETH and BTC, with plans to support additional currencies in future.

Maiar secures the assets and data of its users using cutting-edge encryption and verification techniques and the private key can be safely uses to recover your funds, in the event where the user’s phone is lost of stolen.

The newly launched Secure Proof of Stake consensus algorithm ensures distributed fairness and improves on Elrond’s idea of random selection, reducing the time needed for the random selection of the consensus group from 12 seconds to 100 milliseconds.

However, the challenges that sharding face are some of the reasons why many other crypto ventures opted for second layer scaling in contrast to protocol level, as it adds layers of complexity. However, that has not stopped researchers and public blockchains from working towards a realization of the full potential of sharding.