MetaBrewSociety: A fusion of a beer company and NFT 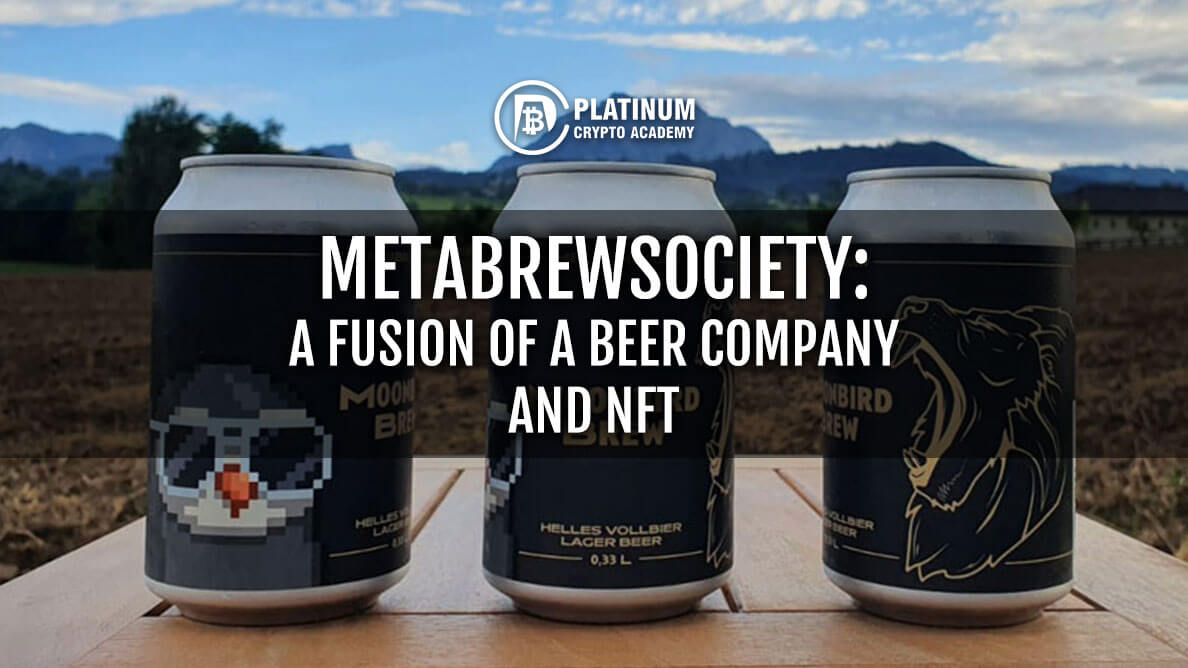 MetaBrewSociety: A fusion of a beer company and NFT

Where can you buy MBS NFT?

How to become co-owner of MBS and get free beer?

The culture of beer making and beer drinking have been around for centuries. It revolves around multiple elements such as the colours, shapes, the beer flavours and even the feelings. Beer has a long history and the arrival of science and technology has been quite recent.

Until the Industrial Revolution, beer was considered as an art, which was full of amazing stories, mysteries and secrets. The brewing process is a culmination of a number of steps and that process impacts the yeast performance and the ultimate quality of the beer.

Fast forward to 2022 and the advent of blockchain and decentralised technology is set to revolutionise beer and the brewing industry, thanks to some pioneering efforts of the MetaBrewSociety (MBS). The latter is here to usher in innovation-driven revolution of beer and the brewing industry in the real world, the Web 3.0 and the metaverse. MBS is an NFT project and a beer company put together.

The MBS NFT grants access to unseen utilities available in the real world, such as a rich annual (alcoholic or non-alcoholic) beer allowance, voting rights on key business decisions, attractive discounts and exclusive access to iconic festivals and events.

As for the NFT aspect of MBS, it is a collection of 6,000 NFT full of utilities that provide holders co-ownership rights in the world’s first blockchain brewery. One of the most exciting utilities is getting free beer for life. There will be 160 to 240 cans of free beer per NFT per year in perpetuity, to be shipped worldwide. The exact number would depend on the rarity of each NFT.

The NFT holders will also have access to exclusive real and virtual events such as beer tasting, brewing classes, Oktoberfest, to name a few and a 25% discount at all MBS beer shops, both online as well as offline. There will also be free VIP tours, which will be offline as well as online in the Digital Twin of the MBS Brewery in the metaverse.

Besides, there will be an exclusive NFT holder affiliate program with 20% revenue share in perpetuity on all sales generated with customers acquired by an individual NFT holder. Finally, the NFT holders will have voting rights on key business decisions like which beers to brew or which channels to sell through and there will also be some additional monetary benefits, the details of which have not been disclosed due to regulatory reasons.

Where can you buy MBS NFT?

The official minting of MBS NFT will start on September 22, 2022 and will take place in three stages. MBS is a community-focused project that is onboarding many new entrants into the Web 3.0 space. Hence, the mint phases have been specifically designed to accommodate everyone in the community.

The second phase is designed to accommodate those members of the community who are new to Web 3.0 and many not be familiar with social media platforms such as Discord or Twitter. This particular group may be identified as those who ordered beer from the MBS website but has not joined the MBS Discord group to receive the Whitelist role. They will be put on the Priority Whitelist 2 and the mint price for them will be the ETH equivalent of US $1,000. They too will have 24 hours to mint.

Once the above two phases are complete, the MBS mint will be thrown open for the general public on September 24, 2022. The mint price for the public will be the ETH equivalent of US $1,050. It is pertinent to note that MBS minting is possible using ETH as well as credit card during all the phases.

How to become co-owner of MBS and get free beer?

The MBS has worked out three tiers of membership programs for its NFT holders and those are based on the number of MBS NFT that each holder owns. The tiers have been classified as Gold Membership, Platinum Membership and Diamond Membership.

Owning a minimum of 10 MBS NFT can grant the holder a Gold Membership. The Gold member can get a co-branded beer can layout and receive a guaranteed 2,000 cans of free beer per year in the co-branded layout.

Thereafter, the Gold member can buy as many additional cans as he/she wishes to in the co-branded layout at a discount of 20% from the retail price. Besides, the Gold member can get 10 tickets for Oktoberfest and Spring Fest at the Brewery in Bavaria, Germany and another 10 tickets for a brewing class at the Brewery in Bavaria, Germany.

The next membership tier is Platinum Membership and the criteria for that is owning a minimum of 25 MBS NFT. The Platinum member can get his/her own beer can layout and receive guaranteed 5,000 cans of free beer in his/her own brand.

Subsequently, they can buy as many additional can as they like to buy at a discount of 30% off the retail price. The Platinum Membership is also entitled to 25 tickets for Oktoberfest and the Spring Fest along with 25 tickets for a brewing class at the Brewery in Bavaria, Germany.

The most premium tier is called the Diamond Membership and the eligibility is owning a minimum of 100 MBS NFT. In order to honour the special category of MBS NFT holders, MBS will jointly create a beer brand with the Platinum member with two recipes and two can layouts of the his/her own choice.

The special privileges for the Platinum member get further enhanced, as they will receive guaranteed 20,000 cans of free beer of his/her own brand every year and buy as many additional cans as he/she likes for 40% off the retail price. The MBS Platinum Membership also gives 100 tickets for the Oktoberfest and Spring Fest and another 100 tickets for a brewing class, all at the MBS Brewery in Bavaria, Germany in different times.

The MBS team has outlined a clear roadmap for the project, bolstered by a funding of US $3 million raised on a convertible note. With the financial resources in place, it is acquiring and modernizing a running brewery in Bavaria, Germany.

The latter is being done prior to minting of its NFT to show the community that it was already shipping beer before the official mint of its NFT. Post-mint, it will immediately establish an NFT holder DAO for product and marketing-related key business decisions

The mint price covers the free beer utility for the first three years and, contingent upon successful establishment of the beer business, MBS plans to continue to ship the free beer to its NFT holders forever.

It will also set up a Brewers Club to help other Web 3.0 brands to launch their own beer brands with the help of MBS. Besides, MBS will launch a shop franchise business, the first of which is located in Benidorm, Spain and will be live by the time of the MBS NFT mint. Thereafter, it plans to spread the brand internationally.

The MBS project is backed by a strong team of entrepreneurs and operators, with Holger as the CEO. Holger is a serial entrepreneur who loves to combine old industries with new technologies. He is assisted by Tim for marketing and operations and Johannes for tech strategies. The key investor is Wolfgang, who is an experienced executive and long-time business angel.

Besides, Ty, a former US Marine who has already worked as a brewer in America, is the brewer for MBS along with Marcus, the master brewer in the team. The key artist in the MBS project is Chantalle, who is the Art Director and loves to create unique brands and styles for passionate businesses. The smart contract for the MBS NFT is written by Andi, who is a long-standing entrepreneur, tech guru and full stack developer.

Apart from making high quality traditional beers, the beer business of MBS is leading with beer innovation such as gluten-free, low calorie, high protein, sleep or mood enhancing and other functional brews, which will be brewed not only under its own brand but also white-label the same for its partner brands. The varieties will be available in both alcoholic as well as non-alcoholic variants.

The mission of MBS is to leverage the power of decentralised communities and the metaverse to bring new life into an antiquated industry. It plans to become the leading Web 3.0 beer brand and community. To that effect, it plans to bring in a lot of real-life utilities to the holders of the MBS NFT.