Rise of the GameFi economy 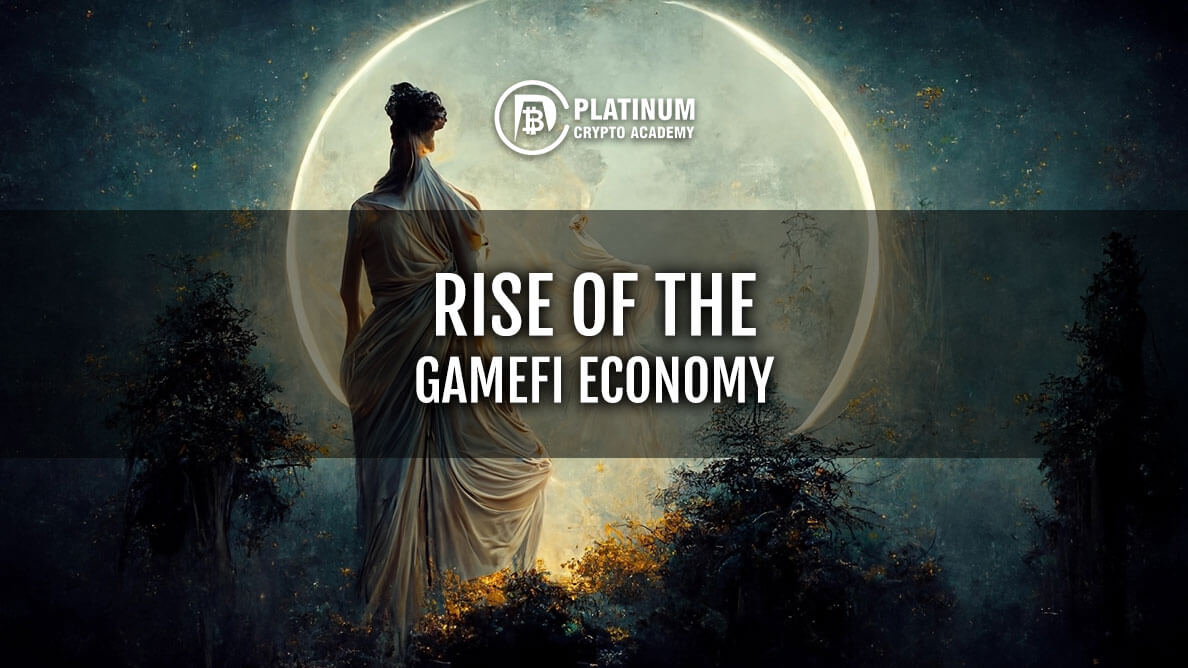 Rise of the GameFi economy

How is the industry evolving?

The Age of Zalmoxis

What is expected in the future?

The sheer number of video gamers spread all over the world suggests that a third of the world population is into video games and a big majority of those game purchases are in digital format. So, video games are slowly becoming part of our daily lives.

Although video games have been around for many years, the advent of blockchain technology has proven to be disruptive for the video game industry. The latter has opened up many new possibilities and utilities out of video games. One such benefit is GameFi, which essentially is a fusion of the two words – game and finance.

GameFi usually refers to play-to-earn games that offer economic incentives to the players and uses cryptocurrencies, NFT and blockchain technology to create a virtual gaming environment. In a typical GameFi ecosystem, players can earn in-game rewards by completing certain tasks, battling against other players and progressing through the different levels of the game.

Moreover, unlike most traditional video games, most of the blockchain games allow the players to transfer their assets outside of the game to trade on cryptocurrency exchanges and NFT marketplaces. The rewards can come in various forms such as cryptocurrencies or in-game items such as virtual land, avatars, weapons and costumes.

Some GameFi projects also offer Decentralized Finance (DeFi) products and features such as staking, mining, liquidity and yield farming. By incorporating DeFi elements into the game ecosystem, some GameFi projects make it more decentralized by allowing the community to participate in their decision-making process.

Earlier, video games were hosted on centralized servers owned by a gaming company, who had the power to shut off whenever they felt like it and players had no actual ownership of the items they got through their character. It all existed within the confines of the game platform and had no real value in the outside world. That is not the case with GameFi, as it is decentralized and relies on blockchain technology.

How is the industry evolving?

Blockchain and crypto are growing faster than any other global phenomenon in history and gaming has so far emerged as the hottest part of crypto. The Covid-19-induced lockdowns across different parts of the world in 2020 and 2021 have further bolstered the global video game market.

As people were confined to their own homes for weeks and months during the lockdowns, they started exploring the world of video games. That helped in the growth of the video game market whose size zoomed in the past couple of years, especially in value terms.

As a matter of fact, the global market for video game is now bigger than both the markets for movies and sports put together. There are more than a couple of billion gamers in the world at the moment and it is forecast that there will be over a billion eSports viewers by 2025. These gamers spent several billions of dollars on in-game “rewards” last year.

Another reason behind the boom in the video games industry in recent years has been the innovation in the game techniques and emergence of a variety of ways to play games. Video games have evolved to resemble competition-based and interactive movies. The Covid-19 pandemic has propelled the video game industry to make more money than movies and sports combined.

The Age of Zalmoxis

The Age of Zalmoxis is a multiplayer NFT gaming platform, which revolves around the ancient fantasy world. It is a blockchain game with NFT integration in a fantasy version of the Dacian Kingdom grounded in history, where threats from other realms emerge.

The game focuses on the Eastern European Kingdom of Dacia and it begins shortly after their ruler, First King Burebista, is assassinated. As the Kingdom shatters into tribes, Dacian nobles compete for leadership. Celtic, Roman, and Sarmatian armies prepare to invade and supernatural threats appear.

The Great Wolf Zalmoxis sees this and sends heroic souls down to the Realm of Earth. Players take the role of a proud Dacian champion, whose body merges with a heroic soul. They will fight other worldly monsters and mortal foes who seek to further fragment the Dacian Kingdom.

The game is the first project of Wenmoon Studios Ltd, a new generation game studio founded in 2021. The key objective pillars of The Age of Zalmoxis game are to evoke awe, spur intelligent innovation and reward investment.

It has been developed in partnership with The Institute of Archaeology of the Romanian Academy, using Unreal Engine 5 and integrated with the Elrond blockchain, the first carbon-negative European blockchain network. The Unreal Engine 5 is the latest evolution of Unreal Engine with several new features.

One of the most striking features of The Age of Zalmoxis is its partnership with egld.gg, the first gaming guild on the Elrond blockchain. Gaming guilds are an alliance in the gaming space and egld.gg is a crypto gaming guild, that consists of investors, gamers and managers. They act as facilitating intermediaries by purchasing in-game assets in the form of NFT and then lending them out to thousands of players to play and earn yields.

Unlike other games, The Age of Zalmoxis does not require the player to pay for the game, buy a subscription or any prepaid game cards. The game has two ways of free-to-play: lending a character by splitting profits from the game or using a Dream Soul and experiencing the game in a demo version.

However, people interested in getting an Origin Hero Soul can find them on the marketplace. There are six types of Soul representing different elements which players can redeem in-game, when customizing their avatar. A seventh type can be uncovered by owning all six elements and creating a summon. Players are owners of their assets. Accordingly, they can buy and sell assets any time.

The other advantages of owning a piece of land is that the players or the owners of the land would be able to choose a professional building like a workshop, kitchen, fishery, stadium, tailor shop, craft shop or just farm land. All the buildings come with an NPC that takes care of the business while the player is offline.

What is expected in the future?

The emergence of blockchain games or NFT games will further add to the exponential growth of the overall video game industry. Therefore, it is no surprise that funding for new projects in this field is easily available, as long as one shows a decent proof of concept of the project.

GameFi attracts gamers by combining entertainment with financial incentives and, with the increasing popularity of blockchain games, the number of big players building up the metaverse is likely to increase in future.

During the third quarter of the current year, there will be a private sale, public sale as well as staking of the $KOSON token while the fourth quarter of the year will witness the opening of the Land Chest.

The Land Chest can be owned, traded and staked for $KOSON rewards. Every Land Chest contains 1 Land Token for claiming the Land Plot, one random piece of gear and a chance of a Legendary item or an Alpine Land Plot.

The Alpine Land Plots are considered mythical and have a drop percentage in any Chest. Located on the holy mountain of Kogaionon, the Alpine Land is extremely rare and is capped at 666 Plots. This Land will be the hosting area for special contents.

The year 2023 for The Age of Zalmoxis will start with in-game marketplace add-on for Land or items in the first quarter as well as horse breeding. The second quarter of 2023 will see the launch of character customisation.

GameFi is one of the hottest topics raging within the cryptocurrency space at the moment. Blockchain games are already disrupting the video games industry and some game titles, with more than US $1 billion in total in-game assets, have already piqued the gaming industry’s interest and reports of some gaming giants entering the GameFi space are emerging regularly.

While past blockchain games struggled to attract mainstream appeal, their underlying technology and the understanding of it has developed to the point where new GameFi titles are finding large fan bases. Some industry experts believe that gaming could be the most likely route for widespread blockchain adoption.

Video gamers are already familiar with the concepts of in-game currencies and digital assets. Blockchain technology empowers these gamers in a way that has clear and real benefits – both financially as well as in terms of a title’s development. The overall gameplay of The Age of Zalmoxis gives a glimpse of some of the benefits that can be expected from GameFi projects and its roadmap indicates the future potential too.

Therefore, it is safe to assume that GameFi will increasingly take bigger bites out of the global video games market. While most of the current features will remain prominently in many GameFi titles, the pace at which blockchain technology is evolving means further new innovations are easily expected. Many of the latter will surely make into video games and eventually bring with them newer and exciting ways to monetize new experiences.