Cryptocurrency Prediction: Bitcoin Could Plunge to $25,000

Hubble: A Decentralised Platform That Makes Use Of USDH Stable Coins 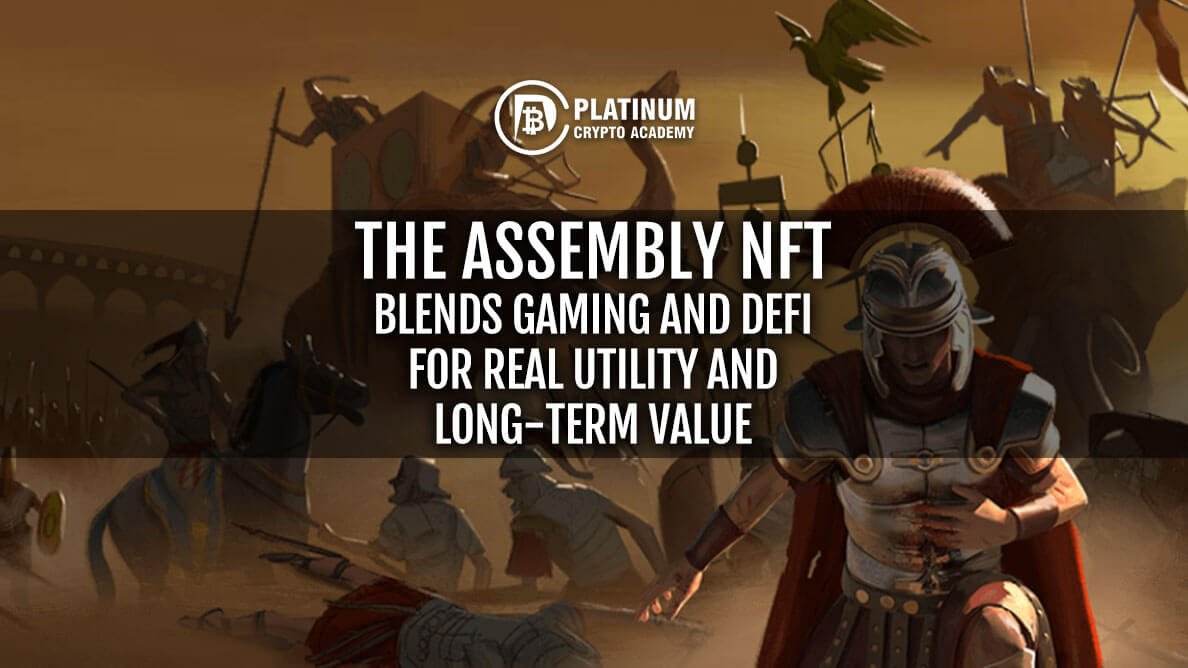 Key Features of The Assembly

Uniqueness of The Assembly and its rewards

Crypto and NFT enthusiasts come across standalone stories on NFT, art, play-to-earn games and even the overall crypto economy almost on a daily basis. Each one of them tries to outdo each other in terms of their uniqueness, rarity, the benefits or rewards they offer to its loyal users and holders.

The Assembly Studios, plans to offer the same and some more to its users. It aims to be a world-class gaming publisher and to produce revolutionary NFT gaming projects with real utility, long-term value and a huge element of fun.

The team behind The Assembly previously worked together on mobile gaming and are passionate about high-quality productions. It firmly believes that Web 3.0, NFT and gaming are made for each other and that crypto and Decentralized Finance (DeFi) add brand new opportunities for everyone.

The Assembly is built on the Solana blockchain network. While Ethereum is currently the most used blockchain, Solana boasts of impeccably faster processing speeds and significantly lower fees. Besides, Solana’s proof of stake system is more environment-friendly than the proof of work system used on the Ethereum blockchain.

Key Features of The Assembly

It is set in a universe that passes through time and space to gather the essences of noble Roman, Viking, and Mayan warriors and pits them against each other in an alien world of vast wealth and untold opportunity, observed by the powerful and secretive The Assembly.

It is a Multiplayer Online Battle Arena (MOBA) which, typically, involves two teams pitted against each other, with each player controlling just one major character, helped by computer-controlled minions on realistic battlefields. The games require strategy and timing. Besides, characters and equipment with the right capabilities are critical to winning this game.

Depictions of legendary historical figures and battle gear can be bought by collectors and gamers, with ownership guaranteed by NFT technology. Owners of the NFT have a range of rights and benefits within The Assembly gaming ecosystem, with added in-game and voting benefits going to holders of NFT from the inaugural Foundation Collections. Every piece of gear can be minted into a unique NFT, bought, sold or rented to other players, thereby enabling you to earn as you play.

The Assembly will be a play-to-earn action adventure /MOBA fusion, inspired by games such as League of Legends and Dynasty Warriors. Warriors and mythical heroes from across history will clash for supremacy in the gamified battlefield.

The business model combines a careful balance of economic inflows and outflows with easy in-game transactions and earning options for players.

NFT can be staked to earn $WEALTH tokens, sold in the secondary market, and GEAR NFT can be leased to other players in a play-to-earn model that provides significant economic benefit to owners. NFT can also be leased to other players, staked to earn $WEALTH tokens or sold in the secondary markets in a play-to-earn model.

In the same way, $WEALTH tokens earned as game rewards can be used for in-game purchases or staked to earn interest when owners are not playing. $WEALTH is a cryptocurrency in its own right and can be exchanged for fiat or other cryptos in the open market or staked in DeFi liquidity pools.

While the full game is being developed, holders of NFT can stake them in a special Staking Arena for an AI-driven game. They will earn $WEALTH and experience some of The Assembly Universe. The $WEALTH token is supported through an automated and parametric exchange mechanism and USDt/$WEALTH DeFi liquidity pools.

Initial marketing activities have focused on NFT collectors and cryptocurrency investors. There is already a significant and loyal The Assembly community of long-term holders and fans. Post the IDO, the marketing activities will shift to attract gamers and promote The Assembly game in general. The company has brought together a team of experienced and talented individuals and strategic partners for the purpose.

Uniqueness of The Assembly and its rewards

There are many elements that make The Assembly stand out from the other competing NFT projects in the market. It is backed by a world-class team of gaming industry veterans and has an existing community of long-term holders and fans.

Multiple collections of the project are sold out, with many commanding high values in the secondary market. The native crypto can be exchanged for fiat or other crypto in the open market or staked in DeFi liquidity pods. Holders can make passive income via royalties and there are governance tokens for its holders too.

In terms of rewards, players earn points and resources by exploring the map, taking outposts and fighting other heroes. Every match in the game has the potential to provide some gain. The more a player contributes to a team’s victory, the more the player earns. The bonuses, meanwhile, are designed to encourage regular play.

The Assembly Studios company has four main revenue streams. One of them is through the sale of NFT for characters and land. The second one is earning royalties of 5% on any of the NFT sold in the secondary market. Besides, there will be a percentage of proceeds from in-game transactions to be earned in $WEALTH tokens.

As for the utility of the $WEALTH token, The Assembly ecosystem is scalable across multiple features and will give users access to areas on the platform that are available only to token holders.

In terms of in-game utility, the $WEALTH token can be used for game rewards payout, staking rewards payout, on-chain marketplace currency, entrance fee for scheduled games and crafting fee, among others. It can also be used to purchase in-game items, purchase item upgrades, land upgrade material and for NFT leasing fee.

The $WEALTH token also has other play-to-earn utilities like benefiting players or holders of the NFT in multiple ways. They include game rewards, staking rewards, fees for renting out Gear NFT, sale of land NFT to other players and royalties for other players buying or using skins of NFT. In addition, it will benefit players or holders from the sale of NFT and tokens earned in-game in the secondary market.

The strategies, various rewards and long-term vision of The Assembly Studios are geared to provide both fun and long-term value to its users. Their first project is an AAA-quality gaming experience with the added economic benefits that come from cryptocurrency and NFT technologies.

The company seems to have the early mover advantage when it comes to merging the benefits of gaming and DeFi, especially, at a time of high growth seen in MOBA-style games and pouring of investments into NFT.