CleanCarbon: Accelerate the reduction of the carbon footprint from the environment! 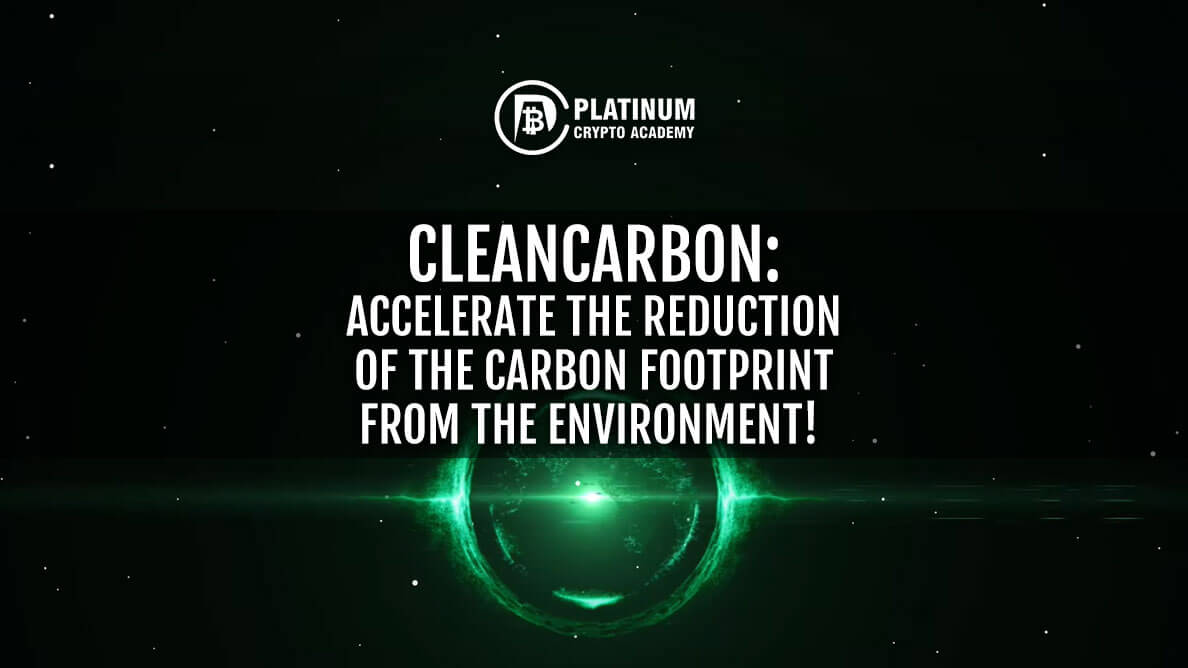 CleanCarbon: Accelerate the reduction of the carbon footprint from the environment!

How does waste impact environments?

How does CleanCarbon address waste issues?

There is no doubt that people have become more aware of the impact on the environment that human activities have created and its potential long-term losses in terms of climate change. The awareness may be attributed to both government regulations as well as due to informed decisions made by people and companies alike, to reduce waste and resultant pollution.

Although it seems that things are finally heading into the right direction when it comes to reducing carbon footprint, there are people who believe that the changes being made are not implemented fast enough. Some places in the world still lag behind when it comes to efficient waste disposal, reducing pollution and recovering energy from used products.

CleanCarbon is a project that aims to address the fundamental issue that communities and companies face while attempting to reduce pollution and restoring energy from waste products.

The CleanCarbon project combines the benefits of Decentralised Finance (DeFi) with the physical waste-to-energy installations. It was set up to address the fundamental issues of reducing pollution and dispose or use waste efficiently such as restoring energy from waste products.

It is the first asset-backed, community driven blockchain project that cleans our planet with a new technology and dedicated team that is working to make change happen locally first, before it sets sail for global markets.

The building blocks of the CleanCarbon project are physical waste-to-energy Ultra-High Temperature Gasification (UHTG) installations, a patented technology recently developed in Europe. This technology offers a new standard of efficiency, low cost and sophistication in waste management and energy recovery. The pilot project of CleanCarbon will be implemented within Europe first and the next step will be expanding such installations to other parts of the world.

How does waste impact environments?

While it is reassuring that more and more people and companies are becoming aware of the impact on environment and are doing their bits to reduce carbon footprint, there are some schools of thoughts that believe there is a lot of room for improvement, both in terms of speed and standards.

Despite more awareness and relevant government efforts, there are some places which are lagging behind when it comes to using waste efficiently and extracting or recovering energy from used products.

This problem is especially acute in many islands around the world. Due to their geographical location and the high costs of waste disposal, governments and local businesses often struggle to find practical solution to waste management.

One such place is Fuerteventura, one of the Canary Islands in Spain, which has been struggling with pollution for many years. Most of the waste, albeit segregated, from the entire island is stored in one place called Zurita.

Since shipping the waste to mainland Spain is expensive to handle properly, most of Fuerteventura’s waste ends up in landfills. To make matters worse for the environment, when there is not enough space, the waste is buried in the ground or even thrown into the ocean.

How does CleanCarbon address waste issues?

CleanCarbon believes that new emerging technologies are the missing pieces to create sustainable long-term solutions and raise the much-needed global awareness about efficient waste disposal and waste-to-energy solutions. It is the first initiative that uses DeFi as a driving force to accomplish environmental goals faster and more effectively.

The team behind the project believes that blockchain can and should offer more than just software solutions and financial incentives programmed into smart contracts. Their approach is to optimally use the full potential of DeFi technologies by combing software with hardware and create multiple physical utilities for their token.

CleanCarbon has started a pilot project for its waste-to-energy UHTG installation in Canary Islands. Their systems treat almost any type of waste, as long as it contains some organic products and the right amount of moisture. After the treatment, the end product is formed as syngas, which is a high-energy hydrogen-containing mixture that can be used as a product in various industries.

The syngas produced by the CleanCarbon installations will contain between 40-75% hydrogen. This, in turn, can have many use cases such as direct use through burning, producing electricity, chemicals, liquid fuel like methanol and diesel, as well as hydrogen separation.

Inorganic materials contained in the processed product are delivered separately and can be easily collected, sold or used by the company for other purposes. The entire process is relatively simple and can be fully automated as well.

The main advantages of the CleanCarbon systems are full carbon conversion, no toxic reside, fire or smoke and highest energy recovery. It is completely environment-friendly and also compliant with all relevant government regulations.

The CleanCarbon project has a unique business model whose impact goes far beyond financial gains. It will partially use the funds collected from its global token pre-sale to finance the pilot project installation and fund the project’s treasury. The latter will be responsible for blockchain and DeFi investments. The global pre-sale of CARBO tokens is expected some time in the second quarter of 2022 and the tokens are likely to be listed around the same time.

After the first waste-to-energy installation is completed and becomes operational, a part of the generated profits will be used to buy back the CARBO tokens from the exchanges. The purchased tokens will then be burned, thereby paving the way for a premium on the prices.

The token side of the project will help finance the installation and create extra project utilities while the physical side will help stabilise and increase the token’s price in the future. Moreover, in case of any unforeseeable problems affecting one part of the CleanCarbon project, the other part will be able to chip in and help.

In terms of the physical utilities of the CARBO tokens, it may be accepted as a payment method by some of CleanCarbon’s partners and can be used locally to reward users for sustainable activities. It will also connect sensors in the installations with blockchain applications. The physical utilities will begin to be implemented from the first quarter of 2022, when they will also apply for European Union (EU) subventions.

As for the financial utilities, the token burning events will create scarcity of the CARBO tokens in the market, a passive income, continuous marketing and supporting life-saving foundations through charity donations.

The key goals of the CleanCarbon project are to develop new ways of connecting blockchain technologies with effective environmental initiatives. Majority of the funds raised will be used to finance the pilot project installation.

Thereafter, a part of the funds collected during the pre-sale of the tokens and a small chunk of the fees from every transaction will be kept as the CleanCarbon treasury fund. The purpose of the treasury fund is to ensure there are enough funds to grow the project indefinitely and have additional ways to boost the token prices.

It will invest approximately 30% of the funds in early-stage start-ups with enormous profit potential. Each project will be carefully researched before investing and the CleanCarbon community can also suggest new exciting projects. The key condition here is that the projects must be aligned with the broader vision of CleanCarbon.

Another 30% of the funds will be used to buy the dips of major cryptocurrencies and cash out the profits when they gain 10-20%. The same process will be repeated whenever similar market conditions present themselves.

The balance 40% will be used in various staking platforms to generate steady passive income in the years to come. In order to achieve that, it will invest in stablecoins to ensure the security and stability of the funds. They may also invest in Liquidity Pools of selected major cryptocurrency pairs. The latter will help generate profits on main coins via staking and loans.

Apart from the financial goals, the Clean Carbon team also has plans for global expansion of their project. Once the pilot project is completed and validated, the team plans to expand the project to two other Canary Islands – Gran Canaria and Tenerife. Thereafter, it plans to set sail for global expansion.

Considering the damage that has already been done to the environment due to reckless human activities over the last few decades, pollution, climate change and environment conservation are issues that are likely to dominate the human psyche across the world for the next foreseeable future.

The severity of the issue is evident from the fact that people involved in new technologies are also thinking of using them to tackle issues related to the environment. In that context, it is encouraging to see blockchain technologies, which have multiple potential use cases, are being explored to help improve the environment we live in.

With growing global endeavours to reduce carbon footprint and help build a long-term sustainable future for the next generations, there is no dearth of funds that are ready to support innovative projects in the realms of pollution control and environment conservation.