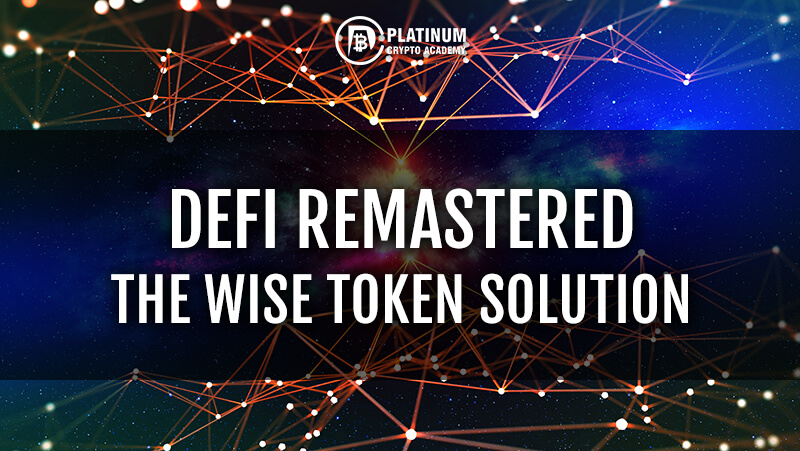 This article will explore the concept of Defi as well as create a comparison between traditionally centralized finance and the new age of decetralised finance.

TRADITIONAL FINANCE – HOW IT WORKS

The centralized authorities issue regular currency which further helps in driving the economy, and is used for different trades such as banks and government. Hence, the power of managing and controlling the supply and flow of these currencies is dependent on them.

Apart from this, all the control on our assets is passed to different financial firms such as banks, with the hope to earn higher revenues. The issue with all of this is that because the fund, as well as the control, is centralized, the risks are also higher.

This is where Defi comes into the picture! Defi (decentralized finance) has gained a great deal of prominence within the blockchain industry. Contrary to the decentralization of fiat money via Bitcoin, Defi aims to decentralize the traditional finance industry. The primary aim of Defi is to ensure that traditional financial services are available to one and all. Thus, Defi intends to provide a permissionless financial system, which is based on the blockchain infrastructure.

HIGHLIGHTING THE ISSUES IN THE DEFI ECOSYSTEM

The decentralized finance ecosystem comprises applications built atop publicly distributed ledgers, for facilitating permissionless financial services.  Most decentralized finance tokens utilize incentivized liquidity farms (also referred to as yield farming) for maintaining a significant amount of liquidity. But this entails hyperinflation of digital token for making up for all the impermanent loss that liquidity providers endure. This, however, is unsustainable, and under the control of the digital token founders. This means the holders’ digital tokens are consistently being diluted as well as risk losing the purchasing power.

However, those who offer liquidity pose risk to investors since their behavior is not certain. As quickly as they can initiate a digital token’s market, they have the power to crush it down. This sudden liquidity removal also referred to as ‘rug-pull’, has become much common among the newly launched digital tokens.

WISE digital token is a unique staking platform wherein staking for a longer duration pays better. The token has managed to redefine Defi (decentralized finance) by doing cryptocurrency in the right manner. The token intends to improve and recreate on Bitcoin’s ‘Immaculate Conception’. In the case of WISE, 90 percent of the Ethereum received during the launch period is sent trustlessly as liquidity, forming a deep financial market for the ecosystem. Most of the projects send only 10% of the money raised. WISE is an audited and entirely complete project designed by the non-profit WISE foundation. There aren’t any founders’ digital token rewards, administration keys, or specialized privileges that would pose any threat to the decentralized protocol. It is for this particular reason that WISE has gained much prominence.

WISE comes with a 50-day launch time for traders to reserve the WISE token. Every single day of the launch around 5 million WISE token are provided that are proportionately distributed as per the total amount of ETH that is sent for the day.

Investors can also lock up their WISE to earn attractive interest over time. The longer they stake, the higher interest they earn. You can access interest any time without any fee payable, however, ending the stake early results in a penalty of the principal. All the other penalties and fees are redistributed among other stakers.

Investors can easily cash out with the help of the Uniswap DEX. While other Defi (Decentralized Finance) projects are dependent on users for building markets slowly for their digital tokens, the WISE contract entails the creation of one massive liquidity pool on the Uniswap platform, with no KYC as well as the ability to swap from the private digital wallet. when you cash out their principal and interest, they will have the additional perk of compounding their ROI by however much the Wise token price has gone up during the duration of their stake.

THE PURPOSE OF THE WISE TOKEN

The main goal of the WISE token, as well as staking, is much similar to CDs and bonds (deposit certificates) that reward the token holder with interest earned in exchange for locking up the funds for the specific period. WISE incorporates a couple of features of both the traditional instruments and improves upon them greatly.

Certificate of deposits tend to offer lower returns, and low-risk, and pay-out interest only on the date of maturity. Bonds may be at higher risk and offers higher returns, as well as payout the interest regularly as per a defined schedule (usually every 6 months). Thus, WISE is way superior to CDs and bonds in every which way. WISE provides the staker full flexibility in selecting when exactly they need to withdraw the interest during the stake’s life. Based on your requirement, you can either withdraw the interest daily, or irregularly, or wait till matures, or whatever option you prefer.

One of the advantages with WISE is that its stakes offer higher returns, way lower risk (owing to being trustless and decentralized), and much higher flexibility when compared to both CDs and bonds. Thus, there is no need to trust the governments and banks any longer to remain solvent as well as not alter their rules. Hence, there is no need to worry about the defaulting of a bond issuer. Wise is therefore immutable, pure code.

THE REASON BEHIND THE DEVELOPMENT OF WISE

Trusting other humans with your funds can get inherently risky. The major flaw within the traditional finance instruments is one of the major reasons why WISE has been developed. With a WISE contract, a user will always be in complete custody as well as control of the WISE tokens, despite the numerous economic activities.

The minting of the WISE token initially, earning of referral bonuses, closing, and opening stakes, receiving of interest, as well as selling of WISE in exchange for ETH as well as other digital tokens can easily be carried out end-to-end without a user’s WISE digital tokens being ever under the control of another system or person. Compare this with a host of banks that can’t be trusted as well as a money manager who doesn’t keep your interest in mind.

One of the important aspects of owning cryptocurrencies is to acquire cryptocurrencies for safely, quickly, and easily trading them as and when the requirement arises. Uniswap, which is a highly reputed and popular decentralized finance exchange smart contract on ETH is one such place. After the 50-day liquidity Transformer Epoch, WISE will trustlessly, automatically, as well as irrevocably bootstrap the initial pool of liquidity on Uniswap. A minimum of 90% of the Ethereum sent by the users to the WISE contract at the time of LT Epoch will therefore be auto transferred to the Uniswap exchange by WISE contract, aside from the minted WISE token in equal amount/value.

In exchange, as well as simultaneous to the pool of liquidity deposit, Uniswap exchange transfers an adequate amount of the LP token to the WISE smart contract. This carries the only power of withdrawing the liquidity pool. The WISE smart contract will then immediately and automatically destroy the LP digital tokens by transferring the same to the known burn address. In doing the same, WISE ensures that the initial WISE/ETH liquidity pool can’t be withdrawn from the Uniswap exchange by any party, person, entity, or contract till eternity.

In addition to this, the WISE smart contract also enables users to acquire an interest in the WISE time deposits known as stakes that draw many similarities with bonds but are way more flexible. The stake earns interest similar to that of a bond, however, with the additional feature of permitting interest withdrawals at any instance during the stake’s life, something that the bond does not allow. These, similar to bond and interest-earning stakes in the WISE contract are always in complete custody of a user and his/her wallet, never influence, held, or allowing any confiscation by any 3rd party.

Cryptocurrency is fresh into the market, and many people don’t have any idea regarding evaluating the tokenomics. However, those who choose to stake the WISE token, either for1 day or up to 15330 days just under 42 years period, shall earn interest each day. The interest amount that stakes earn is based on the number of individuals who also choose to stake WISE, however, the good thing about the entire system is that the staked WISE gets burned, thereby resulting in the removal of supply. This implies that to give competition for earning attractive interest, people should burn several WISE tokens that drive the price up. You may be earning lesser interest if several individuals stake, but it shall offer a higher Return on Investment right after your stake comes to an end as well as you may sell for a higher price.