EVERYTHING YOU NEED TO KNOW ABOUT THE JUNCA PLATFORM 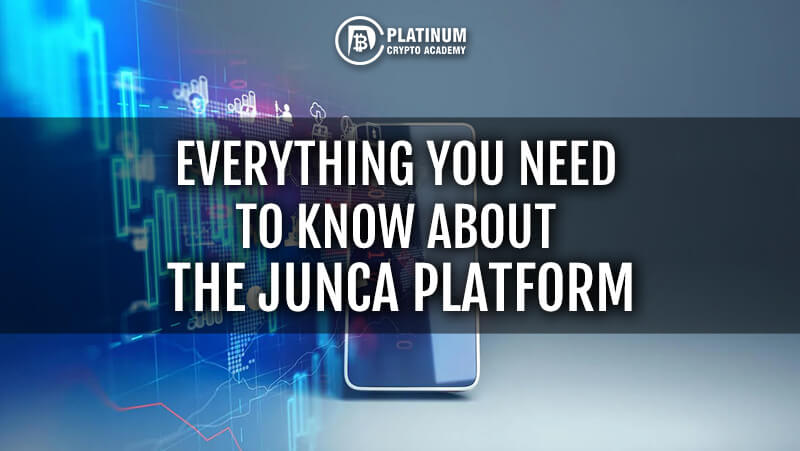 EVERYTHING YOU NEED TO KNOW ABOUT THE JUNCA PLATFORM

Cryptocurrencies have gained worldwide prominence simply because they are easy to use, access and store. However, another benefit of cryptos is that these currencies make an international money transfer both quick and efficient. People looking to transfer cryptos between banks know that it is a cumbersome task.

The process often gets delayed and also involves many inefficiencies. This is precisely platforms like Junca Cash become prominent.

The Junca platform, created to offer both fintech and cryptocurrency services, supports domestic and international remittances, payments, as well as exchanges at ATMs. Additionally, Junca Cash also provides wallet services as well as cards for a very low fee.

Based in Japan, Junca was developed for the growth and enhancement of the Asian economies. The platform, in particular, aims to assist the OFWs (Overseas Filipino Workers) by extending them with uninterrupted support in the area of overseas remittances. Although junca Cash is scheduled to be implemented in a huge market with national partnerships, it has not been promoted yet. But it has gained the attention of many cryptocurrency exchanges and is on its way to be listed on a leading exchange in the future!.

In this article, learn more about the Junca platform and what makes it ideal for cross-border remittances and cryptocurrency investing.

Before we proceed any further, you must understand more about the OFWs and their contribution to the growth story of the Philippines.

The OFWs or the Overseas Filipino Workers are people from Filipino residing outside of the Philippines. These people have their permanent residence in different countries. The OFW also includes people who choose to stay abroad for a brief period of education or employment. According to research conducted in 2019, there are more than 12 million Filipinos currently residing overseas.

THE ECONOMIC CONTRIBUTION OF THE OFWS REMITTANCES

Since the beginning, the OFWs have been regarded for their massive contribution to the growth and advancement of the economy of the Philippines. Remittance given by the OFWs stood at around 11% of the country’s GDP in 2018. The inflow of remittance has been rising in the Philippines. In 2014, it stood at $28 billion and later rose to $34 billion by 2018. Thus, the Philippines is one of the top five countries globally that benefits the maximum from remittances.

BoP or Balance of Payments: This is a crucial indicator of the economic health of a nation. A surplus indicates that the country has earned way more than what it may spend during a given period. On the other hand, a deficit implies that the nation has spent much more dollars than what it may have earned. Remittances sent via the legally operating financial system are instantly caught in the nation’s BoP being monitored by the Philippines central bank, i.e., the Bangko Sentral ng Pilipinas. The remittances indicate how significantly the Filipinos working overseas are earning. These remittances get transferred to the families of the OFWs as well as the Philippines BoP.

Exchange rate: The exchange rate indicates how healthy a country’s currency is compared to that of another. The Peso (the Philippines currency) gains strength when the OFW remittances increase. This implies that it is way more in relation to other foreign currencies. Thus, when remittances are flowing smoothly, it empowers the nation to purchase more international goods & services. It also indicates that the country is now well-positioned to service all its external debts aside from other global obligations.

Foreign Reserve: The Foreign Reserves, also referred to as the GIR (Gross International Reserves), combines the entire foreign exchange, including foreign exchanges, foreign investments, gold, as well as special drawing rights. The Gross International Reserves is one of the key components of any economy since it is utilized for managing the nation’s forex rate against increased volatilities. As far as the OFW remittances are concerned, they are one of the best ways for growing the Foreign Reserves. In fact, in June 2019, the GIR of the Philippines increased to $85.38 billion.

Standard of Living: When remittances are provided to the family members, they use it for improving their overall living standard. Many economists believe that overseas remittances directly result in improved education, healthcare, and entrepreneurial pursuits of the people of the Philippines.

Purchasing power: The purchasing power denotes the number of goods/services that a single unit of a currency can purchase. As far as cross-border remittances are concerned, they are regarded as one of the prominent drivers of domestic demand. Remittances from OFWs help to finance private consumption in the Philippines as it increases every individual’s purchasing power.

CHALLENGES BEING FACED BY OFWS AND OVERSEAS OPERATORS

Millions of individuals working around the globe face challenges while sending money to their family abroad as it is never cheap. On average, people pay a fee of around 6.9% as part of remittances. Apart from this, people operating from overseas also have to deal with fluctuations in the exchange rate of the local currency. This exchange rate is an important aspect of international money transfer. While some systems use the existing rate for processing payments, other networks process payments right when a transaction is done. Besides, if the countries involved have their regulations that specify what exchange rate should be applied, then the entire scene changes.

In addition to this, the overseas operators from the Philippines also face issues concerning raw material procurement and the ability and awareness of locally available human resources, resulting in higher employee wages as well as procurement costs.

These are some of the problems that the Junca platform can help resolve to a large extent.

The Junca platform, unlike any other cryptocurrency investing platform, has been developed for those who need a permanent solution to the problems of cross-border remittance for the OFWs and the people of the Philippines.

In other words, the Junca platform offers fintech as well as cryptocurrency services to support international and domestic remittances, ATM payments, exchanges, and more for a fee that is way lower when compared to other systems. The platform aims to enrich the very lives of the Asian people, especially that of the people of the Philippines. If you are inclined towards cryptocurrency investing and would like to invest in a new crypto-asset, then you could easily opt for Junca Cash offered by the Junca platform. Junca Cash is the base or the key currency of the Junca platform.The Junca platform complements the Philippine economic system since it offers many use cases based on the needs of the local people.

So, if you are fond of cryptocurrency investing and choose to invest in the JCC or Junca Cash, you will enjoy several advantages such as:

– Unique benefits at the Junca Group stores as well as franchise stores once you become a member.

– International remittances for the OFWs

– Donations to scholarships and funds, etc.

– Exchange of cryptocurrencies and fiat currencies

– The exchange at ATMs (domestic and international remittance, Deposit, Withdrawal)

HOW DOES IT WORK – JUNCA PLATFORM?

Once you have the Junca Cash in your wallet, you can use it to exchange at an ATM. Using the Junca App, users will be able to manage and control their deposits & withdrawals without inserting their card. Apart from this, Junca Cash can also be used for shopping at multiple shopping sites offered and partnered by the Junca group. Junca platform also allows users of JCC to make donations to programs that support people across the globe. These programs, supported by the Junca platform, will help to uplift people in different countries, especially in Asia.

In addition to the above, the Junca platform also allows its users to use the Junca Cash for money transfer and balance inquiries. As a result, users can use the Junca cash for initiating banking services and making both deposits & withdrawals. Apart from the above, Junca will also offer cryptocurrency exchange services, educational support, credit card, and settlement services to its users.

HOW DOES THE JUNCA PLATFORM SOLVE THE REMITTANCE PROBLEM?

As already mentioned above, the Junca platform aims to offer fintech and cryptocurrency services to users. With features such as Card, ATMs, and Wallet services, Junca aims to solve domestic and international remittances.

The Junca platform is unlike any other cryptocurrency investing platform in the market. Junca makes use of blockchain technology to ensure that its users enjoy instant transfer. Thus, the settlements, which earlier took many days, can be reduced to just a couple of seconds using the Junca platform. Another benefit of the Junca platform is that it offers low-cost cross-border remittances. Lastly, the platform is safe to use as it is difficult to falsify the data.

WHAT IS JCC WALLET? HOW DOES IT WORK?

The Junca platform aims to enhance the Asian economy by simplifying and speeding up the process of cross-border remittances. People who choose to invest in Junca Cash will also have to use the JCC wallet, currently available on Google’s Play Store, to store and use their JCC tokens. The JCC wallet can be safely used for sending as well as receiving Junca Cash on your smartphones. The wallet app also lets users manage their total assets as well as usage history. Junca also plans to update the JCC wallet in the future by including new options.

To conclude, remittances from OFWs are helping the Philippines close the gaps between the poor and the rich in the country. With improved standards of living and increased disposable income, there is an automatic increase in the goods & services consumed, which eventually helps to drive the economy higher. This is where the Junca platform can help the Philippines and the Asian economy to move towards growth & success.

By facilitating cross-border remittances and revolutionizing the human resource development system with assistance from blockchain technology, Junca plans to transform the Philippines economy and transform it for the better.

To learn more about the Junca platform, visit https://junca-cash.world/!