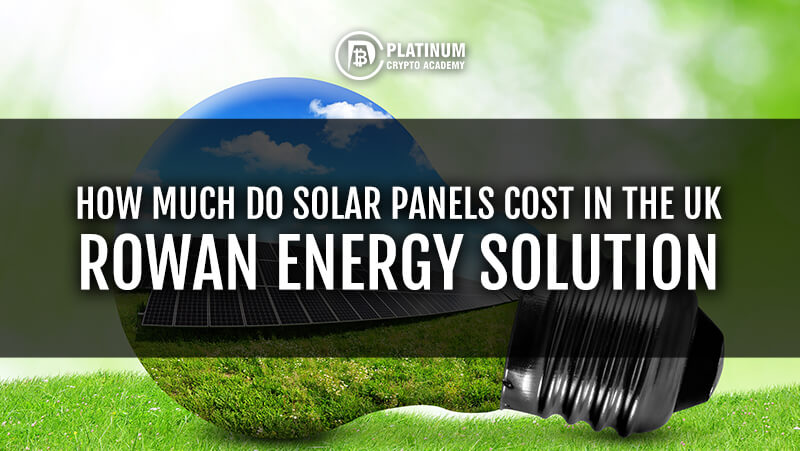 How much do solar panels cost? This is a question that comes to the mind of every homeowner. Is it a worthy investment? You may also wonder how efficient solar panels are and how you can maintain them. In this article, we will try to answer these and some other questions you may have concerning solar panels.

ENERGY SOURCES IN THE UK

A recent statistical press release from the Department for Business, Energy & Industrial Strategy released on 25th June 2020 states that Energy in this country is generated in a number of different ways. Having multiple energy sources is important since it enables a country to have constant electricity and not to depend on one source of energy. So, in case of disruption, electricity can always continue to be generated. Power sources in the UK can be subdivided into the following sections (This is according to Q1 2020 statistics):

Nuclear energy in the UK constitutes about 15.1% of the energy produced in this country. Nuclear power generation entails splitting Uranium atoms to produce heat in a process known as Fission.

Finally, about 2.7% of the energy sources in the UK are imported from countries like the Netherlands and France. This is imported through a series of interconnected power cables between these countries. The country also uses these cables to export power to other neighbouring countries. Fuel used by generators has also been taken into consideration.

RENEWABLE ENERGY SOURCES IN THE UK

THE RISE OF SOLAR ENERGY IN THE UK

Solar energy is a renewable source that can be used in many ways. Some of the most common ways in which this energy source is used are for warming water, producing electricity and also heat. The UK stands among the top five countries in the world that use Solar energy as a source of power. Different techniques are employed to convert solar energy into electricity. The most common method used is through the use of Photovoltaic system. This is also known as Solar PV. The provision of solar energy through this system involves multiple solar cells that work to produce electricity. They convert the heat energy from the sun into electricity. Solar PV has risen in popularity in the last few years since it uses naturally occurring sources, it is free to source (even though it may have slightly high installation costs) and it can also work in cloudy days. The total output of Solar PV in the UK is enough to power over two million households in the UK. Currently, there are about 800,000 households in the UK that have installed Solar PV panels. This is quite a significant number even if we look at the issue of cost on” how much do solar panels cost”. We realize that households are resorting to green energy sources like solar power.

HOW MUCH DO SOLAR PANELS COST IN THE UK

There are different kinds of solar panels that vary from one location to another. The main ones are as follows:

These are solar tiles that can be used to replace normal roof tiles. They help in maintaining the original appearance of the building. For a 3KW solar tile system, the cost starts from 10,000 pounds to 12,000 pounds.

These are Solar PV panels that can be mounted on the roof of a building. It costs from 5,000 pounds to 8,000 pounds to install solar panels on a property. There are also Do-It-Yourself Solar Panel kits that you can install on your property. Installing these take between 600 Pounds to 4,000 Pounds.

WHAT ARE THE ADVANTAGES OF USING SOLAR PV PANELS

Once you have answered the question “how much do solar panels cost”, the next question that may come to mind is to find out whether they are a worthy investment. We shall look at the advantages of having solar panels. Firstly, when you use solar energy in the UK, there is no need to apply for a permit. All you need to do is to install the solar panels in your house and you’ll be good to go. Secondly, solar panels can work everywhere, even in areas that are cloudy.

To enjoy maximum benefit from these solar panels, you can install a battery into your house. Doing this will enable you to get access to solar energy even during the night. Once you install the solar panels on the roof of your building, using it is free. Solar power is also clean and green. No harmful substances are released in the atmosphere when you power your household through this method. Solar power also increases the overall value of your home. Panels can increase the value of your home by up to 10%.

IS THE UK WEATHER CONDUCIVE TO POWER SOLAR PANELS

The UK is famed for having grey, cloudy weather. Even with this kind of weather, there is still enough sunlight for solar panels. The solar energy that is emitted in the UK is almost similar to that emitted from regions that are considered to be full of sunlight and have a Mediterranean climate. Solar Photo Voltaic cells use light for the production of electricity. They do not use heat. This means that even in cloudy days, the Solar PVs can still produce enough electricity.

Some areas in the UK are considered to be windy. This can actually act in favour of the people who have mounted Solar PVs on their rooftops. What the wind does is that it can act as a cooling agent on the Solar Panels. This can make the panels to be even more efficient. Snow may make the solar panels to age faster. However, there is an angle you can place your solar panel so that the snow doesn’t adversely affect it. Also, the heat from the solar panel can melt the snow once it falls on it.

In the event that there is too much snow on the panel, then you can manually remove this snow. Snow may at times be useful as it may help in reflecting the sun’s light. You may wonder how much do solar panels cost to maintain? Maintaining your solar panel shouldn’t be hard. It only involves brushing the solar panels in case there is an accumulation of dust, dirt or snow.

HOW CAN I KNOW THE EFFICIENCY OF MY SOLAR PANEL

FACTORS THAT CAN REDUCE THE EFFICIENCY OF A SOLAR PANEL

How much do solar panels cost to clean and fix? This may depend on the labour costs in the city you are in. However, some of the issues like cleaning can be done by the panel owner. The angle of your roof also has a direct impact on the amount of sunlight your solar panel can get and this affects its efficiency. The best angle is between 30 to 45 degrees.

Rowan Energy is the world’s first community-supported green energy Blockchain that uses low powered Proof of Authority Consensus Mechanism. In this community, members play a role of either selling energy to the community or validating the transactions that take place in the Blockchain. This Blockchain platform enables solar panels owners to sell their energy to other community members on the Blockchain.

The returns from this are attractive, can be traced in real-time and are recorded on the Blockchain. For example, a household may have a 5kW solar panel that produces about 15 kWh per day. This household may consume 7KWh of this energy, sell 8 kWh (for 0.44p) to the grid and purchase 6KWh from the grid at 0.84p.On average, you end up spending about 0.40 p per day at your cost. This translates to about 150 Pounds on an annual basis.

However, with Rowan, with the same consumption,  and if you are a member of the Rowan Blockchain, you will get Rowan Points worth about 3.75 pounds every day. This translates to about 1368 pounds each year. Less about 146 Pounds you will have spent and you realize over 1200 Pounds each year.

Clearly, this shows that Rowan Energy is a perfect opportunity for Solar panel owners as you end up making a tidy profit from your solar panel on an annual basis. It turns your solar panel into a profitable venture. This would have otherwise been an expense with conventional systems.

Earnings Disclaimer: The information you’ll find in this article is for educational purpose only. We make no promise or guarantee of income or earnings. You have to do some work, use your best judgement and perform due diligence before using the information in this article. Your success is still up to you. Nothing in this article is intended to be professional, legal, financial and/or accounting advice. Always seek competent advice from professionals in these matters. If you break the city or other local laws, we will not be held liable for any damages you incure.