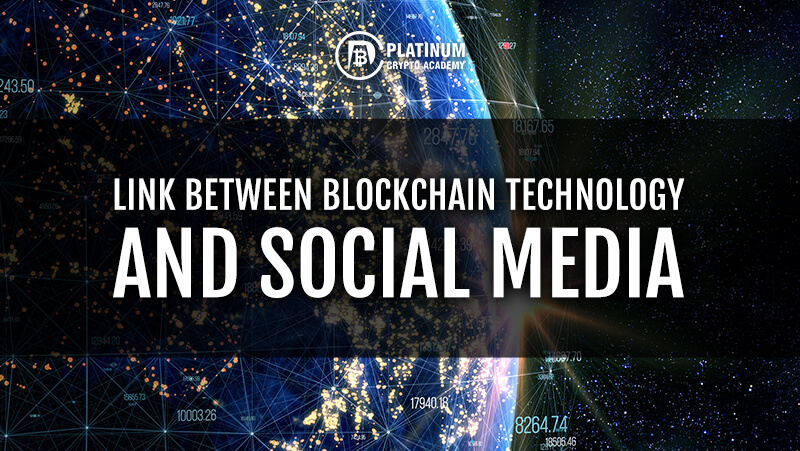 Traditional Social media platforms have become one of the most popular applications in the worldwide. Today the number of Social Media users is estimated to be about 3 billion, with experts predicting that this number will go higher in the coming days.

During the last years, different companies have been working on ways to improve Social Media Networks in the hope of onboarding more users. This has led to the emergence of decentralized platforms across the globe. Developers have been testing out Distributed ledger technology, Blockchain and its technologies such as cryptocurrencies and smart contracts in the hope of creating better platforms. This has led to the emergence of Blockchain based social media networks. One notable trend among these decentralized social media platforms is their ability to solve privacy issues.

The main drawbacks to social media are the loss of personal privacy, data protection, and ownership of information. Initially, the creation of social media platforms was received with great joy, as many were excited to connect with the outside world. However, at the time, many did not know that the providers of these platform had a plan to sell their data to third parties in exchange for the “free service.”

For instance, Facebook now has access to personal information and other data through the WhatsApp app. Another, Snapchat, which used to pride itself on anonymity, now keeps track of all user data and images. This poses a severe threat to users’ privacy.

Moreover, content posted on social media is increasingly being used for political gains, as well as curb dissent. With its decentralized consensus mechanisms, Blockchain’s social media platforms ensure greater privacy. Blockchain technology enables users to make transactions privately. Only the sender and recipient are aware of the contents of the transaction. This is the ultimate level of privacy online.

A NEW REALM OF SOCIAL MEDIA – WHAT YOU NEED TO KNOW

The last few years have seen the rise of decentralized social media, commonly referred to as Blockchain social media. The platforms leverage the underlying decentralized Blockchain technology to enable end-to-end encryptions for every interaction.  This new realm of social media has unique features like the use of smart contract between users and the providers.

Generally, the new social networks were created to eliminate bias and oversight issues created by central systems. In traditional social media, the provider has control of all the functionalities which has been a merger concern for many especially when it comes to privacy. Since blockchain is decentralized by nature, it provided a better alternative relinquishing control from the provider and distributing it to the entire community.

In addition to privacy, the Blockchain-based platforms have helped in put a check on user commodification. Simply put, the blockchain social media platforms have removed users as product, a commo n practice on traditional social media. This is because the peer-to-peer network and end-to-end encryption prevents users from using user data with third parties. This also means that users with decentralized social networks do not have to purchase third party applications like ad blockers to use the platforms.

Blockchain-based platforms have proved to be good source of revenue for content recreators. The platforms have become reward streams by receiving rewards content creators for their works posted on the platforms.  By eliminating third parties from the equation, content creators are now making reasonable incomes for their efforts. Additionally, more people are engaging on different activities since many decentralized social platforms have incentives systems to lure more users. Many are using their in-house cryptocurrencies to pay users for different social activities.

Users also get an opportunity to invest in the company by participating in the Initial Coin offering (ICOs) and other funding rounds by the companies.

Currently, there are many Blockchain-based social media platforms. However, in this article, we are going to discuss some of the most popular projects

The Atrom Network was created to provide an open and protected ecosystem integrated with a robust payment gateway. The Atrom Network is built around the idea of a global digital transformation identified with secure and decentralized operations. Through its relentless innovations in data privacy and security, the network has developed as an effective connecting channel among numerous individuals and organizations. The platform has the utmost protection to their metadata that form the base for data compromise.

The platform uses ATROM token as a digital currency for transactions within its ecosystem.

This is a professional blockchain-based platform built on the Ethereum blockchain. Indorse works similarly like LinkedIn by allowing users to develop their profiles, create content, and get paid for contributions. The platform aims at giving users full ownership of data to increase their chances of profiting from their skills.

Indorse gives users’ rights to their content and receive compensation for contribution. The platform also encourages users to show off their skills so they can get impressive rewards.

In addition, users are rewarded with IND tokens, which can be traded or used to buy services, including company pages with validated connections.

The open source platform runs on the Steem blockchain. It is crated to allow publishers to get paid for their content, including posts, pictures, videos, and music.

One notable thing about the platform is that it creates Steemit currency units and automatically distributes them to users. Primarily the currency is given to writers and content curators who are active and engaging on the platform.

To pay users, the platform uses an upvote and downvote system. This means that the more upvotes one gets for their tokens, the more they get paid. Lastly, Steemit promised an astounding 6 million transactions per second, which is higher than the present TPS of Bitcoin and Ethereum.

Hive is a new blockchain that originated as a hard fork of the Steemit blockchain after TRON acquired Steemit. Hive is among the few completely independent platform built by a community of users. It was created to develop a decentralized social networking hub.

Notably, Hive’s Social media functionalities are very similar to those of Steemit. However, Hive’s code has an alteration that allows more improvements in the coming months.

Voice is an upcoming social media platform built on the EOS blockchain. Voice is concerned with creating a transparent platform for its users. It offers crypto rewards to content creators in form of Voice Tokens.

Despite being launched earlier this year, the platform has gained quite a following.

THE LATEST SOCIAL NETWORK THAT IS CHANGING THE GAME – ATROM NETWORK

The ATROMG8 ecosystem is a combination of multiple projects within one avenue. It has a variety of projects, including a digital messenger, transaction gateway service, and the International Digital Student Pass (IDSP).

The ATROMG8 ecosystem is led by a group of experts, including Herbert Sterchi, the former COO of Thomson Reuters, Jorge Sebastiao, CTO Ecosystem of an Asian Technology Giant.

Their platform has a feature of unique features that set it apart from other social platforms. These include:

Notably, ATROMG8 can provide this solution using the MixNet, which brings out the maximum security through various mechanisms and even incorporates the metadata into its protection mechanism.

The financial sector keeps changing as better innovations rise pup day by day. ATROMG8 has been dealing intensively with these developments and has partnered with experienced partners who to solve the problem.

it does not matter the transaction, whether paying bills or switching between different currencies, ATROMG8 provides everything under one secure environment.

The ongoing crises, the COVID 19 Pandemic has shown people the importance of ecosystems within societies. Notably, an ecosystem is only useful if it responds to community needs, such as friendship, training, the marketplace, job, travel, and many other tools.

ATROMG8 recognizes this and is now building the COMG8 ecosystem with the team. This ecosystem is set to go live on September 11, 2020. The platform hopes the ecosystem will help create a better environment for the entire human population.

WHY ATROM NETWORK IS DIFFERENT

ATROMG8 wishes to improve the current market offers in terms of how we communicate and exchange value to a whole new level. Atrom wants to create a secure environment that is conscientious to the data collection process without undermining technology’s progress. The platform is concerned with protecting families and their members. It is also worried about making sure that critical information and communication from companies and researchers around the world are well guarded.

Additionally, the entire network is aimed at supporting the lives of foreigners, exchanges, as well as national students and faculty in achieving their academic as well as financial goals.

Many in the social media community are not aware of how their privacy and even current practices infringe on their privacy. However, Atrom has come in to help shine a light on the need for privacy and how they can grow communication the different ecosystems in the society.