UNDERSTANDING THE COOP ECONOMIC MODEL AND THE GMD 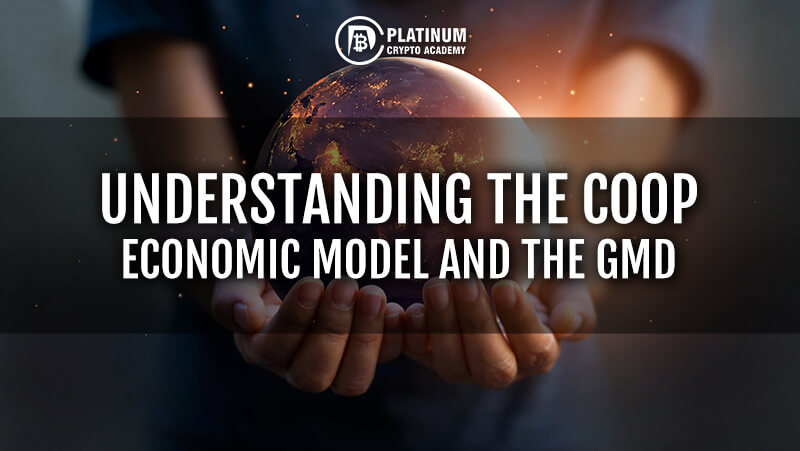 UNDERSTANDING THE COOP ECONOMIC MODEL AND THE GMD

Before we attempt to understand the GEOMA DAO COOP business model, we must understand the context and learn what challenges/problems validate the very need and purpose of the model.

WHY DO WE NEED AN ALTERNATIVE BUSINESS MODEL?

The technical landscape is rapidly evolving. Technology is presenting itself in new forms and providing us with some incredibly potent solutions. The unique problem with the growing technology has nothing to do with the technologies themselves. It is how we leverage, incorporate, distribute and eventually put them to practical uses. Simply put, the wider effective adoption of even the most promising technological advancements and their applications is rather sluggish. Not to mention that because technology and economics go hand in hand, they must be aligned. To make the human capital like intelligent, innovative ideas that lead to creating disruptive solutions efficiently and effectively work for global causes, it is quintessential that we have an equally efficient and effective model.

Over the past decade, with the advent of blockchain technology, we have seen multiple innovative developments and solutions that have sprung up to challenge the pre-existing and conventional business processes – especially in the fintech and supply chain management sectors. However, practical use cases of blockchain technology (which is built on the idea of creating decentralised business models) are not as visible due to conspicuous disharmony between the centralised models and radical blockchain-based protocols using the decentralised ledger technology (DLT). This is to say that the pre-existing business models are struggling to adapt and deliver, and that’s precisely why we need a novel approach and a better business model.

To address it, Coop Network has created and adopted the GEOMA DAO COOP business model, which is strategically researched, successfully tested, and is effectively implemented to provide a better, more robust and secure business model alternative.

WHAT IS THE GEOMA DAO COOP MODEL?

The GEOMA DAO COOP model is an “economic model” adopted by the Coop Network. It is a hybrid and innovative economic model that relies on the typical cooperative system (not to be confused with the socialist economic model), along with blockchain’s decentralised autonomous organisation (DAO) model.

The Coop economic model features an association of like-minded people who share common economic and financial goals, and they work towards achieving those by using a shared and jointly-owned and operated business as a vehicle. The model incorporates the principles and values of a cooperative. The GEOMA DAO COOP model has voluntary and open membership, democratic member control with each member having one vote, economic participation by members, autonomy and independence, education, training and information, cooperation among cooperatives, and concern for the community.

In the wake of the blockchain revolution and exploding Defi markets, it is poised to become a leading economic model in the 21st century.

HOW DOES THIS COOP NETWORK GEOMA DAO COOP MODEL WORK?

To understand how the GEOMA DAO COOP model works, please refer to the figure below:

As you see this model, notice the chain, how every stakeholder is connected and assigned a role within the Coop Network.

The members of the network vote to elect a governance council. All members are eligible to be elected to the governing council. They can announce their candidacy based on their skills. Also, to ensure the trust factor, the candidates are screened and verified by a third party. A key parameter would be that they don’t have any involvement, past or present, in illegal or criminal activities, and that they should have sound health.

Both members and the Governance Council are the core of the Coop economic model.

The different projects are managed by dedicated teams for separate projects. As all projects are strategically managed, Coop ensures the use of the latest and precise technology to create the most effective solutions.

The operations of the project are handled by staff workers who are not members of the Coop.

The GEOMA DAO COOP model uses an open accounting system that further ensures the highest levels of transparency. It is important to note that the benefitsharing is unlike typical corporations where dividends are credited – the GEOMA DAO COOP  model shares the profits amongst all the members proportionate to their contributions.

One of the advantages of the Coop economic model is that it can also access government funding. In the GEOMA DAO COOP  model, the Governance Council is tasked with securing such fundings. Investors can invest in bonds issued by the Coop network.

The Coop network is powered by two native crypto tokens. The first one is a Security Token. The security tokens are the tokens that all members must have to become a part of the network. These are non-fungible tokens. It means they cannot be duplicated or recreated. Each security token created will be unique, immutable and irreplaceable. The security token’s ticker symbol is COOP.

These Tokens are dividend beares.The holder will automatically receive dividends through the blockchain from the economic activities.They can only be sold to members of the Network and after the governance council has approved the buyer.However, they’ll only be able to do that after approval from the council through decentralised voting. Also, these tokens will not be listed on exchanges for common cryptocurrency-investing purposes and can be sold or bought by the members within the platform. Members can also purchase these tokens as certificates. The GEOMA DAO COOP model ensures that the price of the COOP tokens increase in perpetuity as long as the value of the network’s businesses continues to grow.

The other token that forms the backbone of the GEOMA DAO COOP model is the GMD tokens. Unlike the COOP tokens, these are utility tokens that are tradable digital assets that are used to “finance the network by providing its buyers with a guarantee of being able to consume some of the network’s products”. The GMD tokens have multiple uses, including GAS payments, for governance on the platform, and also for securing the blockchain.

Conventionally, cryptocurrencies apply the proof of work (PoW) consensus mechanism to add new blocks to the chain and secure the network; typical examples are Bitcoin and Ethereum. In a Proof of Work (PoW) blockchain, blocks are added by miner nodes. To process a transaction or add a block, the miner nodes have to solve complex cryptographic equations to add a new block to the chain, following which any transaction on the network is added to the decentralised ledger. Once a transaction is initiated on the network, miner nodes spread across the globe compete to solve the equation. The one who does it first receives a reward, which is often a certain percentage/part of the token native to the blockchain. It is a continual process and has evolved into a big industry. Many different companies are dedicated to mining Bitcoin.

However, the PoW consensus mechanism has multiple issues:

The PoW consensus mechanism has been a spoiler. Ethereum, the biggest altcoin and smart contract provider, is struggling with scalability issues and is already in the process of actively deploying other advanced protocols to secure its blockchain. However, it has been extremely challenging and Ethereum is yet to solve its high gas and congestion issues. As the world is battling climate change, any cryptocurrency or digital asset must have a negligible carbon footprint – which at this point seems impossible with PoW blockchains.

WHICH SECURITY MODEL DOES THE COOP NETWORK USE TO MAXIMISE ITS BENEFITS?

The Coop Network uses a more advanced protocol. The Coop Network’s tokens’ underlying technical process to secure the network and add a block onto the chain uses the Proof of Stake (PoS) consensus mechanism. Unlike the proof of work (PoW) consensus, where miners compete to solve complex cryptographic equations, on PoS blockchains, token owners stake their tokens to validate a transaction on the network. Those staking the tokens to secure the network are called validators. The process is called “Staking”. In return, the validators get a reward for securing the PoS blockchain. Like mining, staking is also one of the most profitable ways to generate passive income from parked crypto assets.

Proof of stake is a rather advanced method to secure a blockchain. It has multiple advantages:

Moreover, to ensure the safety of the ingenious network, 13% of the total token supply has been permanently blocked by the Coop Network’s governance council. It works as an additional layer of security. One of the key factors to the successful operation of any blockchain network is to ensure that no single node owns more than 50% of the tokens. Once a particular node starts accumulating more and more tokens, it can be detrimental to the security of the network. Practically, it is highly unlikely, because of the way the entire ecosystem is architectured, but it’s not an impossibility. The Coop Network is taking no chances and has deployed Multi-Sign wallets. No tokens can be “moved without the approval of at least other 4 wallets and after a voting process, performed by all members”. Moreover, the wallets storing 13% of locked tokens are available for public monitoring and scrutiny.

Additionally, to secure the blockchain, the Coop Network prevents account holders from moving their stake from one account to another. This limits the possibility of malicious intent to manipulate the network. The protocol ensures tokens are stationary within an account for 1,440 blocks before they can contribute to the block generation process.

Furthermore, to prevent any breach of security, which is possible if an attacker starts adding random blocks, “peers allow chain re-organisation of no more than 720 blocks behind the current block height. Any block submitted at a height lower than this threshold is rejected.”

The Coop economic model can be a gamechanger for both private and institutional players who want to better their cryptocurrency-investing prospects. The most who could benefit are the absolute newbies who don’t have to worry about the typical pretentious problems of the Defi world. With the Coop Network economic model, members enjoy absolute protection along with seamless access to the most profitable investment opportunities that are mentored and managed by experts who are once again positioned by the community itself.

Another important aspect of the Coop Network is that it just expands the horizons. It knocks all different doors behind which there’s a possible opportunity. It talks of systemic and wholesale modification – not just peripheral changes. The potential is unlimited and we won’t be exaggerating even a bit if we say that the Coop Network is a gem, a market leader in the making.