Are You Buying This BTC DIP – Crypto Market Analysis 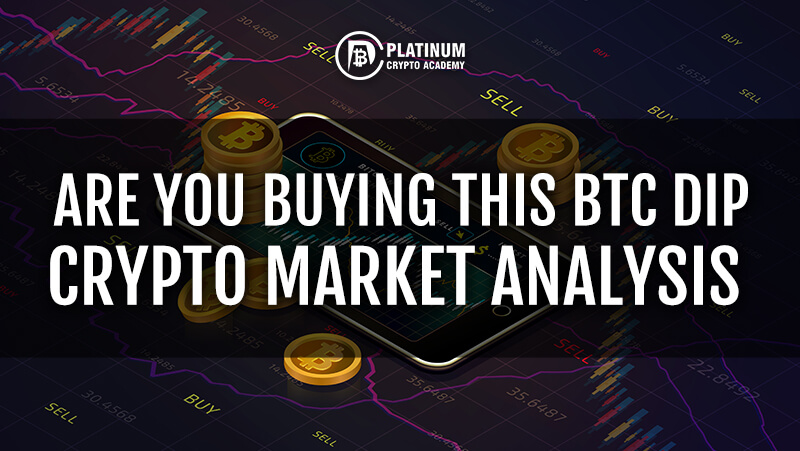 Are You Buying This BTC DIP – Crypto Market Analysis

The total crypto market capitalization climbed above $300 billion on February 12 for the first time since August 2019. As Bitcoin stayed above the psychologically critical level of $10,000, new targets for Bitcoin flew thick and fast.

Fundstrat Global Advisors co-founder, Tom Lee, said that he expects Bitcoin to reach 40,000 before the Dow Jones index, which at that time was about 29,280. That was followed by the serial venture capitalist Mike Novogratz projecting Bitcoin to reach or at least retest the old highs in 2020. He said that Bitcoin was the “best new brand of the past eleven years” and had “found its own lane” as a unique store of value. Novogratz underlined Bitcoin’s property as a hedge against the current easy monetary policy.

Both the forecasts were topped by celebrated TV host Max Keiser who raised his price target on Bitcoin from $100,000 to $400,000. He believes that the traders can buy Bitcoin even at $10,000 and make 40x money.

While we are also positive on Bitcoin, we believe that the bulls will face stiff resistance between the current levels and $20,000. We do not see Bitcoin making a new high without large scale participation from the institutional players, which is yet to take off. Therefore, we suggest traders take it one step at a time and not get carried away by these lofty targets.

How should the traders position themselves in the current pullback? Let’s analyse the charts to spot the critical levels to watch out for.

The bulls could not push the price above the overhead resistance at $10,540.49. This resulted in profit booking by the short-term traders, which has dragged the price to the breakout level of $9,600.

Conversely, if the bears sink the price below $9,600, the cryptocurrency can drop to $9,000. If this support cracks, the trend will turn in favour of the bears. Traders should avoid long positions if the price sustains below $9,000.

Contrary to our assumption, Ether did not retest the breakout level of $200. The momentum was so strong that it easily carried the price above the overhead resistance at $239.45 and hit the target objective of $283.75 on February 14.

At times, the breakouts that are strong don’t look back and give an opportunity to buy, as was the case in Ether.

The sharp rally of the past few days had pushed the RSI into deeply overbought levels. This resulted in profit booking on February 15 that dragged the price back to the previous resistance turned support of $239.

Currently, the price has bounced off $239 on February 16 and 17, which is a positive sign. If the bulls can push the price above $290, the uptrend will resume. The next level to watch on the upside is $318.60. Our bullish view will be invalidated if the price turns down and breaks below $239.45.

Currently, the bulls are attempting to defend the support at the 20-day EMA. If the altcoin bounces off this support, the bulls will once again try to push the price above the overhead resistance zone of $0.31533 to $0.34639.

If successful, the uptrend will resume. The next level to watch on the upside is $0.45466, which is the pattern target of the rounding bottom pattern. Our bullish view will be invalidated if XRP drops below $0.26.

The bulls carried Bitcoin Cash to $497.53 on February 14, which was just below the target objective of $500. The rally had pushed the RSI deep into the overbought territory, which attracted profit booking.

Currently, the bulls are aggressively defending the support at $361.67. If they can push the price above the 20-day EMA, the altcoin can move up to $500 once again. The 20-day EMA has flattened out and the RSI has dropped to the midpoint, which suggests a few days of range-bound action.

The uptrend will resume on a break above $500 while the bears will have the upper hand if the price dips below the 50-day SMA. As the range is large, it can be traded by buying at the support and selling at the resistance.

Bitcoin SV turned down from $382.47 on February 13 and broke below the support at $337.80 on February 15. This led to the liquidation of long positions by the aggressive bulls who had purchased on a break above $337.80 expecting the altcoin to hit a new high once again.

However, on the downside, the altcoin found support close to the 50-day SMA. Currently, the bulls have pushed the price back above the 20-day EMA. If the price rises above $337.80, the bulls will once again attempt to resume the up move. A break above $382.47 will be the first indication that bulls have the upper hand.