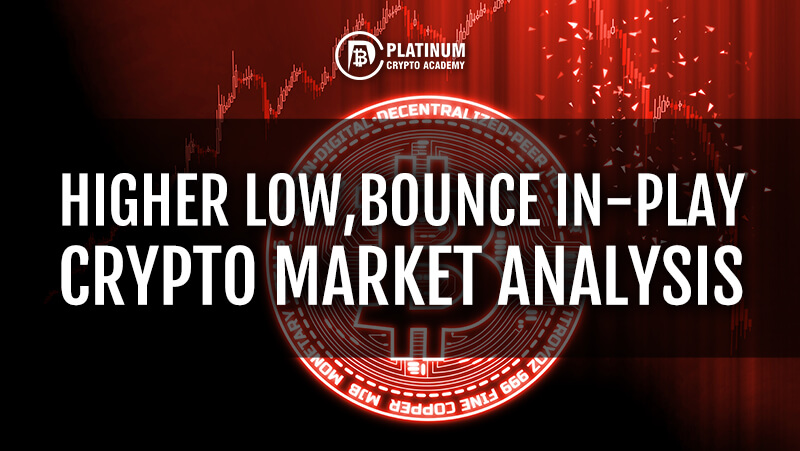 The coronavirus cases are spreading all over the world and this has caused panic among investors. If the virus is not contained quickly, it is likely to be a huge drag on global growth.

Therefore, equity markets and the energy markets plunged last week. The safe haven assets of gold and Bitcoin were also sold aggressively to cover the losses in the equity markets.

During the week, the SEC once again rejected a Bitcoin ETF proposal launched by New York-based asset management firm Wilshire Phoenix. The commission felt that their concerns regarding possible market manipulation in Bitcoin and protecting investors interests have not been suitably addressed.

While these news and events are a hurdle in the short-term, the markets will focus on the halving due in May of this year to boost prices. PlanB, the creator of the closely followed stock-to-flow Bitcoin price forecasting model, said that Bitcoin’s price action is tracking the model. According to the model, Bitcoin is likely to stay at an average price of about $8,650 till its halving, post which the price will pick up momentum.

However, Bitcoin options data suggests a low probability of 11% for the price to rise above $13,880 by the end of June. For the end of September, the possibility of a move above $14,000 rises to 16%, which is still low. This shows that at current levels, investor sentiment is not very positive for a large move after halving.

Bitcoin broke below the descending channel on Feb. 26 and the 200-day SMA on Feb. 28. However, the bears could not capitalize on this breakdown and drag prices lower. This shows a lack of sellers at lower levels.

The bulls have again pushed the price back above the 200-day SMA, which is a positive sign. We anticipate the bulls to face stiff resistance at the 20-day EMA, which is sloping down.

If the price turns down from the 20-day EMA, the bears will make another attempt to sink Bitcoin below the recent low at $8,400. If this level cracks, the next stop is likely to be $7,870.10.

XRP plummeted below the 200-day SMA on February 26, which is a negative sign. Though the bulls are attempting to arrest the decline close to $0.22, they have not been able to achieve a meaningful rebound. This shows a lack of demand at higher levels.

If the bulls fail to carry the price above the 200-day EMA within the next few days, the bears will make another attempt to resume the down move. A break below $0.22 can sink the price to $0.20 and below it to the recent low at $0.176.

The 20-day EMA is sloping down and the RSI is in the negative territory, which suggests that bears are in command.

However, if the demand can drive prices above the 200-day SMA, a move to $0.28578 is likely. Above this level, the up move can reach $0.31533. As XRP has been one of the weakest major cryptocurrencies, we suggest traders wait for the price to sustain above the 200-day SMA for three days before turning positive.

Bitcoin Cash broke below the support of $361.67 on February 25 and dipped close to the next support at $269.69. As expected, the bulls are defending this support. The relief rally is likely to reach $361.67, which will now act as a stiff resistance.

The 20-day EMA is sloping down and the RSI is in the negative zone, which suggests that bears are in command. If the price turns down from $361.67, the bears will try to sink it below $269.69. If successful, it will complete a head and shoulders pattern, which will be a huge negative.

Bitcoin SV broke below the critical support of $236 on February 26 but the bears could not capitalize on the breakdown and sink the price to the next support at $173.66. This shows a lack of sellers at lower levels.

The bulls defended the psychological support at $200 and launched a relief rally, which is currently facing resistance at the 20-day EMA. If the bulls can keep the price above $236, we expect the altcoin to move up to $301.43 and above it to $337.80.