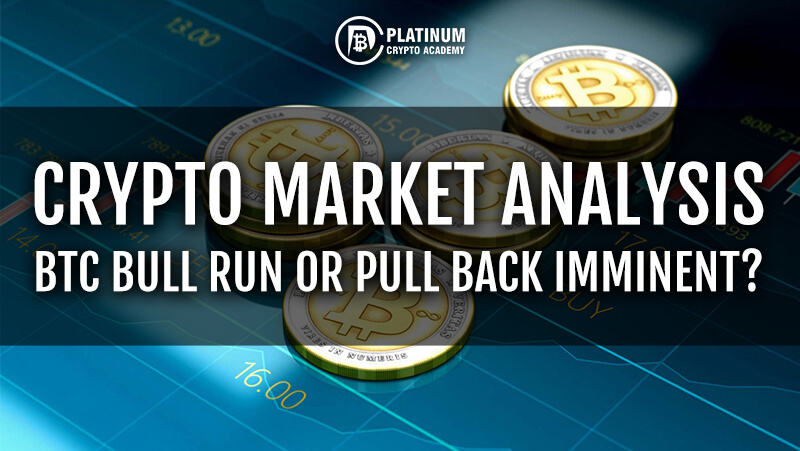 The investors are dumping risky assets on worries that coronavirus will take a toll on the world economy. Both global stocks and crude oil have plunged sharply from their recent highs. Though cryptocurrencies also fell initially, they have since then bucked the trend and joined the safe haven assets higher.

The recently completed annual World Economic Forum (WEF) in Davos was positive for cryptocurrencies. During a panel discussion at the WEF, the policymakers and regulators accepted that Facebook’s Libra has forced them to reconsider the status of the dollar as an anchor currency.

After the initial sell-off in Bitcoin and other cryptocurrencies due to the coronavirus scare, the crypto markets have stabilized and are rising once again. The total market capitalization of the crypto universe has risen from a low of about $227 billion on Jan. 24 to over $243 billion. This shows that traders are buying cryptocurrencies.

Billionaire investor Tim Draper said in an interview with Fox Business that millennials should invest in Bitcoin as the traditional banking system is outdated. He said: “Start building your empire in the new model that doesn’t require that you have to pay 2.5 to 4 percent every time you swipe your credit card to some bank or another and doesn’t require all the heavy, heavy regulations we have that are all tied to the dollar. I think if you really want it to work, I think you go bitcoin or crypto[currency].”

Most major cryptocurrencies are attempting to start an uptrend. Let’s study the charts to determine the critical levels to watch for.

Profit booking at this level by short-term traders dragged the price back towards the 20-day EMA. However, the bulls defended the 20-day EMA aggressively, which shows that the sentiment has changed from sell on rallies to buy on dips.

The price has risen sharply in the past three days, which shows that Bitcoin is picking up momentum. There is a minor resistance at $9,194.99, above which the rally can extend to $10,540.49.

Our bullish view will be invalidated if the bulls fail to scale and sustain above $9,194.99. In such a case, the price might enter a range for a few days. The trend will weaken if the bears sink the price below the 50-day SMA.

Ether broke above the downtrend line and the overhead resistance at $157.73 on January 14, which confirmed a change in trend. After reaching a high of $179.32 on January 18, the altcoin completed a successful retest of the breakout level at $157.73, which is a positive sign.

The bulls are currently attempting to resume the up move. There is a minor resistance at $179.32, above which, the rally can reach $200. We anticipate a stiff resistance at this level. However, if the momentum is strong enough to push the price above this level, the next target to watch out for is $239.45.

On the other hand, if the price turns down from $179.32, the altcoin might remain range-bound for a few days. It will turn negative on a break below the critical support at $157.73.

XRP completed an inverted head and shoulders pattern when the price broke above the neckline of the bullish setup on January 14. The minimum target objective of this pattern is $0.282.

However, the price turned down from $0.25457 on January 18 and broke below the neckline. While this is negative, the bears could not capitalize on the breakdown as the price bounced off the critical support at $0.21262.

Bitcoin Cash has been volatile in the past few days. It surged on January 14 and reached the overhead resistance at $361.67. Though the bulls pushed the price above this level on January 17 and 18, they could not sustain the higher levels.

This attracted profit booking that dragged the price down to the 20-day EMA. The bulls used the dips to the 20-day EMA to buy, which is a positive sign. It shows that the sentiment has turned bullish.

Our bullish view will be invalidated if the bulls fail to sustain the price above $361.67. In such a case, the price might again dip to the 20-day EMA. The altcoin will weaken below the recent low of $296.69.

Bitcoin SV has been the star performer of the past few days. On January 14, it surged by 144.40% to hit a new lifetime high of $458.74. Such vertical moves are rarely sustainable. When everyone has purchased and bought the story, the price usually reverses.

For the past few days, the altcoin is stuck between $236 and $337.8. This consolidation is a positive move. Longer the consolidation, stronger will be the eventual breakout from it.

If the bulls can push the price above $337.8, a retest of the lifetime highs is possible. There is a minor resistance at $400 but we expect it to be crossed. The altcoin will turn negative if the bears sink the price below $236.