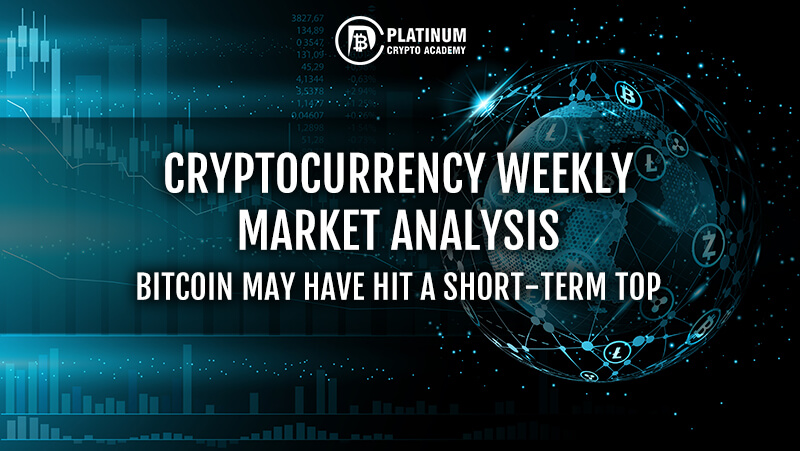 Enter Amount
Base Currency
Convert To

Today’s Cryptocurrency technical analysis highlights Bitcoin’s 2017 bull market was driven by retail investors while the current bull market can largely be attributed to institutional investors. Crypto fund manager Grayscale’s assets under management surged from about $2 billion to $20 billion in 2020.

Similarly, Bitwise Asset Management also witnessed strong inflows in the last two months of 2020 as its AUM rose from $100 million on October 28 to $500 million by the end of the year.

According to the fund manager, the demand was mainly from financial advisers, hedge funds, corporations, and other institutional investors.

Along with the institutional investors, a bull run also attracts momentum traders, speculators, and day traders who attempt to ride the rally.

Changpeng Zhao, the chief executive of Binance, said that the volatile moves on January 4 led to a record volume of $80 billion in 24-hour trade activity. This is on Binance alone, other major crypto exchanges are also likely to have witnessed similar activity.

Several analysts believe the bull run will continue in 2021 and Bitcoin may reach $100,000 and higher. While anything is possible in the crypto markets, the sharp rally of the past few days brings back memories of the previous bull market, which ended in a sharp downturn.

Therefore, traders should not get carried away by greed because if the markets turn down, most institutional investors are unlikely to HODL their positions and may rush to the exit. If that happens, Bitcoin could quickly give back a large part of the gains accrued over the past few days.

Let’s study the charts of the top-5 cryptocurrencies and spot the critical levels to watch out for.

Cryptocurrency technical analysis highlights Ether had been in an uptrend for the past few days but it picked up momentum on January 2, rallying from an intraday low at £525.78 to an intraday high at £856.69 on January 4, a 62.93% rally in three days.

This up-move has pushed the RSI deep into the overbought territory, suggesting traders are throwing caution out of the window and buying due to FOMO.

Although the ETH/GBP pair also witnessed profit booking on January 4, the bulls aggressively bought the dip to £640 and managed a close in the black by the end of the day.

The pair will signal a change in trend if the bears can sink the price below the 20-day EMA. Such a move will suggest that a short-term top has been made.

While most major altcoins are in an uptrend, our Cryptocurrency technical analysis of XRP is in a strong downtrend due to the SEC lawsuit against its parent company Ripple.

After the sharp slide of the past few days, the bulls are currently attempting to form a basing pattern. However, the lack of a strong rebound off the recent lows indicates that traders are in no urgency to buy the altcoin.

The XRP/GBP pair may remain stuck between £0.1243 and £0.20 for a few days as traders closely track the developments in the case.

If the consolidation resolves to the downside and the bears sink the price below £0.1243, the pair could drop to £0.10 and lower. On the upside, a breakout above the 20-day EMA will be the first sign that the selling has exhausted.

When reviewing our Cryptocurrency technical analysis of Bitcoin Cash it highlights the BCH had been stuck in the bottom half of the £160–£400 range for the past many months.

The bulls pushed the price above the £275 overhead resistance on January 3, which opened the gates for a rally to the top of the large range at £380–£400.

However, as with other major cryptocurrencies, the BCH/GBP pair also witnessed aggressive selling at higher levels on January 4. The bears dragged the price down to the breakout level at £275 but the bulls purchased this dip aggressively, which is a positive sign.

A break below this support will suggest that the current breakout was a bull trap. That could keep the pair range-bound for a few more days.

Litecoin has been in a strong uptrend but its rise has been gradual without the frantic buying seen in the top two cryptocurrencies by market capitalisation.

The altcoin witnessed profit booking on January 4 that dragged the price down from the intraday high at £128 to a low at £102.02. However, the long upper and lower shadow on the day’s candlestick suggests selling at higher levels and buying at lower levels.

After the large range of the past two days, the LTC/GBP pair may enter a minor consolidation as the bulls and the bears battle it out to establish their supremacy.

If the bulls can drive the price above £128, the pair could rally to £140 and then to £150. The bears are again likely to mount a stiff resistance in this zone.

On the other hand, if the bears sink the price below £102.02, the pair could drop to the 20-day EMA, which is likely to act as a strong support. A break below the 20-day EMA and the £90 support will suggest that the uptrend has ended.