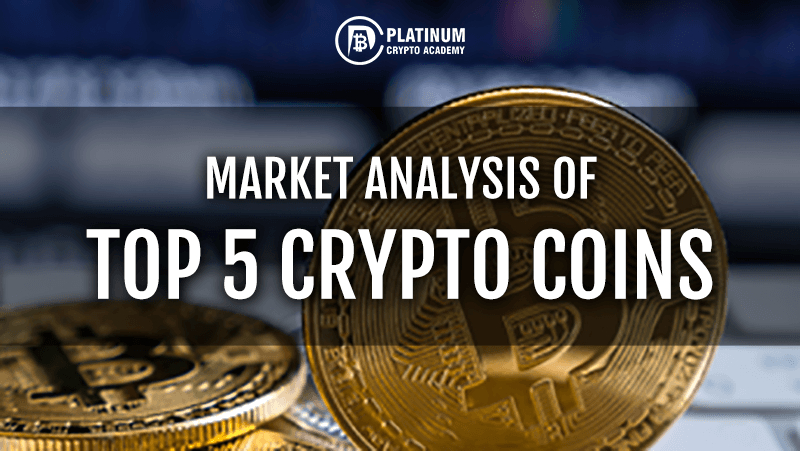 The cryptocurrency markets have turned around sharply in the past seven days. Thought some profit booking, after a sharp rally from the lows, was to be expected, the extent of fall, especially in altcoins has been surprising.

The sentiment turned sour as Donald Trump, the US presiden

LEARN HOW TO TRADE CRYPTOCURRENCIES WITH A MASTER CRYPTO TRADER!

The sentiment turned sour as Donald Trump, the US president tweeted that he was not fond of cryptocurrencies as a whole and named Bitcoin and Libra specifically.

Along with him, Fed Chairman Jerome Powell also voiced his opposition to Bitcoin when he said that it had not seen widespread adoption and it was being used mainly as “a speculative store of value like gold.” The European Central Bank said that Bitcoin was not a currency but an asset, which is very volatile. Hence, it did not have any plans of adding Bitcoin to its reserves.

Facebook’s Libra has also been facing opposition from various quarters. US treasury secretary Steven Mnuchin said that he was “not comfortable” about Libra as it might be used for illicit activities. Billionaire entrepreneur Mark Cuban also spoke against Libra and said that he was “not a big fan of what they are doing.”

However, Bank of England governor Mark Carney acknowledged that Libra was attempting to tackle many drawbacks in the current payment system. We believe that the current fall is a good buying opportunity. Let’s see if any of the top five major cryptocurrencies are showing signs of bottoming out.

LEARN HOW TO TRADE CRYPTOCURRENCIES WITH A CRYPTO TRADER!

Bitcoin reversed direction from $13,202.63 on July 10 and plunged to a low of $9,857.27 on July 15. Vertical rallies can turn around quickly, hence, we had suggested traders protect 75% of their paper profits using stop loss in our previous analysis.

The bulls have defended the 50-day SMA on July 15 but the recovery is likely to face resistance at 20-day EMA. If this level is crossed, the rally can reach the resistance line. The 20-day EMA is flattening out and the RSI is close to 50, which points to a consolidation for the next few days.

Our view will be invalidated if the bears sink the price below the critical support of $9,651. If this level breaks down, the digital currency can slide to $8,611 and below it to $7,450. On the upside, a breakout of $14,000 will indicate resumption of the uptrend but we give it a low probability of occurring in the short-term. We shall wait for the boundaries of the range to be defined before recommending any long position in it.

The bulls failed to push the price above the overhead resistance of $322.16 on July 09. That attracted selling, which dragged the cryptocurrency below 50-day SMA. The moving averages are on the verge of a bearish crossover and the RSI is close to oversold zone. This shows that bears have the upper hand.

The bulls are currently attempting to defend the support at $222.78. If successful, the price can move up to 20-day EMA, which is likely to act as a stiff resistance.

Conversely, if bulls fail to sustain the price above $222.78, the digital currency can drop to $175. As the sentiment has turned negative and buyers are not able to hold on to support levels, we suggest traders remain on the sidelines. Long positions can be attempted on confirmation of a bottom formation.

In a bearish market, the weaker cryptocurrencies underperform and fall sharply. That is what happened to XRP. It turned around from the 20-day EMA on July 09 and broke below $0.37-$0.35 support zone with ease. Both the moving averages are sloping down and the RSI is close to oversold zone, which suggests that bears have the upper hand.

The bulls are currently attempting to defend the critical support of $0.28524. However, the rebound lacks conviction. If the price plummets below the support, it can slide to the yearly low of $0.24653. A breakdown to new yearly lows will be very negative for the digital currency.

On the upside, any pullback will face resistance at 20-day EMA. If bulls succeed in scaling above 20-day EMA, we can expect the cryptocurrency to remain range bound between $0.28524 and $0.46669. We shall wait for the price to stop falling and confirm a bottom before suggesting a trade in it.

Litecoin broke below the critical support of $109.09 on July 10. Even the support at $94.39 broke down on July 14. The moving averages have completed a bearish crossover and the RSI is in oversold zone. This suggests that trend has changed and the bears are in command.

There is minor support at $83. If this support cracks, the digital currency can slide to the next support of $64.86.

Contrary to our assumption, if the digital currency bounces off $83, it can reach the 20-day EMA, which will act as a stiff resistance. A breakout of the 20-day EMA will be a positive sign. We suggest traders wait for buyers to assert their supremacy before initiating long positions.

Our buy proposed in the previous analysis did not trigger as Bitcoin Cash did not close (UTC time) above $430. It turned down on July 10 and broke below the support line of the ascending channel. The moving averages have completed a bearish crossover and the RSI is close to oversold zone. This suggests that bears are in command and the trend has changed from up to down.

Currently, the bulls are attempting to pullback from close to $250. Any recovery will face stiff resistance at the 20-day EMA. As the trend is down, we suggest traders avoid buying until a bottom is in place and the price shows signs of starting a new uptrend.

LEARN HOW TO TRADE CRYPTOCURRENCIES WITH CRYPTO TRADER!

If you’ve booked your session above, we look forward to speaking to you soon!