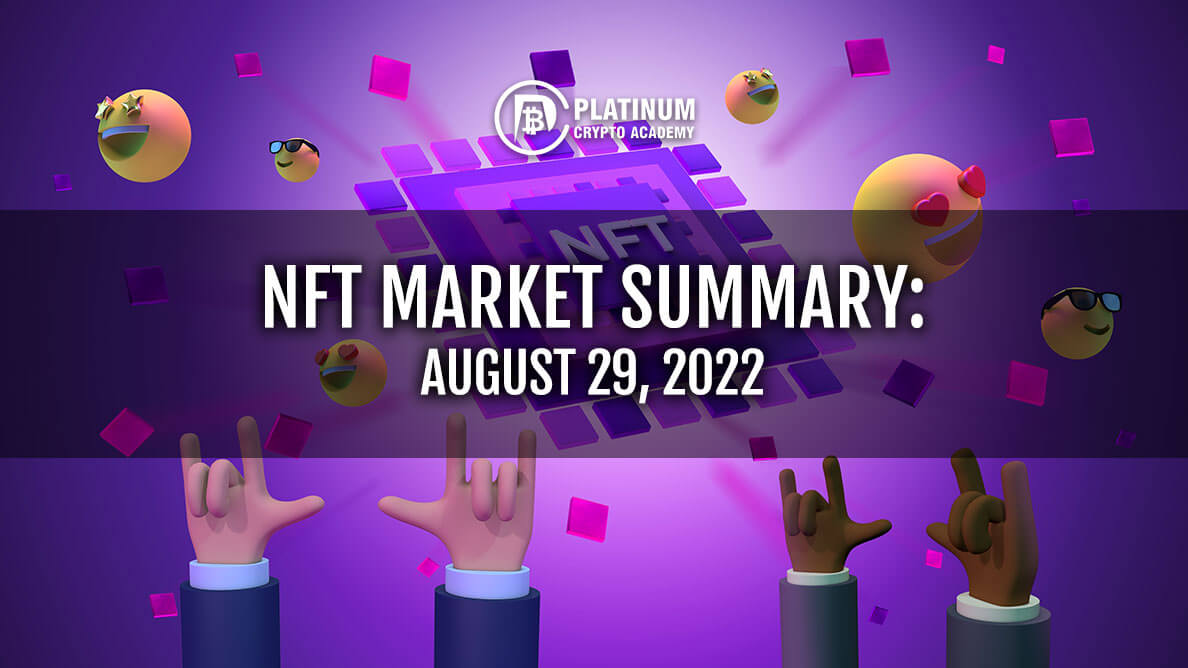 Notwithstanding the short-term turbulence in the prices of crypto and NFT in the markets, the adoption of NFT among the mainstream continues unabated and new and innovative ways are being thought about and launched every day. Apart from the financial incentives, the key aim remains adoption of these digital assets in the mainstream.

Some of the leading fashion and consumer brands are already making millions of dollars from sale of their respective NFT and many existing social media platforms are exploring new ways to tap into this burgeoning segment and integrate NFT into their core operation.

While Uniswap is in talks with several NFT platforms to launch NFT financialization, short-video making mobile application has launched its very first video NFT marketplace that will enable creators to mint their video as NFT and sell them on the marketplace.

Then, we have PlayNFT launching a new marketplace for Twitch streamers and YouTube creators to launch their branded NFT with in-game utilities for their communities. These are some of the many initiatives and innovations that are happening in the NFT space and is testimony to the fact that the people behind them are not bothered about the short-term fluctuations in the prices of crypto and NFT assets. Read on to find out more.

Uniswap in talks with NFT lending platforms for NFT financialization

Leading Decentralized Finance (DeFi) platform, Uniswap is currently in talks with several NFT lending platforms to launch NFT financialization. A tweet from the company’s NFT product head said the company was interested in handling the liquidity issues and the ‘information asymmetry’ surrounding NFT.

Over the past few months, Uniswap took several strategic steps to add NFT activity into its service offerings. It already holds a solid position in the DeFi space and ranks as one of the world’s largest decentralized exchanges (DEX), in charge of around US $6 billion in assets locked within its liquidity pools.

Incidentally, this is not the first time that the company was exploring its entry into the world of NFT. In 2019, it launched Unisocks, the first NFT liquidity pool. However, the current effort towards NFT by the company assumes more significance because it is coming when these digital assets are gaining more popularity and utility by the day in the DeFi sector.

Moreover, buyers holding these NFT are likely to get 10% of the daily income in GARI, the platform’s native token, that is earned by the creator for the engagement they receive on their videos on the Chingari app.

The GARI token enables short-video creators to monetize their content on the blockchain and the community has almost 1.1 million GARI holders in a record time of just six months from its launch. It is now one of the top two projects on the Solana blockchain in terms of the number of holders.

According to the company, Creators Cut is intended to not only give creators possibilities for financial gain and community involvement, but also to allow the community to connect with their favorite creators by owning a piece of their original artwork and earning money from it.

A unique price has been assigned to every video depending on the activity of the creator on the Chingari app. The platform has over 130 million users across the world, who watches videos in more than 15 languages with over 5 million daily active users.

NFT platform PlayNFT is launching a new marketplace to allow Twitch streamers and YouTube creators roll out branded NFT with in-game utility intended for their communities. The development, backed by more than US $300,000 in grants from a number of crypto industry players, could provide the platform with access to the rising pool of online creators, including Twitch’s 9.2 million streamers and 51 million content creators of YouTube, it said in a statement. It also said support for TikTok creators would be added in the third quarter of the current year.

The cross-chain platform aims to integrate an array of blockchains including Ethereum, Polygon and Solana, to name a few, and enable the supply of NFT to be minted and shared across many chains. According to the statement, more than 260 streamers have already signed up to use PlayNFT. Each creator will be provided with their own storefront where their communities will be enabled to buy branded NFT, the PlayNFT statement added.

Reddit airdrops free NFT to its most loyal users

The social media and community application Reddit has airdropped free Polygon blockchain-based NFT to its most loyal users. The platform launched the “Collectible Avatar” in July and also sell them to those who do not quality for the airdrop.

There are four different styles of Collectible Avatars for qualified users to choose from. The criteria for qualification for the airdrop is hitting a minimum amount of Karma, which is a reflection of how much one’s contribution means to the community. The users can earn Karma in multiple ways such as posting, commenting and giving or receiving awards.

The users have already been notified if they have qualified for the Reddit airdrop but the amount of Karma required could not be independently confirmed. The Polygon-based NFT are currently on popular NFT marketplace OpenSea.

Polygon has zero gas fees for the creation of NFT but with similar utilities to minting on Ethereum. Not surprisingly, they work perfectly for the airdrop of lot of NFT and giveaways. Besides, projects which expect large amounts of small transactions to happen with their NFT, will often turn to Polygon for their needs.

As per the deal, around 4,000 boxes of M&M’s candies will depict avatars by KINGSHIP as NFT-printed and the boxes will be printed into two-tiers, depending on their rarity. The regular tier comes in 3,900 brown celebratory gift boxes, while the 100 “Gold” edition boxes are wrapped in gold and white foil, and have the KINGSHIP member’s Apes printed on the M&M’s. KINGSHIP consists of three Bored Ape NFT and one Mutant Ape NFT.

Country music superstar Brian Kelly of the Florida Georgia Line has tapped into the world of NFT with a country music-themed project called The Chill Cowboy Country Club. The debut NFT drop comes with plenty of utility, which include access to Bryan Kelley and his wife Brittney Kelley’s country festival, Chill Fest. The couple’s main goal was to connect country music enthusiasts in the Web 3.0 era.

The two-day event will host wine and food tastings, jewelry crafting, shooting, Ted Talks and much more. The founding team will reveal the date and venue of the event at least 180 days in advance and each Chill Cowboy NFT holder will receive their digital tickets as NFT ahead of the event.

The Chill Cowboy Country Club (CCCC) is a avatar-style collection of 6,000 NFT conceptualized by Bryan and Brittney. The cowboy-themed digital collectibles feature over 260 traits living on the Ethereum blockchain.

Each of the NFT comes with full IP commercial rights, which means the holders of these NFT can us the avatar in whichever way they want to. The holders will also benefit from exclusive merch, behind-the-scenes content and discounts from all brand partners.

The CCCC digital collectibles come in three tiers with different perks. The first one is the General Admission, where all of the perks listed above will be included, in addition to access to virtual country concerts and private chat.

The second tier is the VIP tier where holders will get all the perks of the General Admission plus access to VIP discounts, extra discounts as well as more surprises to come. The third and the final tier is called the Legendary, where all of the VIP perks and special giveaways are included along with a Legendary Chill Fest Experience.

As all of the NFT are distributed randomly among minters, so the price per NFT is US $500 regardless of the tier. The holders will be able to check the tier of their NFT at the buckle in the corner of each digital artwork.

As discussed above, more and more real-life use cases for NFT are being explored almost on a daily basis. The encouraging aspect within this is the fact that there are adequate funds available too to back these innovations. For instance, the planned PlayNFT marketplace is backed some of the marquee investors in the space.

Then, we have a leading global confectionary giant Mars launching special-edition packs featuring content from popular NFT collection BAYC. These are signs of NFT getting into the mainstream much sooner than we had imagined. All in all, positive signals for the future of NFT. Hope you enjoyed reading it. Thanks.