The Most Expensive Phantabear NFTs Ever Sold 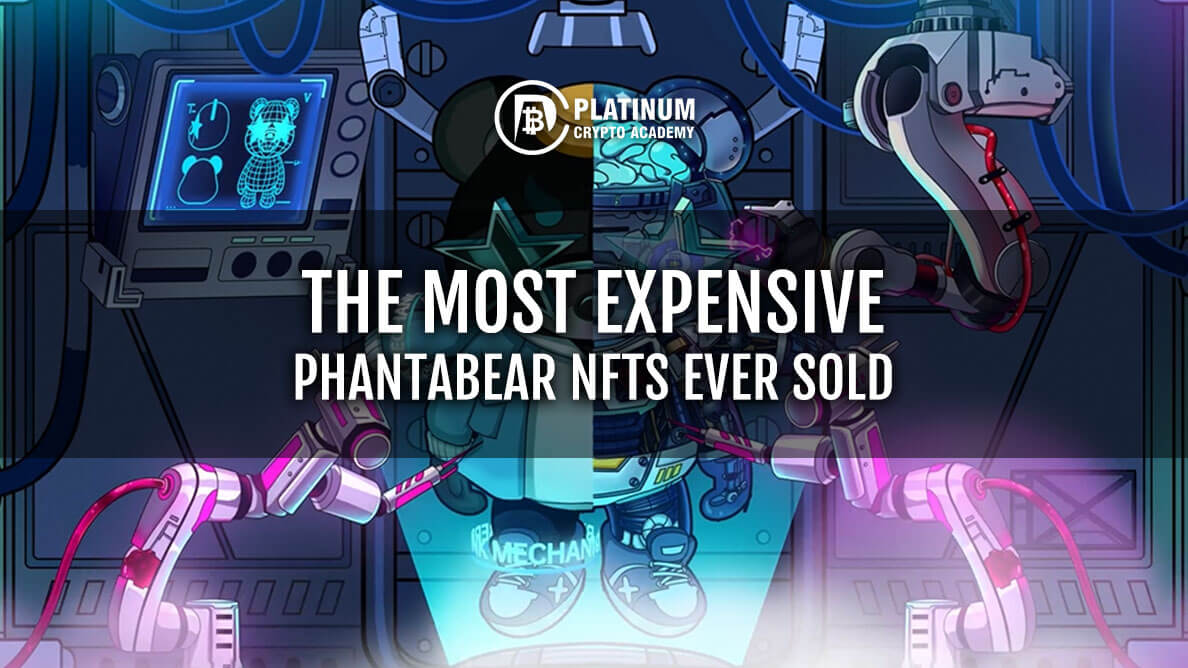 The Most Expensive Phantabear NFTs Ever Sold

The burgeoning market of non-fungible tokens or NFTs is attracting new stakeholders every day – from artists to billionaire investors – more so, because of the surging prices of some of the popular NFTs that have helped churned out new millionaires.

What is different and new is that the significant price surges of some of the NFTs are happening within days and weeks of their public launches instead of months and years earlier. One such NFT project is the Phanta Bear NFT project that is not even a month old but prices of some of their 10,000 NFTs have already zoomed several times from their floor prices.

The Phantabear project was jointly launched by Jay Chou’s PHANTACi and Ezek. It is a collection of 10,000 algorithmically generated digital collectibles that double up as membership to the Ezek Club. Each Phantabear has a unique set of traits and unlocks varying levels of access and perks for the owners.

The collection was launched not even a month ago, on January 01, 2022, to be precise, and has already become a sensation in the NFT world. It was almost instantly sold out at the floor price of 2.15 Ethereum and, subsequently, the collection saw some really expensive trades over the following weeks. 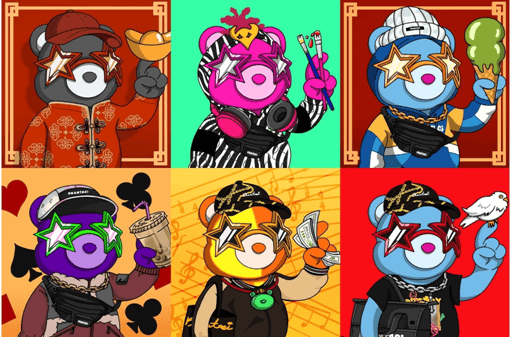 In fact, to celebrate the success, the developers of the project released a special video on the Nasdaq billboard in New York’s Times Square on January 18, 2002, which also coincided with the birthday of Jay Chou. Such is the craze that some users on social media are already calling Phanta Bear as the next Tesla in the metaverse. Time will prove if they were too early to assign the metaphor.

The developers also plan to take 1% out of the 7.5% royalties they get from secondary sales and give back to the community.

Here are the 10 most expensive Phanta Bear NFTs sold so far.

The highest priced Phantabear so far is Phanta Bear #9999, which was sold for 148 Ethereum on January 11, 2022. The person who bought it also has some other magnificent NFTs in his collection. The Phanta Bear #9999 has attributes such as a helmet, racing suit, natural skin and deep blue glasses.

This bear has money in his hands and flaunting his value. It also has several traits such as a red background, Navy glasses, white skin on its hands, logo necklace, high voltage work MA1 attire, and Tomorrowland Bonnie hat.

Bearing resemblance to the previous Phantabear, this one too holds cash in its hands and was sold for 38 Ethereum. The NFT was sold by NFTsenz to TTscore and was transferred to A81EDA. The latter has some of the greatest NFT collections Azuki, Alpha Shark and many more.

For perspective, Azuki has occupied the number one position among the top collections on the OpenSea marketplace in the last seven days, surpassing those of other popular ones such as CryptoPunks and Bored Ape Yacht Club, among others.

This unique Phanta Bear has a sipper cup in its hand and, as per the traits, has milk tea in it. It was sold for 35 Ethereum on January 09, 2022. The current holder has over 308 NFTs in his collection, of which most are XRabbits and DoodleDucks.

The Phanta Bear has traits such as a playing card background, deep purple skin, stickers coach jacket, psychedelic camp cap, chain necklace, PHC guarder bag, glow green glasses and, as mentioned above, milk tea in its hands. The latter, incidentally, is present in only one per cent of all the Phanta Bears.

This Chinese themed Phanta Bear with a cap was sold for 33 Ethereum. The current holder has four NFTs in his collection and all of them are Phanta Bears. The Phanta Bear #1760 has certain traits which only 1 per cent of all Phanta Bears have and those traits include Gold ingot, and a Chinese background. Besides, it has a tang suit, magenta pink glasses, phorty cap, light grey skin and does not have any bag.

This particular bear has a bird in its hands, which, as per its traits, is a pigeon and was sold for 25 Ethereum on January 11, 2022. The current owner has collected over 36 NFTs, consisting mostly of CryptoApes, Phanta Bears and more and has listed the Phanta Bear #5137 for sale at 35 Ethereum.

The latter has traits such as a pigeon, which only 1 per cent of all Phanta Bears have, a red background, a gold chain cap, light blue skin, cross necklace, Hathaway tee, and red glasses.

This Phanta Bear holds two paintbrushes in its hands and flaunts vibes of a cool artist. It was sold for 22.99 Ethereum on January 09, 2022. The current owner has collected 7 NFTs and that includes four Phanta Bear NFTs and has put up Phanta Bear #3761 for sale at 200 Ethereum.

With a gold chain around its neck and ice cream in its hand, this Phanta Bear was sold for 20 Ethereum on January 09, 2022 and its current owner has put it up or sale at 28.88 Ethereum. The Bear has traits such as ice cream, a Chinese background, white beanie, money necklace, light blue skin, fabric splicing hoodie, copper glasses and a PHC guarder bag.

The Phanta Bear, with a background of a playing card, was sold for 20 Ethereum on January 13, 2022 and its current owner, in turn, has put it up for sale at 111 Ethereum. The current owner, an investor in True Global Ventures, has collected over 16 NFTs, of which two are Phanta Bears.

With a speaker in its hand, this particular Phanta Bear was sold for 20 Ethereum on January 09, 2022. The Bear adorns traits such as bone skin, racing suit, boombox, a red background, gold font tote bag, copper glasses and PHC necklace.

For an NFT collection that was released less than a month ago, the Phanta Bear NFTs have been doing exceptionally well in terms of sales and the upward momentum in prices of some of the NFTs in the Phanta Bear project augurs well too.

Perhaps it is due to the unique traits and access given to the owners that make people willing to pay higher prices for the NFTs. With such performance in the NFT market, Phanta Bear NFTs surely have a bright future ahead and will play a crucial role in further developing and expanding the overall NFT market.